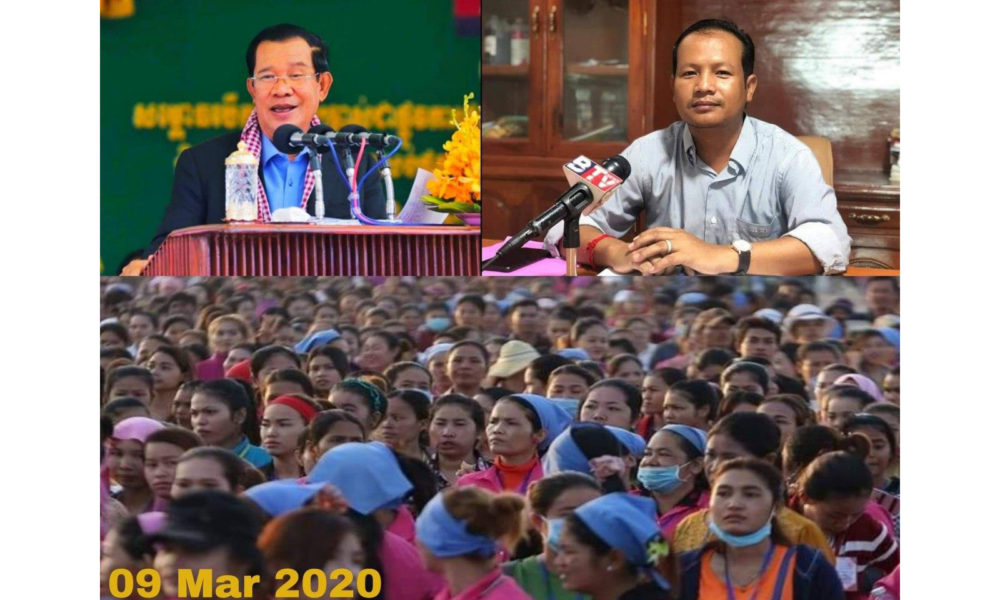 Phnom Penh: The President of the Union of Movement of Trade Unions, Mr. Pav Sina, thanked the head of the Royal Government of Cambodia for asking banks and microfinance institutions to help facilitate their work in case of layoffs. Lack of materials caused by the global outbreak of COVID-19.

Pav Sina expressed his gratitude to the Cambodian Prime Minister, Prime Minister Hun Sen, and announced that all banks and microfinance institutions in Cambodia will exempt interest from borrowing workers to reduce their hardship. Their while suspended.

Regarding the case, the president of the Coalition of Workers 'Trade Unions, Pav Sina, thanked the head of the Royal Government of Cambodia for understanding the workers' well-being in the event that they were suspended due to the factory's lack of raw material caused by the explosion. Global spread of COVID-19 virus.

“On behalf of a worker, I would like to thank the Royal Government of Cambodia for responding to two requests in addition to the Ministry of Labor's measures. At the same time, I would like the Ministry of Labor to closely monitor employers' compliance with their demands and request that all banks and MFIs help to facilitate the work of workers. ”