Over the course of five days, 191 trucks and technicians inspected Ratanakiri's Department of Public Works 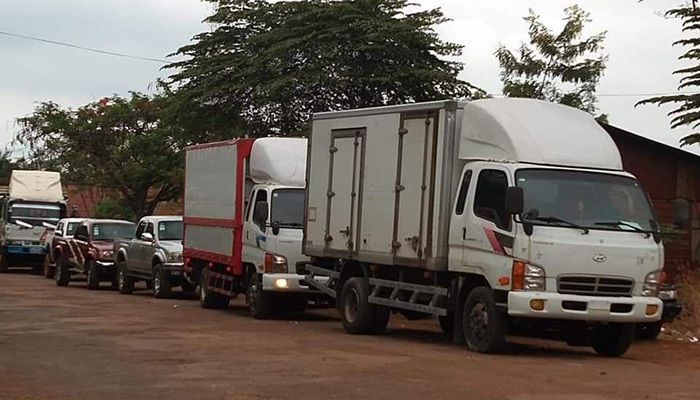 Over the course of five days, 191 trucks and technicians inspected Ratanakiri's Department of Public Works

Ratanakiri: People from all over have been checking their cars at the Ministry of Public Works and Transport for a total of 5 days, 191 large trucks, of which 164 are valid. Good and 27 are not good enough.

The deputy director of the Department of Public Works and Transport in the province of Ratanakiri province said that on the morning of May 4, 2020, a large number of cars and trucks were inspected at technical checkpoints. Technically, the vehicle is called Cheng in Ratanakiri.

As the Ratanakiri Provincial Departments of Public Works and Transport Department said that, in line with the tightening of the Road Traffic Law, effective May 1, 2020, the Provincial Public Works Department is doing its best to facilitate People who obey the law and come to the service in Rattanakiri province Automotive Review Center.

Please note that according to the contents of sub-decree 39 para. Chapter 3, Article 7, New Article 4 states that fined 180,000 riel drivers and 375,000 riel drivers for driving offenses without a certificate. Vehicle specification or use of a technical inspection certificate is invalid.

Therefore, all citizens should obey the traffic law as the traffic accident in 2019 left nearly 2,000 dead and thousands more injured until some became A lifelong cripple. In particular, leaving many widows and orphans, as well as damage to personal and public property, in the amount of $ 300- $ 350 million.