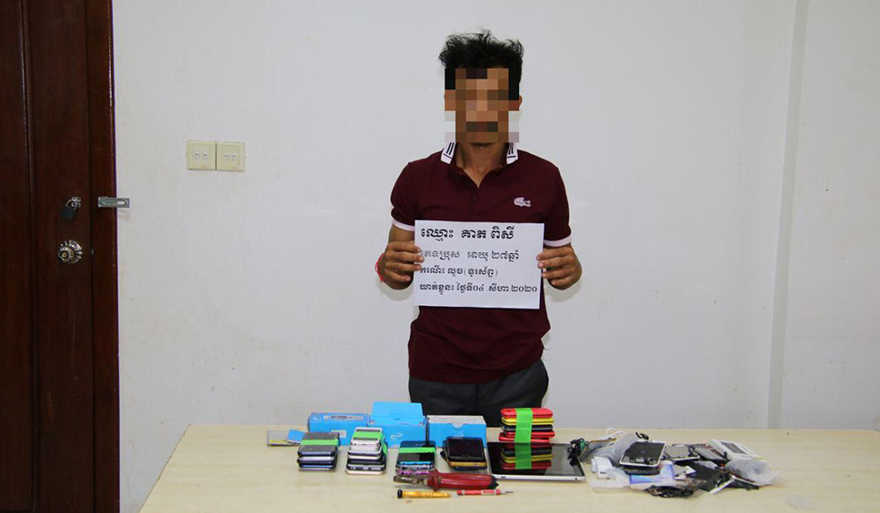 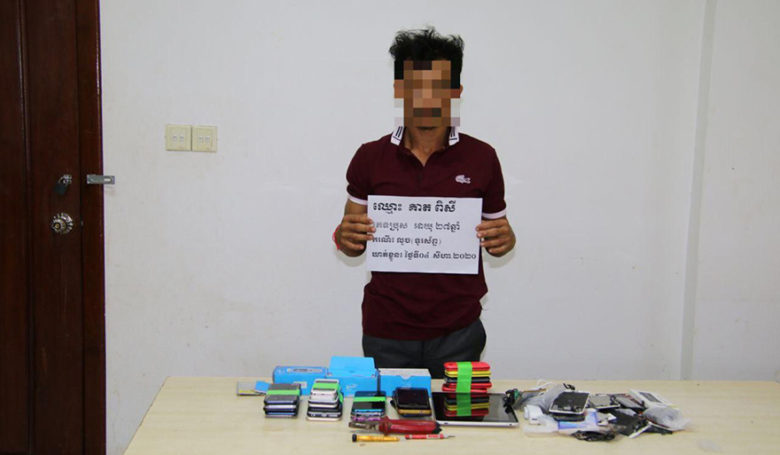 Banteay Meanchey Province: The suspect dug the roof of the stall, repaired the phone and stole many phones, but was arrested by the military police about an hour later And confiscated 16 mobile phones and sent to the provincial court on August 5, 2020.

Colonel Nuon Ninaro, Poipet City Gendarmerie Commander, said that a 27-year-old man named Snguon Piseth, instead of repairing his cell phone, lived there. Palilei village, Poipet commune, complained that a thief broke into the roof of a mobile phone repair shop and stole the phone when he Closed at around 3 pm on August 4, 2020.


Upon receiving the complaint, the military searched and identified the suspect, and about an hour later arrested the suspect and confiscated him. Found 16 mobile phones and some mobile phone accessories that he stole.

The commander confirmed that the suspect was building a case to the provincial court, while the mobile phone exhibits were handed over to the original owner On the other hand.