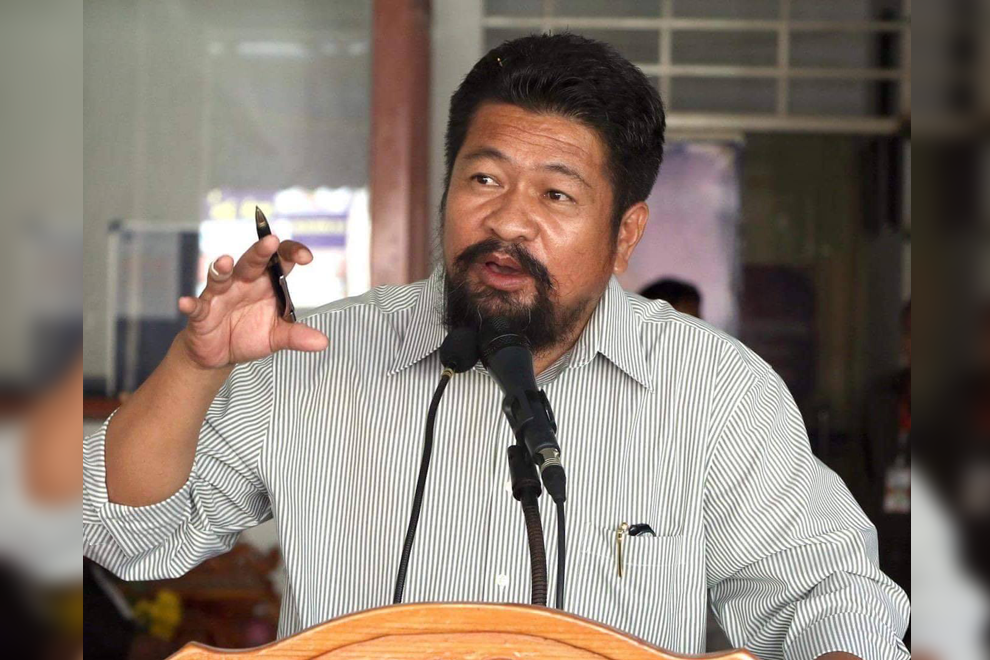 
Phnom Penh: Former CNRP lawmaker Ou Chanrath, along with a number of other former officials, is meeting to prepare legal documents to determine the name and logo of the new party. Submit to the Ministry of Interior before the end of January because can not continue to wait for the leaders of the former CNRP in Abroad can continue.

Ou Chanrath told the Post yesterday that the joint decision of former CNRP leaders was unanimous. The new party is continuing its meeting to prepare documents to submit to the Ministry of Interior.

"We are still in talks, however, before the end of January we must officially submit to the Ministry of Interior," he said. . We are looking at the logo, how should it be changed? We have two or three options that we do this. We can fix it and the name, we can fix it because we have a consultant on this name.

According to Chanrath, the ban on political rights by the Supreme Court ruling is also an obstacle to forming a new party.

"The general decision of some political officials is to support the formation of this new party," he said. At this time, just wait and see who comes out first, who comes out later. "Some are still afraid of being reprimanded by their supporters, and others are still hesitant because of their feelings for the old leadership."

Mr. Chanrath stated that the former officials of the former National Rescue Party generally want the dismissal, termination or suspension of the verdict to close political rights because of This is a good result for the process of forming a new party and a good reason for all political individuals not to hesitate.

He said the decision to form a new party was made because members of the former CNRP leadership could not continue to wait outside leadership. No more countries, while waiting for more than three years, there is no result that can resolve the political conflict at all.

Mr. Chanrath stated: "We have also waited one or two times so far, it is not possible to come to solve. "Anyway, the confrontation is still a challenge, there is no compromise."

Sok Isan, spokesman for the ruling Cambodian People's Party, welcomed the decision and the courage to announce the results of the new party. Of former opposition leaders.

"I encourage and respect the political rights of His Excellency Ou Chanrath, who has a strong will to compete in politics," he said. In the upcoming election. This action, as a former senior official in the former opposition party, is a loss of faith in the leadership of the outlawed group outside. The country.

Pa Chanroeun, president of the Institute of Democracy of Cambodia, said that any politician who has been rehabilitated in politics has the right to do so. Political activity or formation of a political party.

"Opening this new party is his right, but when it comes to solutions for Cambodian politics today, I'm like watching," he said. "I do not see any way out."

He said that Ou Chanrath's pattern was similar to that of several former CNRP officials who applied for political rights and Has opened some new parties in the past, which resulted in only one party, but the hand in hand to become a major political force is Not at all.

According to Mr. Chan Roeun, according to his observation, Cambodia's politics from 2018 to the present has two major political poles: the CPP pole And Paul, the opposition party, the former CNRP was dissolved in the past. Until now, among all opposition party officials, he did not see any person can replace Mr. Sam Rainsy and Mr. Kem Sokha.

"So the key or the lantern is still in the hands of these two leaders (Sam Rainsy Kem Sokha) for Voting in the upcoming 2022-2023. If the political situation remains unchanged, I do not see any politicians who can hide the shadow of Kem Sokha and Sam Rainsy in the opposition. Yes. ”