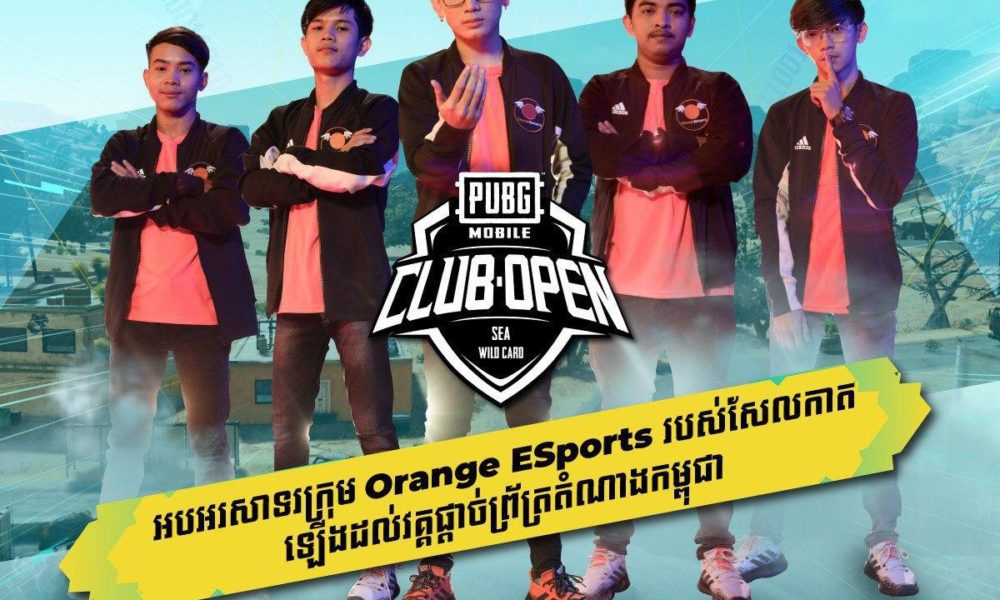 Orange Esports PUBG Mobile, one of the most prominent e-sports teams in Cambodia, will advance to the Southeast Asia World Finals after winning the PMCO Spring Split 2020 Wild Card Finals. Sunday, April 5 Recently.

The game is streamed live for free in Khmer on the Cellcard Play Facebook page. Through the management of Cellcard's production resources, Ice Frogz and Pro MENG, the popular Khmer commentators, were invited to comment on the competition's activities to help create a more immersive program atmosphere. .

Cellcard's partnership with Orange Esports and its support for the PUBG Mobile community in Cambodia is part of Cellcard's efforts to support the local gaming and gaming community as well as strengthen its position. The company is one of the fastest operators in the country.

Cellcard has been recognized as the winner of the Ookla Speedtest Award Winner in Cambodia for the third year in a row, so gaming fans will be able to enjoy the ultimate gaming experience.

The Southeast Asia World Finals are expected to be held on May 2 and 3, 2020.