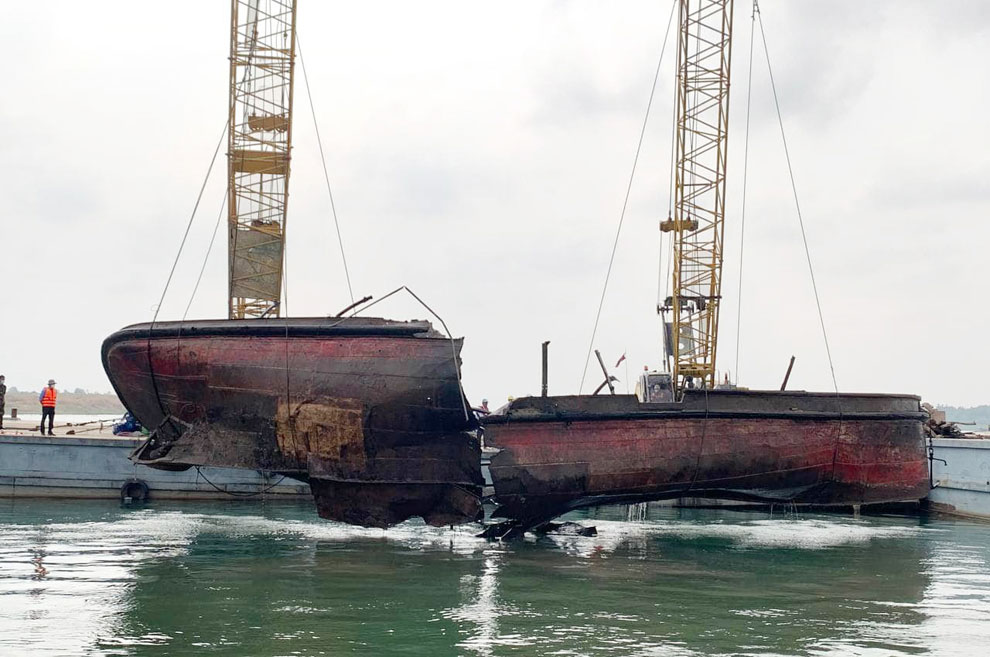 Mey Sophea, Commander of the Underwater Explosive Ordnance Disposal Command, told the Post on April 22, 2021 that His operator has already determined the geography at the bottom of the river and will begin collecting unexploded ordnance next week. Exit the sunken ship.

Mey Sophea said that after taking all the unexploded ordnance, the operators began to retrieve the ship. For this location, the operators spent a month researching to determine the exact location because of the water depth. There are about 30 meters.

“It took us up to a month to determine the location of the site,” said Mey Sophea. During this month, we were able to determine because there were up to 9 suspected locations, and we started to search one location at a time. Now we can determine. 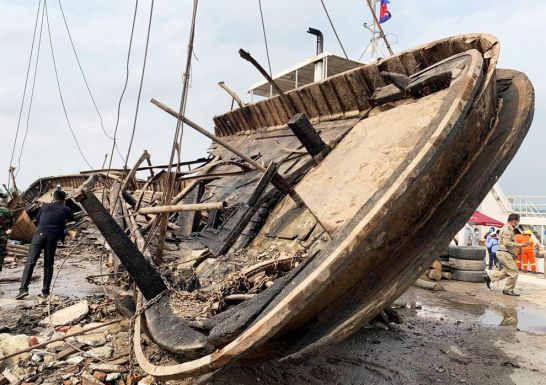 According to Mey Sophea, his team is currently preparing the necessary equipment in accordance with the geography and the visit. In the river where the ship sank, because this area has large types of bullets, if small bullets are easy to use force People to extract, but this is a B105 mm shell, and there are also larger bullets.

Mr. Mey Sophea confirmed that the location of the shipwreck above is located in Boeung Krum Village, Boeung Krum Commune, Lavear Em District, Kandal Province. Lon Nol troops with a capacity of about 800 tons, known locally as Plang Tong, opened the site on March 15. 2021, after receiving permission from the Royal Government of Cambodia.

According to Mey Sophea, the second site in Boeung Krum commune, Lvea Em district and two other sites in Prey Veng province's Peam Ro district will be used. One year to remove unexploded ordnance and ships from the river according to the plan and instructions of the head of the Royal Government .