One suspect, along with 40 small packs of drugs, was dispatched by a specialist 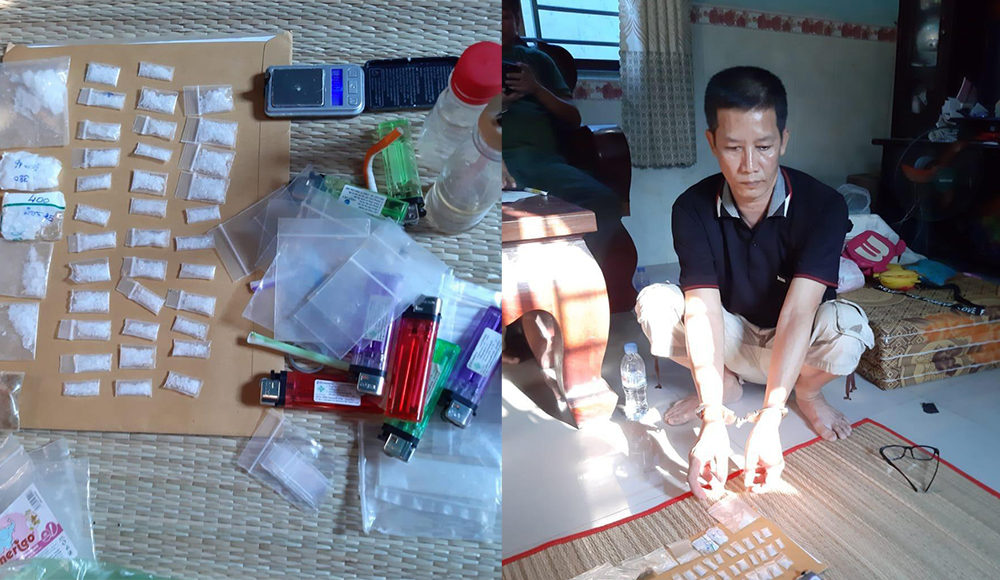 One suspect, along with 40 small packs of drugs, was dispatched by a specialist

Svay Rieng Provincial Anti-Narcotics Bureau with Bavet City Police Inspectorate launched a drug trafficking investigation into the arrest of one suspect at 13:30 pm on March 23, 2020.

The suspect, identified as Seng Leang Hav, is a 44-year-old Cambodian-born chef at a casino in Taib village, Bavet town, Bavet town, Svay Rieng province.

The operation was carried out following the order of Lieutenant General Kheng Khorn, the police chief of Svay Rieng province and under the direct supervision of Colonel Keo Sotha, Deputy Commissioner for Drug Abuse.

During the detention, special forces searched and seized evidence, including 40 grams of crystalline white powder, 40 packets of narcotics, 1 scale of weighing drugs and other packaging materials.

The suspect is currently being detained by the Provincial Anti-Narcotics Bureau in order to establish probation following legal proceedings.