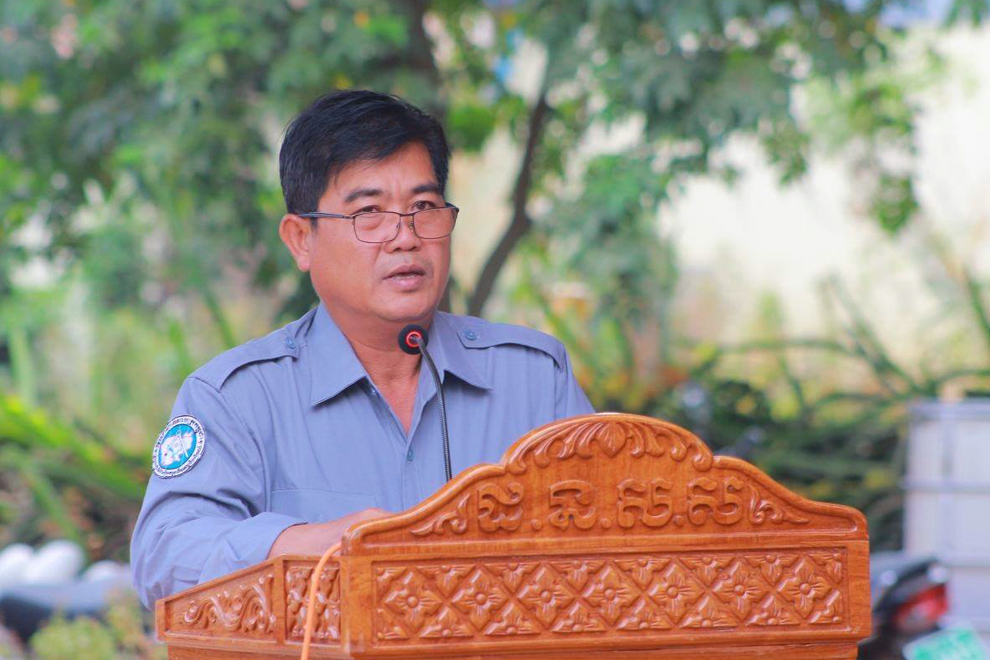 
Pailin: Nine officials gave a thumbs-up to Deputy Prime Minister Chea Sophara, Minister of Land Management, Urban Planning and Construction, requesting a change of chairman and deputy chairman. Pailin Provincial Land Department, alleging lack of leadership, lack of cadastral skills, partisanship and discrimination, but this accusation was denied by the director of the department and that the case The Ministry did not comply with the request.

According to a letter from a representative of the civil service of the Department of Land Management, Urban Planning, Construction and Cadastral Affairs of Pailin Province dated February 5, obtained by the Post from Yesterday, it was revealed that the proposal to exchange so that the department has a new leadership that can lead the work well has achieved internal consensus. A new environment is the spirit of cooperation and solidarity as a whole in carrying out the roles and responsibilities assigned by the state.

The letter states: "We are all dissatisfied with the leadership of the director of the department, So Sokhon, and the deputy director of the Cadastral Department, Keo Sovath. Incompetent leadership and lack of expertise in cadastral affairs, partisanship, lack of participation, opinions and decisions are not in the path of organizational structure and "The decision with the evaluation of these two individuals does not qualify as a unit leader."

The letter accused So Sokhon of incompetence in directing the department and leading to a deep internal rift. Assigned the job to the officer, but did not accept that officer to perform partial work, discriminated against and discriminated against the position of the framework officer not to fulfill the duty to use only the intern officer Accept feedback from officials as staff to misuse state budget, open mission, give only fifty percent, conspiracy to issue irregular cards For the benefit only.

As for Mr. Keo Sovath, he was in charge of cadastral work, but instead took a person with a bachelor's degree in construction as the Deputy Director of Land Affairs. Use the wizard for personal purposes, do not support systematic card issuance, try to procrastinate, do not always solve the problem for the registration team System. At the same time, for his own benefit, Mr. Keo Sovath ran a separate registration plan in the area to declare a systematic registration judgment. Let the second group pay for 2 months.

However, So Sokhon, director of the Pailin Provincial Department of Land Management, Urban Planning, Construction and Cadastral Affairs, told the Post yesterday that he had been informed that the deputy director The minister has already written a letter to the plaintiff, with no action taken.

Mr. Sokhon also denied allegations that he was partisan and discriminated against, claiming that he had never had any problems in the past. No subordinate officer. There is nothing wrong with normal work activities.

He said: "Work activities here are okay, it's normal for him to complain about him, we work normally, there is no problem Also. Among the plaintiffs, two were officials who had transferred the framework to the sub-national level and were not under the control of the department. No more. ”

Pailin provincial governor Ban Srey Mom also told the Post yesterday that she could not immediately comment on the official's actions. Of the Department of Land Management, Urban Planning, Construction and Cadastral Affairs, but she is monitoring the work performed by officials.

"It is not yet possible to say which side is good and which side is wrong, because we are new, we really know," she said. We all know you, but most importantly, my work is monitoring and researching all the work that has been done in the past, so I I have not yet answered how. ”