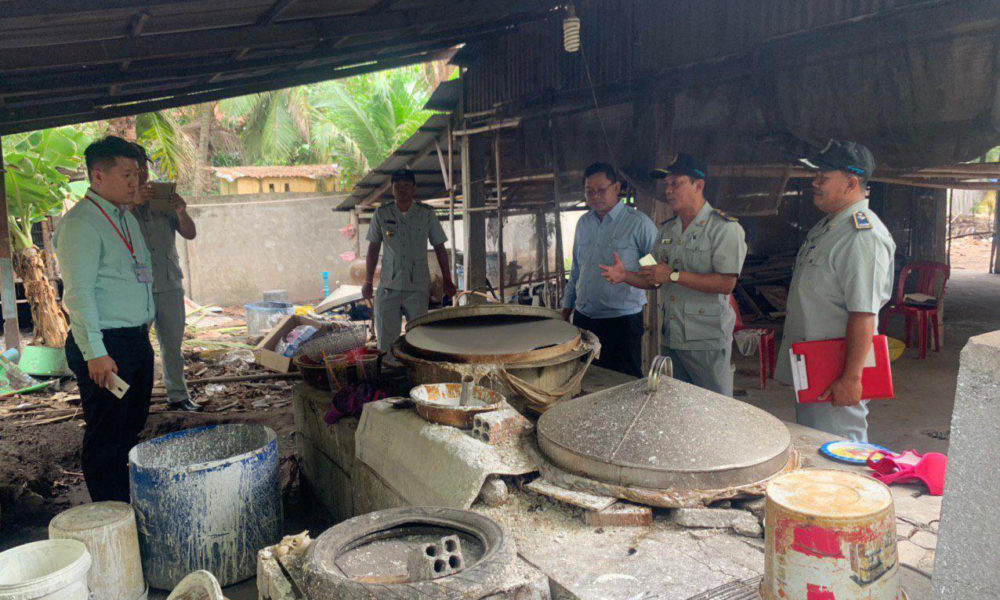 Svay Rieng: Officials from the Consumer Protection Branch Competition for Anti-Fraud Prevention and Control in Svay Rieng province discovered 5 kilograms of noodles of noodles and some quality goods in Prasat Market, Svay Teap district, Svay Rieng province on July 3. Then, in the afternoon of the same year, the specialists requested the Svay Rieng Provincial Court and local authorities to cooperate to inspect the site of Svay Rieng fiber in the village of Rattanak village, Svay Rieng town.

After the chemicals were found in noodles in Svay Teap district's Prek Phs market, our professional officials went to the production source to find out that the noodles in Svay Rieng province. The owner of Nong Sovannarith, located in Rong Ban Village, Svay Rieng City, also requested the provincial court to cooperate.


With careful examination and testing, he found 250 kilograms of noodles (borax) noodles in the Svay Rieng Craft Craft location, totaling about 450 tonnes of defective goods. The kiln was burnt down by the officials, while the owner of the noodles craft contracted to advise no longer produce borax noodles, which seriously affect the well-being of the people, and in the meantime Disable the manufacture of noodles.

“Every small craft that the people create, the officials will support and encourage more, but they must follow the laws that are set and produced in the right techniques, without the chemical prohibitions and the official will Continue to check the goods in the markets in the province frequently to ensure the safety of the people.