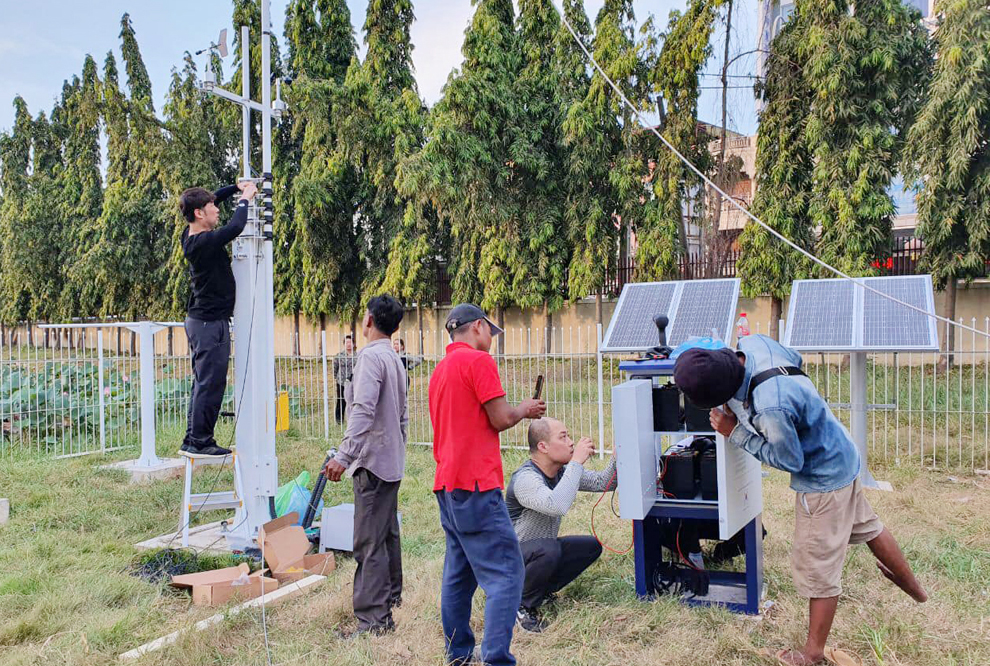 The Facebook page states: "The installation of additional automatic meteorological stations is another new achievement of the Royal Government of Cambodia in the field. Meteorology that improves the reception of detailed weather data to serve forecasts as well as weather alerts To the people to know the information more clearly and timely.

Oum Rina, director of the meteorological department at the Ministry of Water Resources and Meteorology, told the Post on February 3 that the installation of automatic meteorological stations had begun. Implemented after the device arrived on the night of January 16, 2021, and until Wednesday, the installation is complete. 14 stations in the capital-province.

He said the remaining automated meteorological stations were scheduled to be completed soon as they were to be completed. Installed in remote areas of remote provinces that do not have or still lack, such as Preah Vihear, Kampong Cham, Ratanakkiri and Tbong Khmum.

"In the past, we had some stations, but in some provinces there are no stations," he said. "So this help is to fill the gaps in the data we want from other provinces that do not have this station."

"Once we have equipped and installed the new automated meteorological station, it will be able to deliver in more detail," he said. Information to the Ministry of Water Resources to extract this information. Weather forecasting has a more insightful role in using data or analyzing data to provide local and regional information such as Storm or something.

"When there is not enough usage data and we can not forecast the weather in the long run, it will make us difficult or lacking," he added. Specific information about the weather or climate change. "So we need it, including in other areas such as transportation, aviation and agriculture."

Mr. Oum Rina said that the grant of 27 automatic meteorological stations, including the installation of equipment to manage weather data from The Republic of Korea is worth nearly $ 3 million.

Hem Udom, an environmental expert, said the installation of the new station was a positive step in providing information on the progress of the project. Climate change in the country to be able to prepare in advance when anomalies occur.

"Predicting the weather is only a part of it, because the main thing is participation," he said. Deal with natural disasters such as floods and droughts related to shared river use. It's a big deal for countries to discuss how to use these resources while sharing these data. It is still unclear. ”