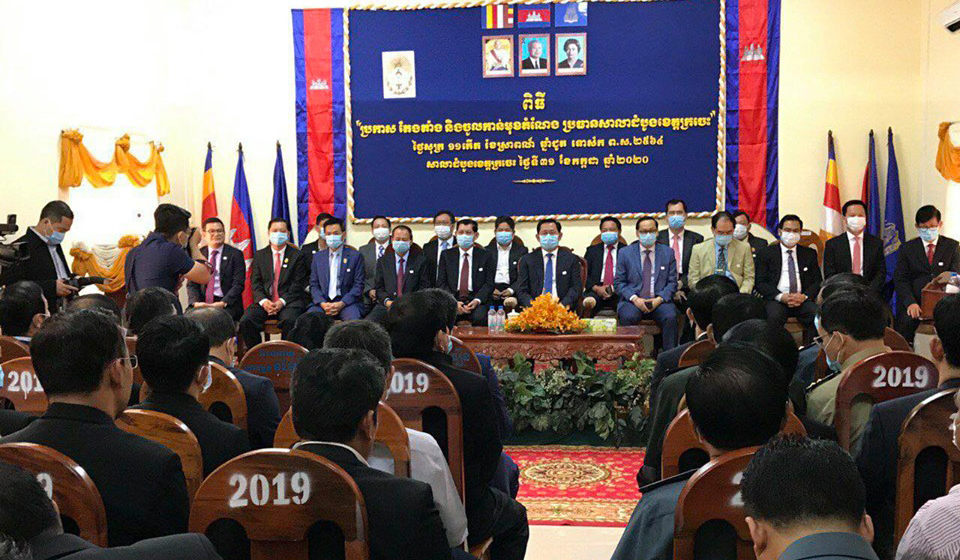 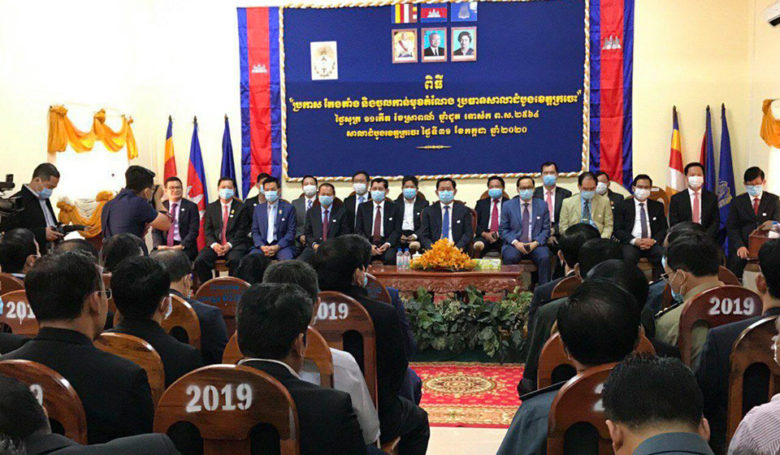 His Excellency Tob Chhun Heng, Former Deputy Chief of Siem Reap Provincial Court, has been appointed as the new President of Kratie Provincial Court by Royal Decree No. NS / RKOT / 0720/767, dated July 18, 2020, replacing Ms. In Manit, who was appointed to the position Judge of the Court of Appeal of Preah Sihanouk.

Taking this opportunity, HE Minister wished Ms. In Manith more success in her position as a judge. Of the Court of Appeal of Preah Sihanouk, especially to contribute to serve the justice sector to the people honestly and responsibly . At the same time, HE Minister also wished all the best to HE Top Chhun Heng, wish him more success. Continued from Ms. In Manit in leading the Kratie Provincial Court, as well as strengthening the implementation of the law properly and effectively to raise Elevate the quality of a fair trial.

First, judges, prosecutors, as well as all court officials must adhere to the approach.
The five most precious things of Samdech Techo Prime Minister are "mirror, bath, scrub, treat and surgery" to be the principle in performing the function and Its duties as well as to lead the tribunal unit.

Second, judges, prosecutors, as well as all court officials must adhere to their strictness in applying the law properly in order to Provide an impartial trial to ensure fairness to the people, especially abstinence The Four Noble Truths: Will, Punishment, Destiny, and Foolishness, as all judges and prosecutors swore before taking office .

Third, judges, prosecutors, as well as all court officials, must strictly adhere to the discipline and professional ethics of judges and prosecutors. Both during work and in daily life. "Adherence to its professional ethics is an important contribution to the promotion of the honor, dignity and prestige of the Magistracy. "It's own and indispensable contribution to strengthening public trust in the justice sector."

Fifth, judges, prosecutors, as well as all court officials and civil servants must pay attention to their work by strengthening internal unity and strengthening their duties. Good cooperation with relevant authorities and institutions to ensure the proper functioning of the judiciary as well as the effectiveness of Provide justice services properly to the people.

The Minister clearly emphasized to the ceremony that in order to continue the implementation of the judicial reform program, "the Ministry of Justice and the Supreme Council of the Magistracy will continue "Strengthen the discipline, ethics and cleanliness of the judiciary to further enhance the honor and dignity of the judiciary."