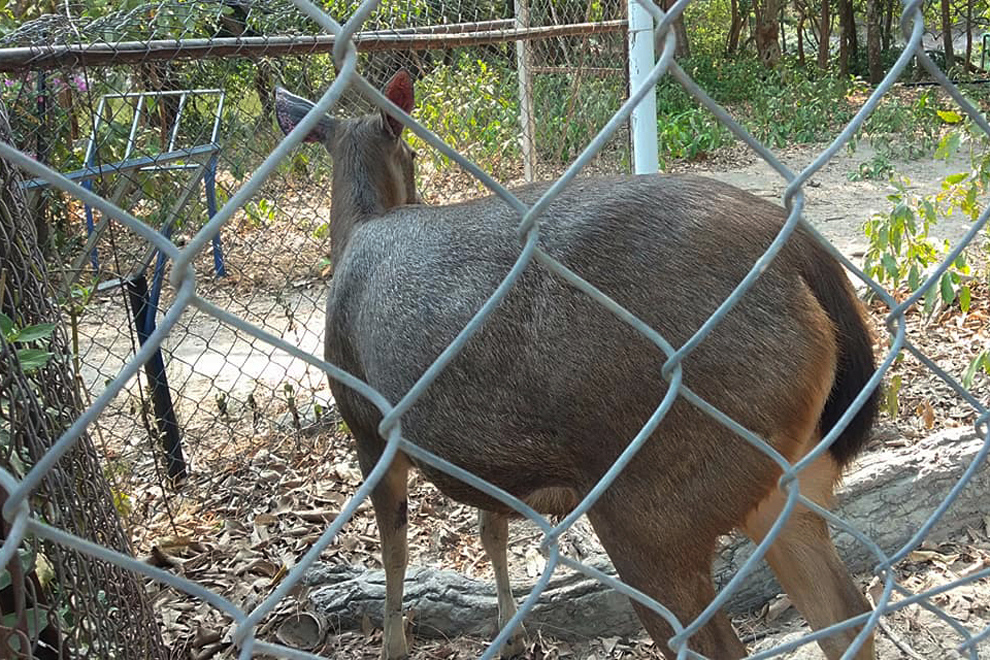 
Takeo: Many wildlife living in the Phnom Tamao National Parks, Zoo and Wildlife Rescue Center are facing shortage of drinking water during the season. Hot springs arrived, but officials were using water from other places to solve the problem. According to the Forestry Administration's advertisement.

The Forestry Administration highlighted on its official Facebook page Tuesday the response of the Phnom Tamao National Parks and Wildlife Rescue Center In an effort to conserve and conserve wildlife there, using the means of transporting water every week from the Tonle Bati In a built-in pool In the past year for wildlife to drink.

“Not only in the forested areas of the Tamao Park, the Zoo and the Tampa Wildlife Rescue Center are water shortages but In some protected areas, conservation measures have also been implemented, as without drinking water the animals would get sick Dies. ”

According to Sovann, the funding comes from ticket sales and sponsorship from partner organizations as well as reciprocal funding. A number of other governments, through the Forestry Administration, have been used for food procurement, medicine, and implementation of response measures This lack of water.

Nhek Ratanak Diamond, director of the Phnom Tamao National Parks and Wildlife Rescue Center, could not be reached for comment yesterday. Tuesday. However, a veterinarian at Phnom Tamao's zoo, zoo and wildlife rescue center, Nhem Thy, told the Post the lack of water in the area The forests of the zoo are once a year due to the shallow water in the area. Dry.

But before drying out all the ponds and reservoirs, the team at the Tamao Wildlife Park and Wildlife Rescue Center, Nhem Thy said. Always carry water from the Tonle Bati, the only source of water in the area to fill in some small ponds Reservoir for wildlife.

“So far, no wildlife has died or disease due to water shortage, despite being animal Some are a little thin. ”