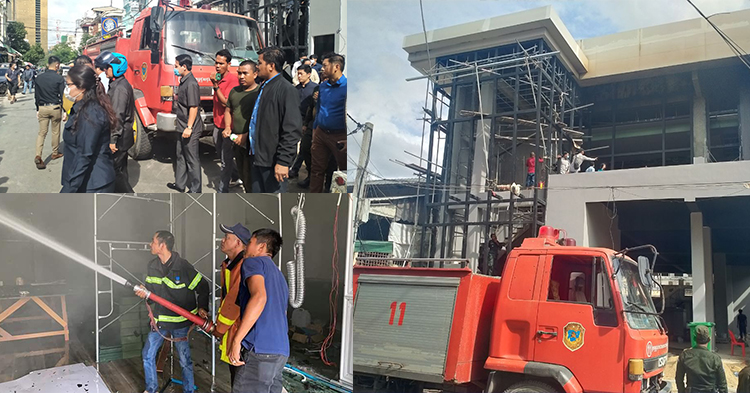 
Phnom Penh: Fire engulfs a newly built shopThe Kirirom cinema later surprised the residents and the workers who worked there.

According to workers, before the incident, they were painting the walls and some of the brothers were shopping. In preparation for setting the curtain, they suddenly turned to the flames

Out in the ceiling, they went to get some water and sprayed fire extinguishers but they could not prevent the fire from spreading. He also contacted local authorities to call the fire truck for immediate intervention.
Suddenly, the Phnom Penh Municipal Fire Service came down
Nearly half an hour of the day's curbs are gone.

It was also led by Mr. Khuong Sreng, the Governor of the Boeng Keng Kang Provincial Governor HE Tim Sam An to supervise Fear of injury to workers and fear of spreading to other people's homes.

The fire truck came in 3 but only six fire extinguishers were used.
Please note that one vehicle ran to fetch 3 more water for blocking
And use 5 fire extinguishers. After the fire was extinguished, there was some damage, such as ceiling panels and some more items. By: Sameth 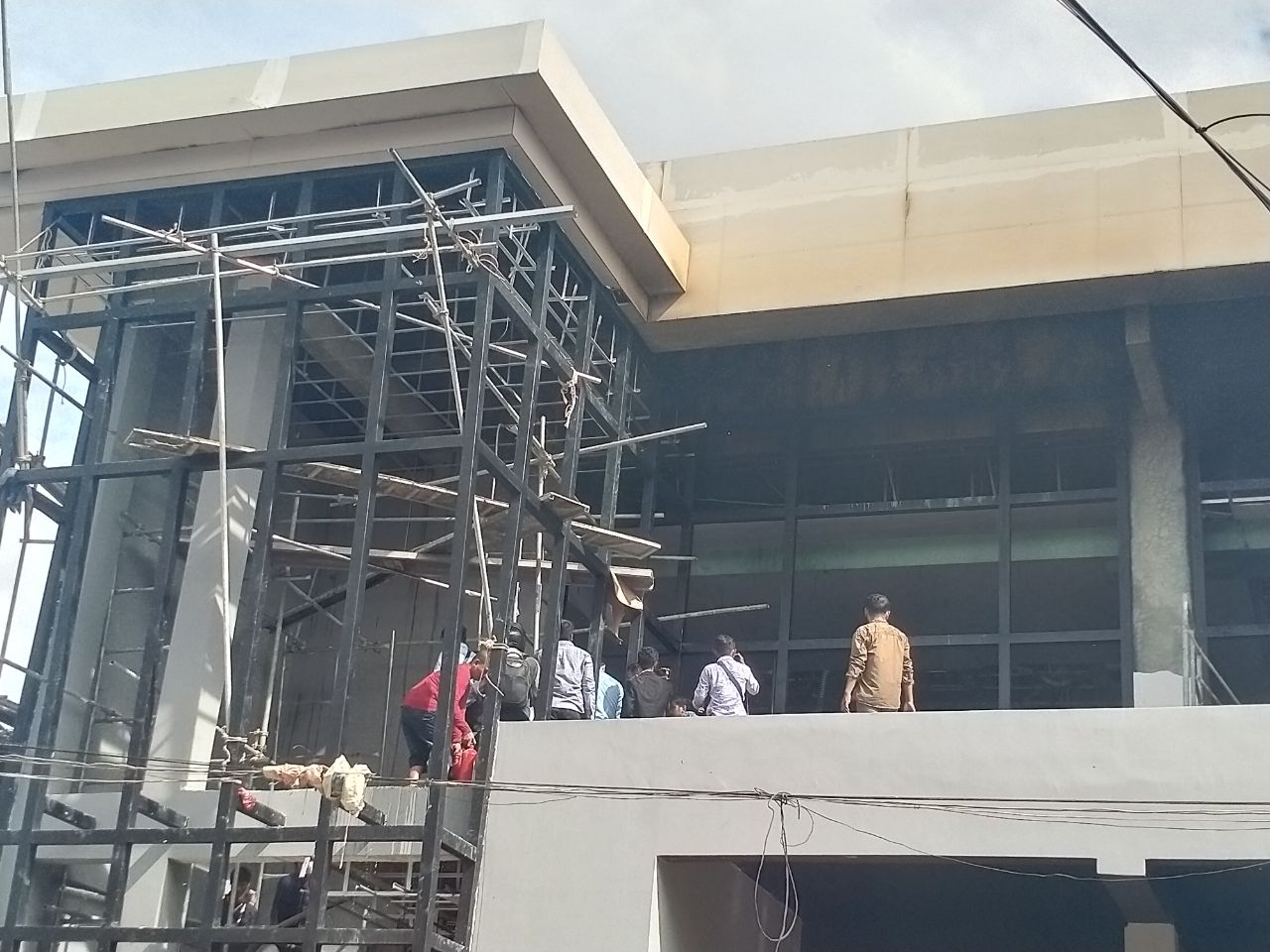 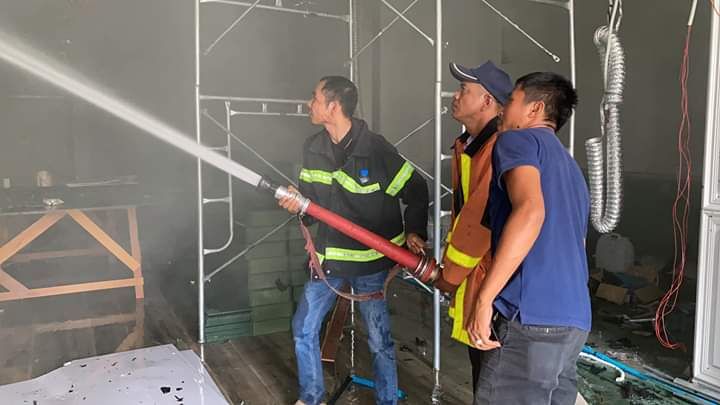 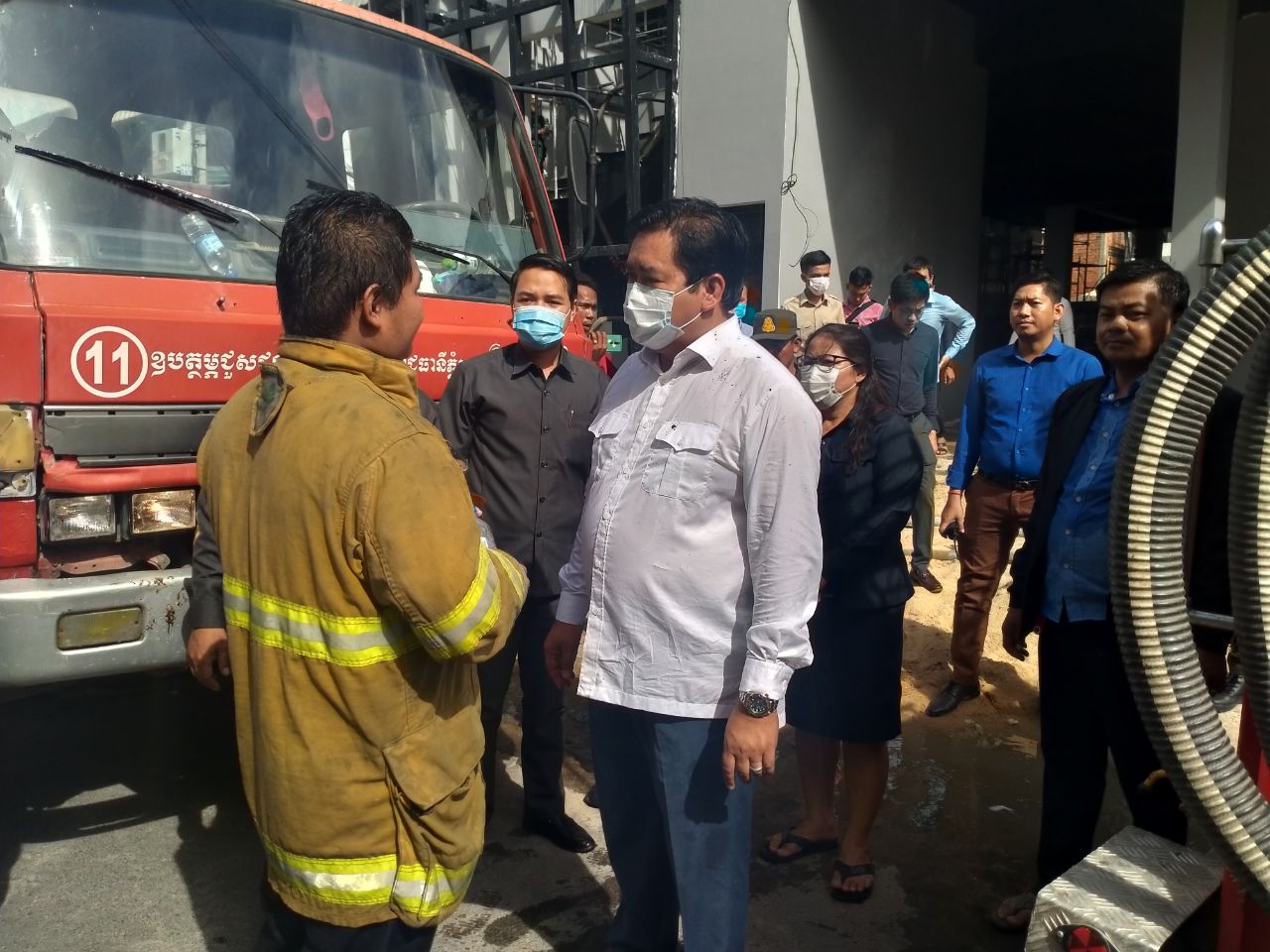 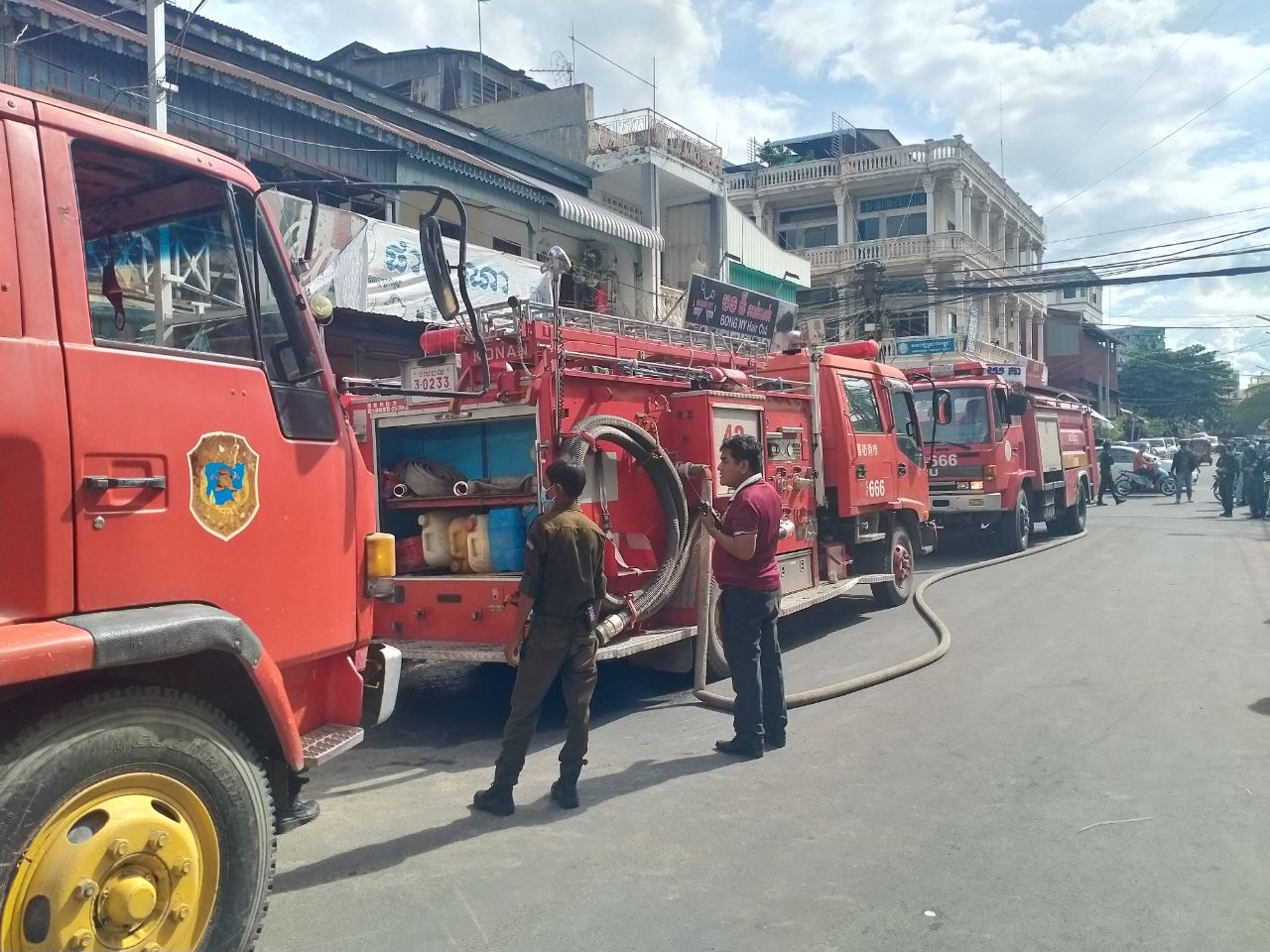 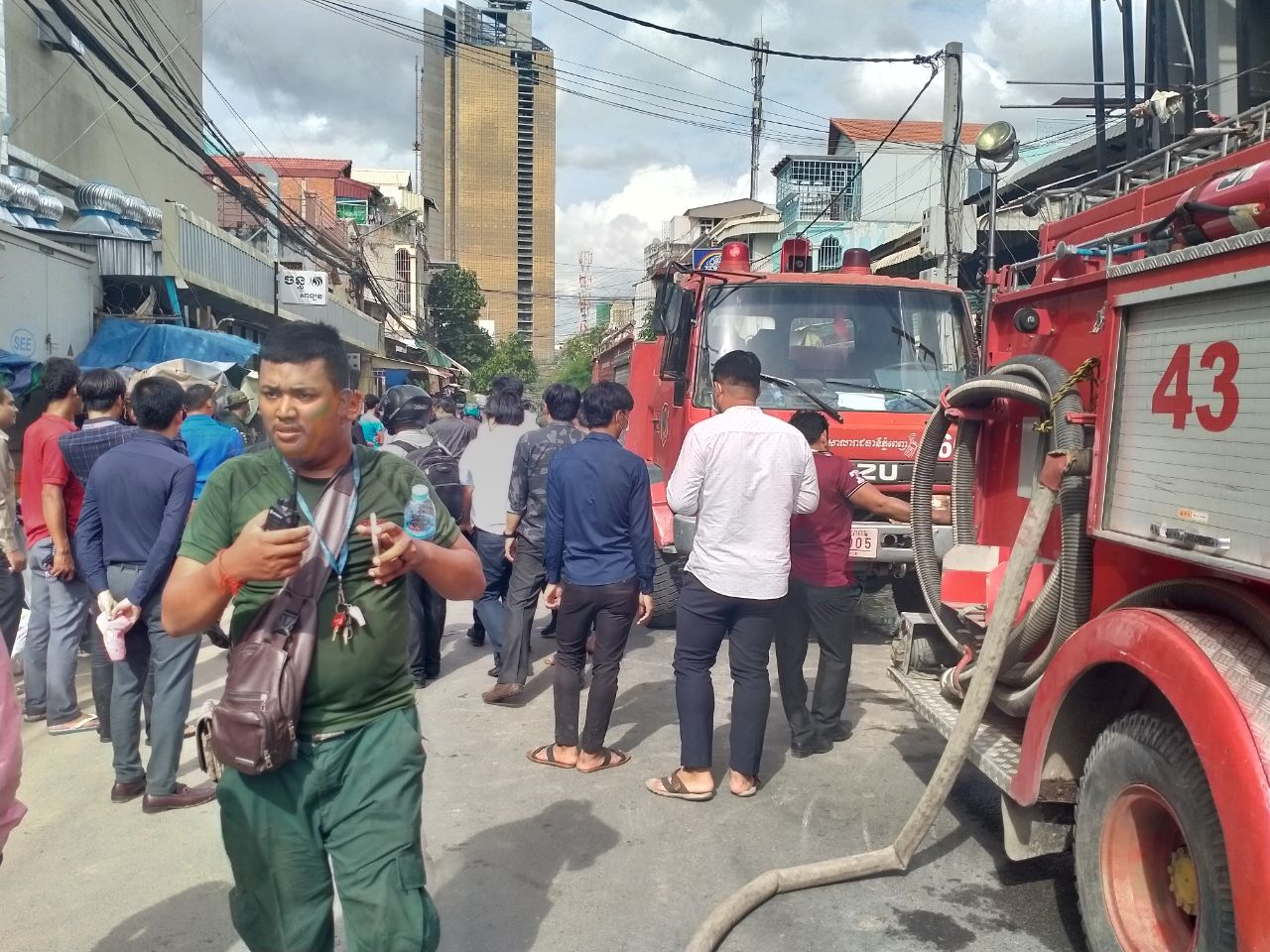 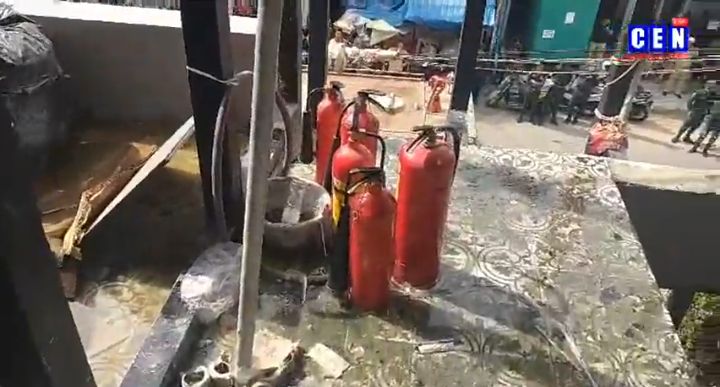 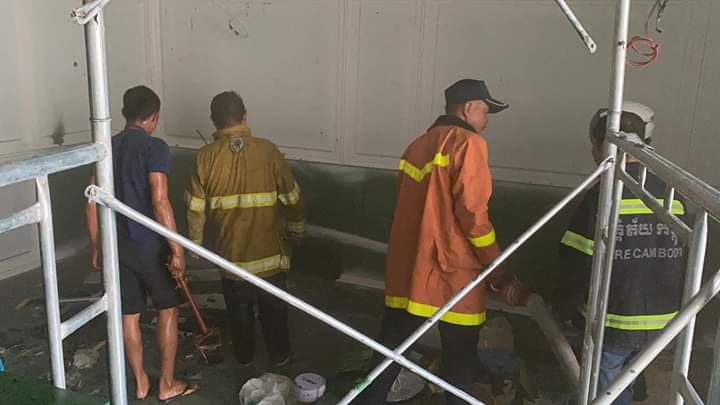 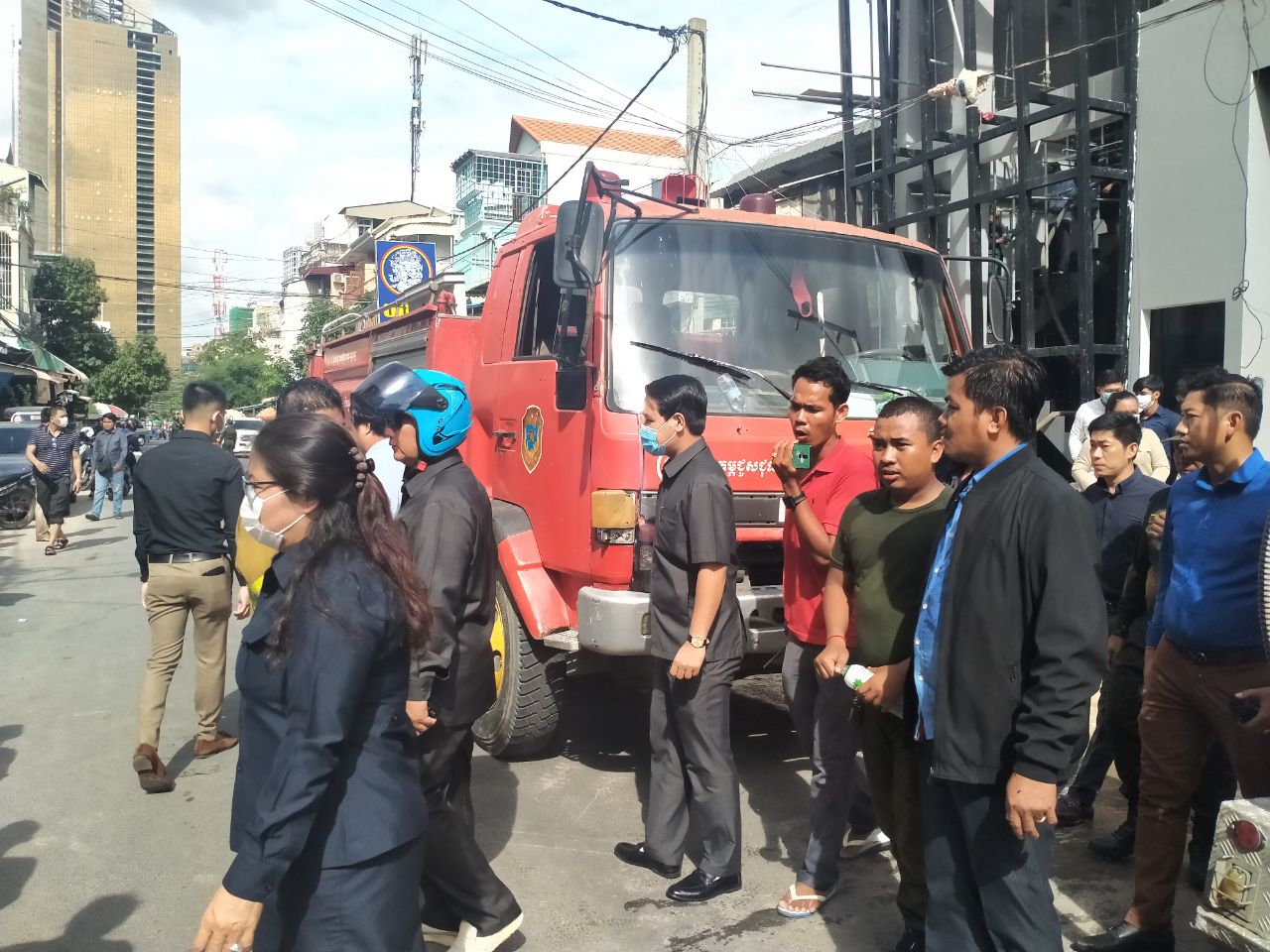 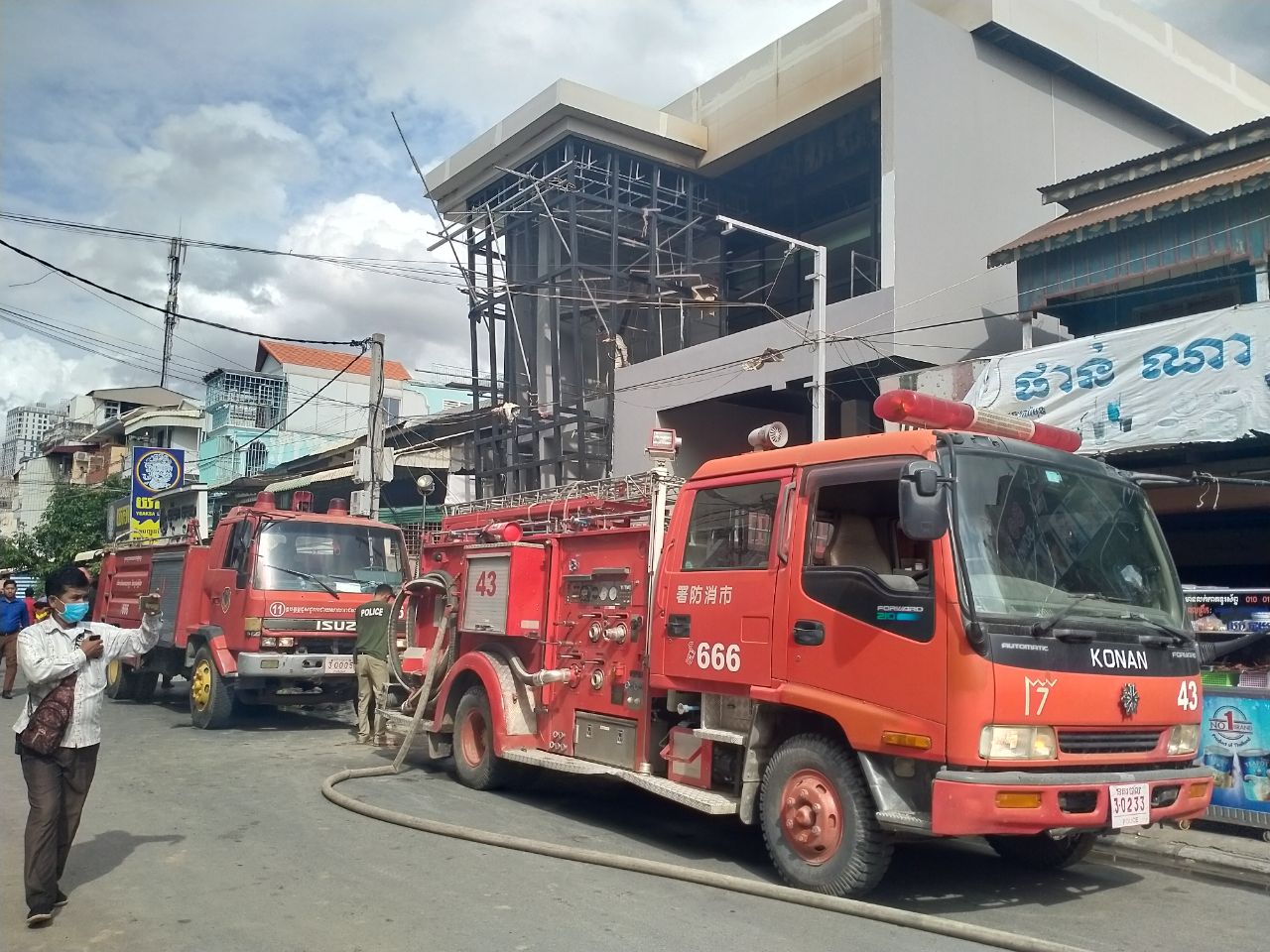 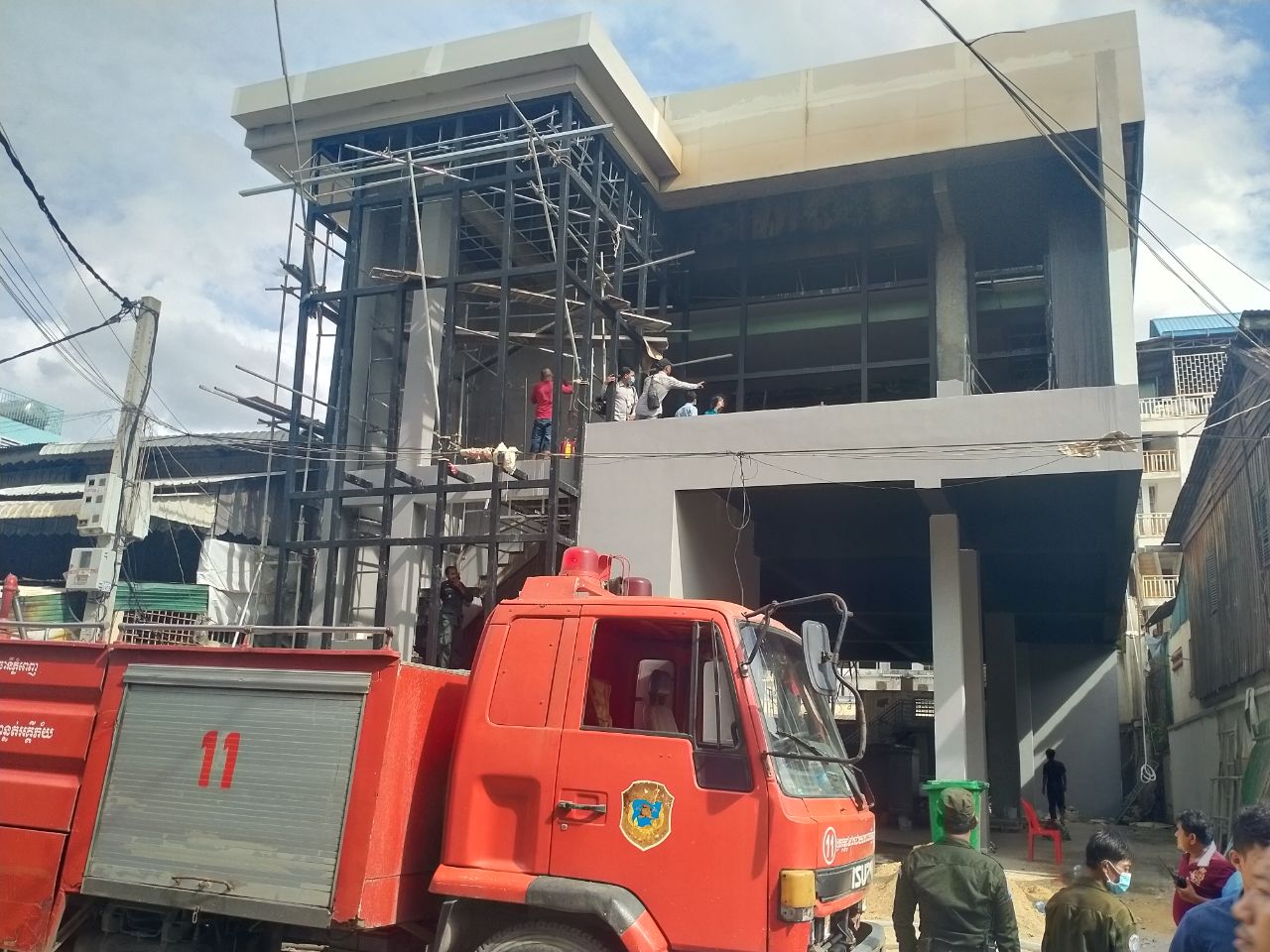 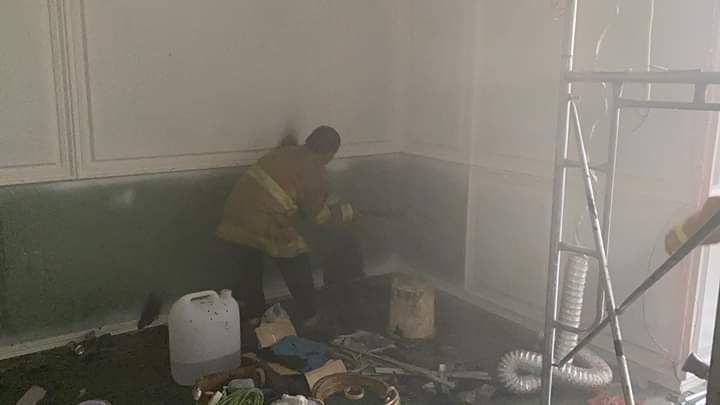 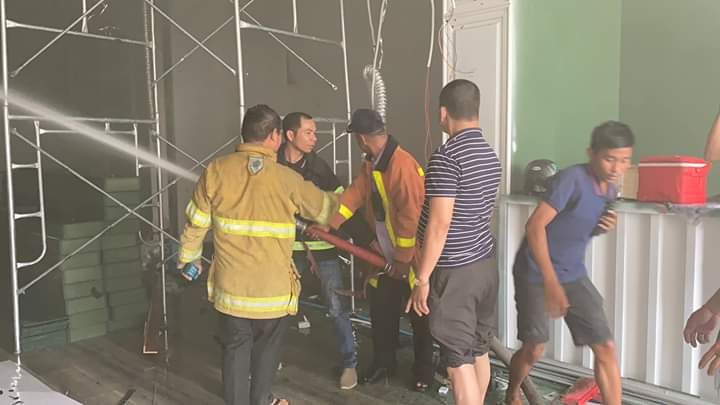