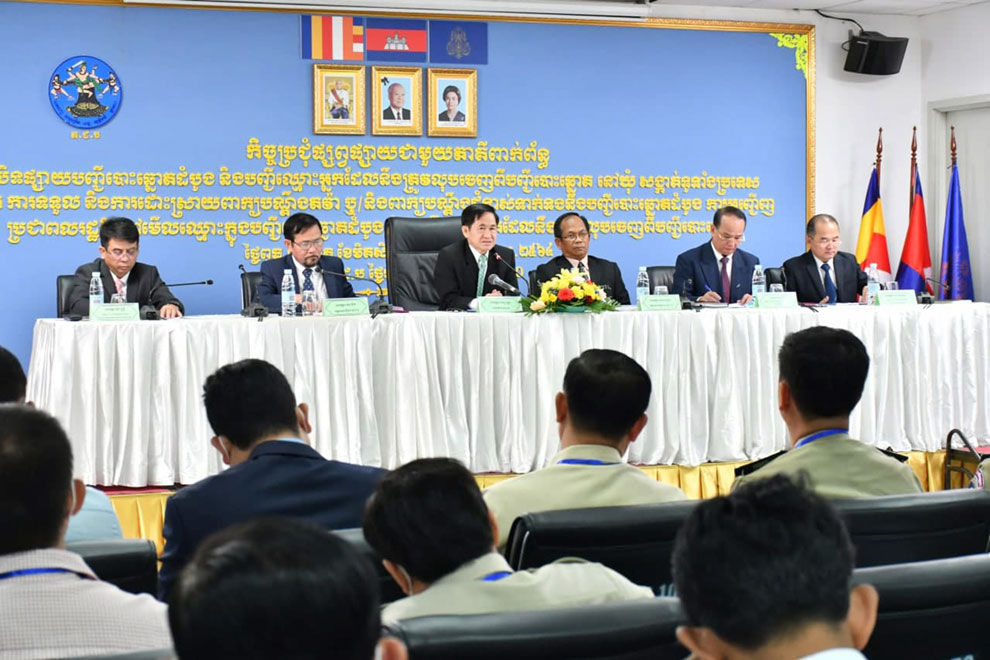 
Phnom Penh: National Election Committee (NEC) Receives 139 Complaints from Citizens and Political Party Representatives After Posting The first voter list and the list of those to be removed from the voter list on December 2. Observers request the NEC Resolve the complaints received correctly.

NEC Deputy Secretary-General Som Soreida told the Post yesterday that 138 complaints had been lodged with commune councils and one had been filed. The complaint was filed with the NEC. All 138 complaints were resolved at the Commune / Sangkat Council on December 5, 2020.

He added: "The other complaint that was complained to the NEC. Related to the punishment of the council from the LDP (League for Democracy) in Teuk Thla commune, Svay Antor district, Prey Veng province. These complaints, the NEC. Research has been done, but no decision has been made yet.

According to Mr. Som Soreida, most of the complaints came from representatives of the Coalition for Democracy, who demanded that the names of the people be removed from the list. Voting in which the party sees those citizens do not have sufficient housing conditions to register in that commune. But for this case, according to what the NEC. As a first step, the LDP did not have a letter (document issued by the authorities) stating that the complainant was indeed homeless. In the relevant communes.

He added that in other cases, it is the case of the people who asked to change the name and some other data. However, two people, one in Tbong Khmum and one in Prey Veng, filed a complaint with the NEC. To keep the name on the voter list after the decision to remove the name from the list of Commune / Sangkat Council.

NEC Spokesman Hang Puthea He said that the resolution of complaints by representatives of political parties and the people is the NEC. Based on existing procedures and laws. NEC Never do anything out of the ordinary and be extremely careful in handling each complaint. In the first stage, it must be resolved at the commune council. NEC Will continue to resolve if the complainant does not accept the resolution and decision of the Commune / Sangkat Council. If the complainant is not satisfied with the decision of the NEC. Can further appeal to the Constitutional Council.

"After resolving the three stages of the complaint, the NEC "The official voter list for 2020 will be posted on December 31, 2020 for the upcoming election."

LDP Secretary-General Chen Thon said that all of his party's complaints have clear evidence, not just one. As for the expectation of how to solve the result, he said that the LDP just wants to show the truth to the people.

"This is not just for the LDP, but for the general public to know the truth about the future of the nation," he said. Most of the lawsuits we are suing involve the illegal movement of citizens to register while they are not living in The commune that must register to vote.

Regarding this issue, Mr. Sam Kuntheamy, Executive Director of the Election Monitoring Organization (NICFEC) said that some representatives of political parties have complained. To the posting of the initial voter list and the names to be removed from the list in relation to addresses where citizens and witnesses are not present; They have to register.

"The posting of the initial voter list and the names to be removed from the list works well, but overall the political party representatives are Have the right to sue if you see any irregularities.

He continued: "The NEC. Should be resolved after receiving any objections to ensure that the voter list is accurate and valid for voting in The commune, the Senate and the National Assembly in the future.