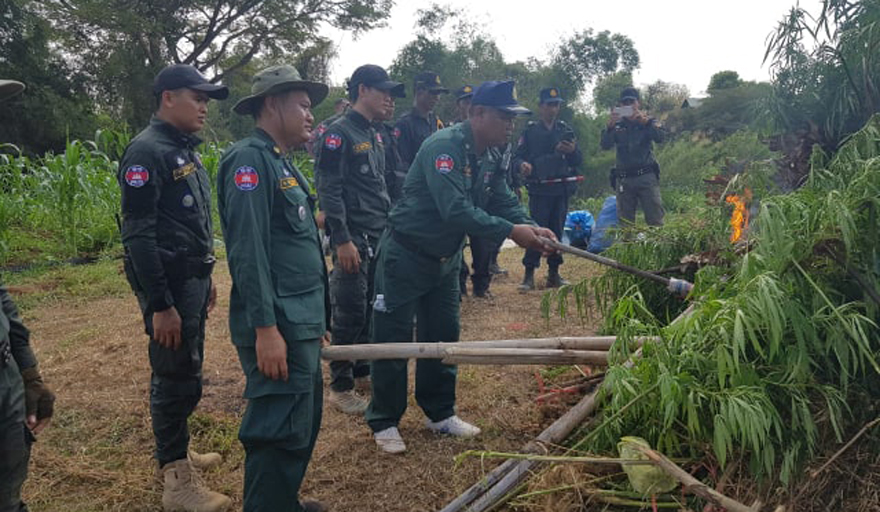 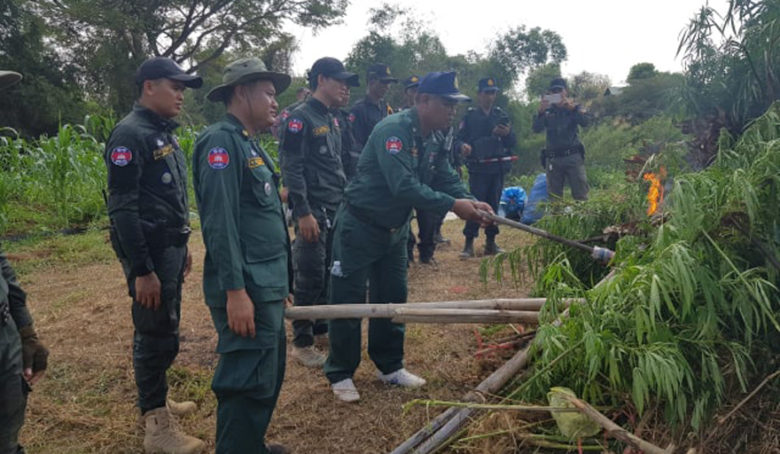 Battambang: At least 3,000 marijuana plants stolen by villagers illegally harvested and burned. At 9 am on the 25th, located in a piece of land near the river bank, Ta Tha village, Kolta commune. HEN, BALL COUNTY.

Lieutenant Colonel Sok Sarin, Chief of the Bavel District Police, who led the operation. It is learned that the special forces of the Inspectorate have cooperated with the forces of the Kant Ta Hain police station along with the defenders. Eliminate illegal marijuana plants grown on the ranch's name Russian 68-year-old.

Inspectors said that the owner of the plant stole the marijuana crop in violation of the prohibition law, but after the report came into force And request a request to the Provincial Commissioner for demolition and on-site burning.

According to the report, the number of cannabis crops destroyed and burnt totaled two, 770 trees. The seeds and some of the marijuana trees were also burned. But according to the principle of the Provincial Commissioner, we had to bring the owner of the plant for questionnaire and the labor force worked. Educate and contract to stop the illegal cultivation of marijuana.

According to Baldin District Inspector Sok Sarin, the response to the owner of the farm and the search for excessive marijuana cultivation Such is the goal of the owners of the market, which is against the law. That's why the provincial commissioner ordered all the crackdown and confiscation to burn down, but the owner of the plant went back. Residential after contract and education.