Nearly 2,000 heavy trees to be planted on both sides of Street 217 in Dangkor next week 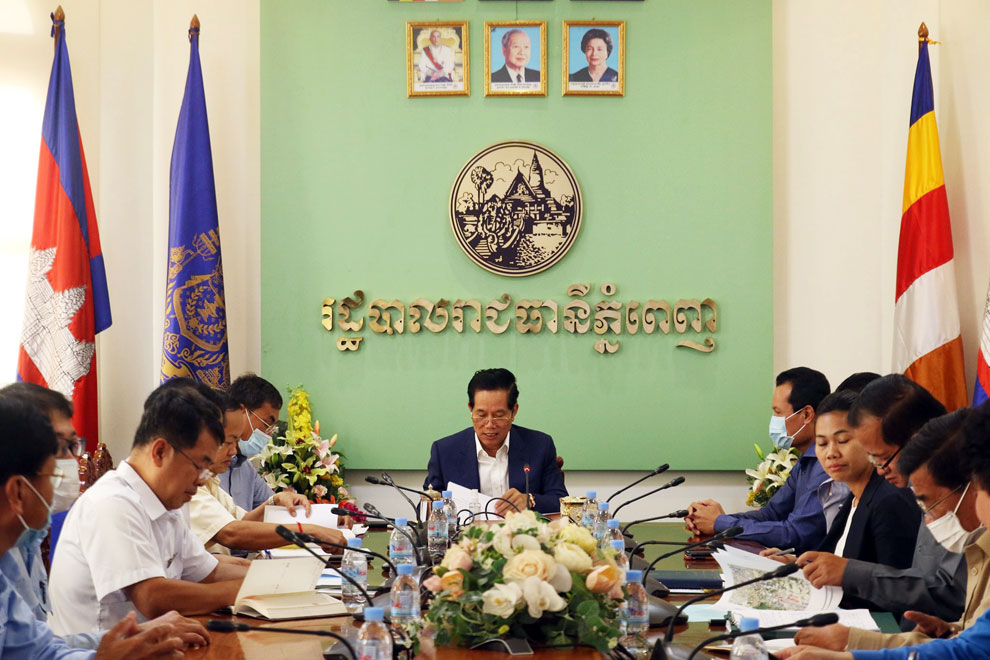 Nearly 2,000 heavy trees to be planted on both sides of Street 217 in Dangkor next week


Phnom Penh: Nearly 2,000 heavy trees will be planted by officials of the Department of Public Works and Transport of Phnom Penh on both sides of the road No. 217 from the entrance of Choeung Ek Center to the roundabout in Dangkor district on September 3 to make Phnom Penh Green plants and promote a better environment.

Mr. Sam Samuth, Head of the Garden and Plant Unit of the Department of Public Works and Transport of Phnom Penh, said yesterday that under the leadership of Mr. Khuong Sreng, Governor Phnom Penh Governor has decided to direct his unit to plant nearly 2,000 trees in collaboration with officials Of the Department of Agriculture, Forestry and Fisheries of Phnom Penh and local authorities in Khan Dangkor.

He said that the trees to be planted are not small saplings, they are big trees that are about the size of a calf. There are about 1,500 to 2,000 trees. The trees will be planted on each side of the road about 8 meters apart along Street 217 in Dangkor district. Start planting from the entrance of Choeung Ek Center to the roundabout at the border of Kandal province on a distance of 7 km on each side (equal 14 km).

"We plan to start planting heavy trees on September 3, with officials from the Department of Agriculture, Forestry and Fisheries," he said. Phnom Penh and Dangkor Local Authority. Authorities also called for the participation of the people. In particular, we call on people to help take care of the trees planted in front of their homes. Because some trees have to be planted near his house.

Dangkor district governor Kim Nheb yesterday declined to comment, saying she was busy with meetings. However, the website of the Ministry of Information quoted her as saying on September 1 that she fully supported the project to plant luxury trees in Along Street 217. She claims that planting this tree can prevent the abuse of street food by some people and improve the environment in Dangkor district, Phnom Penh Well.

Mr. Sieng Borin, Director of the Department of Agriculture, Forestry and Fisheries of Phnom Penh, could not be reached for comment yesterday. No.

In a meeting with authorities and relevant officials at Phnom Penh Capital Hall on August 28, Mr. Khuong Sreng also introduced to Dangkor District Authority, Department of Agriculture and Forestry. Phnom Penh Hunting and Fisheries and Phnom Penh Department of Public Works and Transport must instruct the people living along Street 217 Collaborate and take good care of the trees planted in front of their house.

He said that all relevant officials must study carefully before planting these trees, taking into account the size of the project. Expand the road above and consider the drainage system already. Avoiding problems in the future that could lead to tree felling is unfortunate.

In 2019, the Phnom Penh Capital Administration planted luxury trees along 60 meters of the road (Samdech Techo Hun Sen Blvd.) in Meanchey district and Dangkor district has 15,000 trees. On the public road in Tuol Kork district, 300 trees were planted in Kambol district, 500 trees were planted and in At the base of the Chroy Changvar bridge on the west bank in Srah Chak commune, Daun Penh district, there are 300 trees. Previously planted trees in Phnom Penh – a total of more than 50,000 trees.