Ms. Men Sam An Presides Over the Groundbreaking for a School Building in Kampong Ratt District 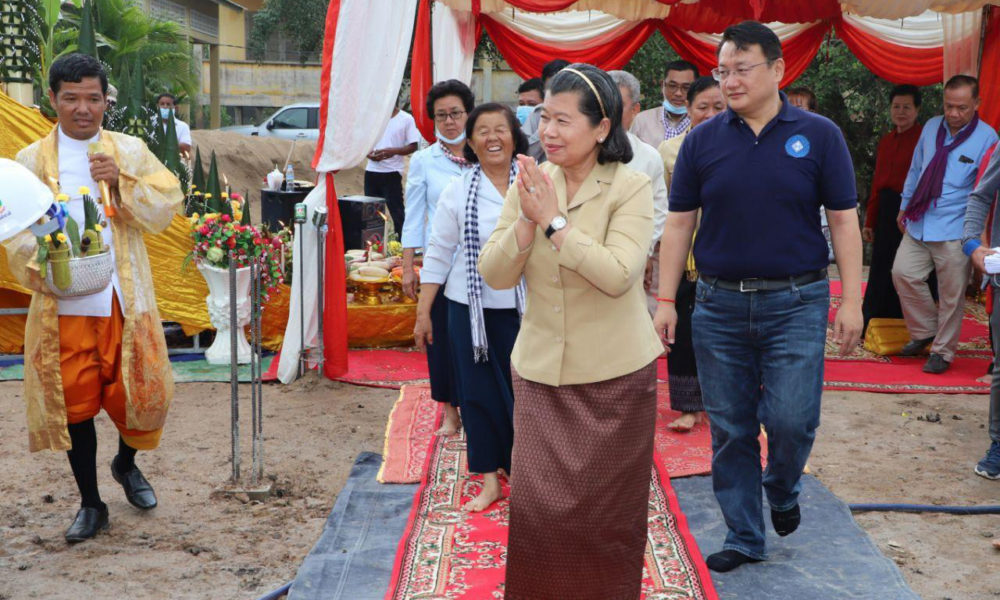 Ms. Men Sam An Presides Over the Groundbreaking for a School Building in Kampong Ratt District

According to Sao Pring, director of Chup Pring Primary School, the increase in local students year-on-year increases the lack of schools in response to his calls and the thinking of the leaders at all levels. The class also had a generous donation to help build one more school with the ground breaking today.

He added that the school, which is currently under construction, is 32 meters long and 9 meters wide, with 4 rooms as a gift from the Gigarris Special Economic Zone Company located in Kandieng Commune, Svay Teap District, Svay Rieng Province.

The Honorable Dr. Men Sam An insisted to equip all builders how to build this school building in accordance with the technical standard for long term use and not only one school is a resource training ground. The important people for the rural children have learned to become knowledgeable masters of the nation. Not only that, it is important that every family be involved in preventing the spread of polio 19, especially not to forget because Cambodia has just found two new infections.