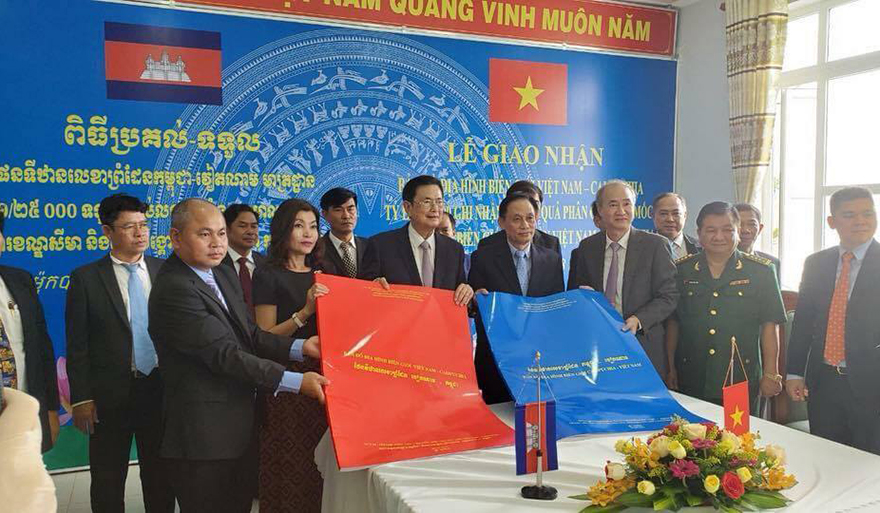 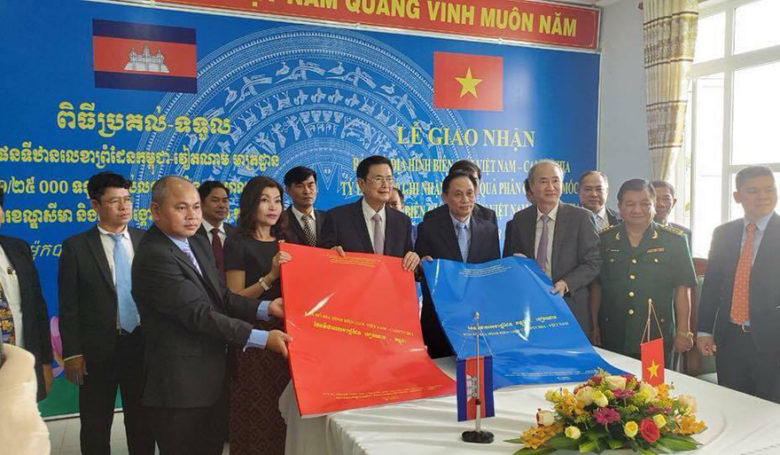 Phnom Penh: According to Ms. Koy Pisey, Deputy Chairman of the Cambodian Border Affairs Committee, this morning, August 3, 2020. That Cambodia-Vietnam held a hand-over ceremony to receive a 125,000 scale land border map between the Kingdom of Cambodia and the Socialist Republic of Vietnam Mokbai International Border Gate, Tay Ninh province, Vietnam recently, in which she claimed that it was a map of the Cambodian border. Modern Vietnam has arrived in Cambodia.

She added that the Cambodian delegation was led by HE Var Kimhong, Senior Minister for Border Affairs and Chairman of the Joint Commission. Boundary demarcation of Cambodia and the Vietnamese delegation led by HE Le Hui Trung, Deputy Minister of Foreign Affairs and Chairman of the Joint Boundary Commission Vietnam Land Border Meeting Meets and Receives 1/25,000 Land Border Map between the Kingdom of Cambodia and the Socialist Republic of Vietnam at the Border Gate Mok Bai International, Tay Ninh Province, Vietnam on 1/8/20.

Ms. Koy Pisey also stated that the Cambodian side is represented by her (Koy Pisey, Deputy Director of the Permanent Secretariat of the National Authority) And Vietnam, represented by Mr. Phuong The Long, Deputy Chairman of the State Boundary Commission of the Ministry of Foreign Affairs. Agreed to accept 500 original copies of boundary map book, including 250 copies in Khmer-Vietnamese and in Vietnamese- 250 Khmer copies compiled into an album (album) well according to technical standards for use in each country The body goes on.


She added that the 1/25,000 scale Cambodia-Vietnam border demarcation map fully shows the results of the demarcation and demarcation of about 84% of the border. From achieved. This map is a modern digital map 4.0 that clearly shows the boundary line, common border posts and geographical situation on Real land is precisely easy to use, unlike the 1 / 100,000 scale carbon map. (Edited by: Thida)