MRC Concerned About Low-Tide and Discoloration of Mekong River 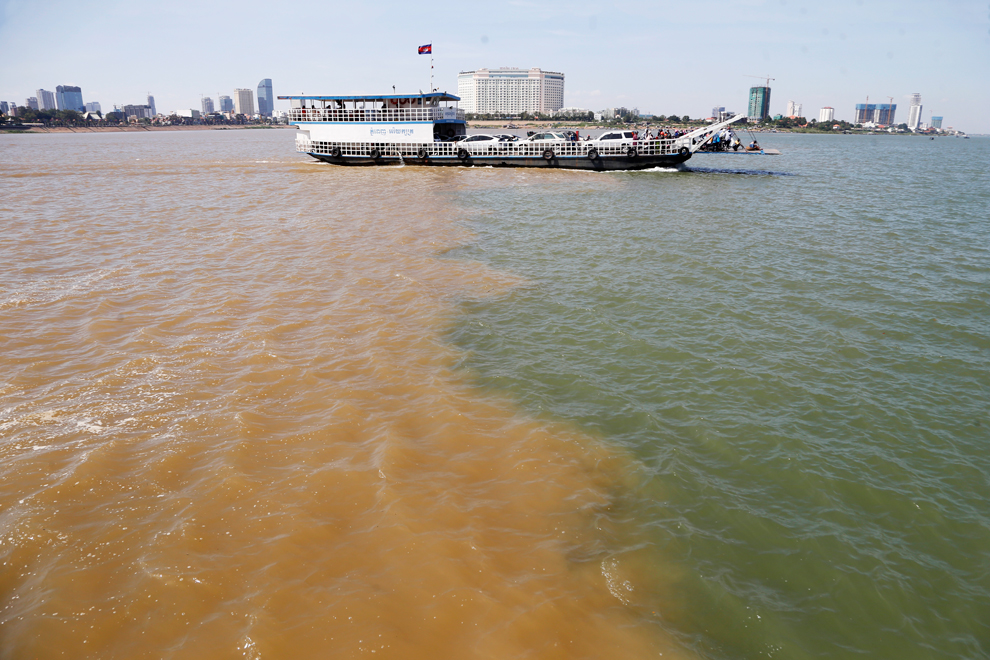 MRC Concerned About Low-Tide and Discoloration of Mekong River


Phnom Penh:The Mekong River Commission (MRC) has expressed concern over the alarmingly low levels of the Mekong River and the water's discoloration. Green in some areas, which will affect countries in the region, including Cambodia, on agricultural crops and affect To the movement of animals that live in the water.

The MRC report, released on February 12, said the drop was due to the Mekong River between the Jing dams. Jinghong in China's Yunnan Province and the Mekong Delta in Vietnam have fallen alarmingly. Strong.

The Mekong River level has dropped significantly since the beginning of this year due to less rainfall. Change the flow of hydropower in the Mekong Delta and restrict the flow of water from the Jinghong Dam.

Declining Mekong water levels could affect several countries along the Mekong, including Cambodia, Thailand, Laos and Vietnam. Some provinces and areas in Cambodia that will be affected include the river level flowing from Kampong Cham, Neak Leung, Tonle Bassac in Phnom Penh and Prek Kdam are declining steadily. The water level in the lower reaches of the Mekong River in Stung Treng and Kratie provinces varies between -0.02 m and 0.05 m. According to the MRC, since January, the water level in the Mekong River has dropped by an average of 0.20 meters daily.

Winai Wangpimool, technical support director of the MRC Secretariat, said: "If the water level continues to fall, it will affect To river transport, fish migration, agriculture and river harvesting to help countries in the region Lower Mekong to manage risk more effectively We call on China and the countries in the Lower Mekong region to Share their water release plan with us.

Meanwhile, MRC Secretariat Environmental Manager So Nam said: "As in 2019, the current blue-green water phenomenon is likely to expand. "It extends to the Mekong River and other places where the water flow is low." This will affect fisheries biodiversity, reduce fish harvests and threaten the livelihoods of local communities.

The Post could not immediately be reached for comment by Chan Yutha, a spokesman for the Ministry of Water Resources and Meteorology. He said at a press conference in August last year that the low water levels of the Mekong and Tonle Sap rivers were Closely related to the effects of El Ni ណូo, and this phenomenon has less impact on rainfall, which is In part, the Mekong River recedes.

In October last year, the Chinese Ministry of Water Resources signed an agreement with the MRC, expressing its commitment to sharing irrigation information. With countries along the Mekong to ensure that they can be prepared for major floods and droughts.

According to the MRC, according to its monthly rainfall monitoring since November 2020, the average rainfall is low. Fell to 25 percent.

Please be informed that the Mekong River has a total length of more than 4,000 km, which is considered an important source of food security and Rich ecological services for nearly 70 million people.

In early January 2021, the Mekong River Commission also issued a statement expressing concern over the declining water level of the Mekong River. Due to the drop in water level released at Jinghong Hydropower Station in Yunnan Province as China is repairing the cable system Electricity network from January 5 to 24.

Mak Bunthoeun, coordinator of the Cambodian Rivers Alliance project of the NGO Forum on Cambodia, told the Post that the water level was falling. The Mekong River will affect Cambodia's agricultural sector, requiring the Cambodian government to address the issue. This is for the common good.

"The impact on agriculture, because most of us Cambodians are farming, we see that in recent years the water level is high," he said. The Mekong River fluctuates abnormally in both the rainy and dry seasons, thus requiring both the Cambodian government and the government at the river level to negotiate. "To find an appropriate solution to reduce the potential impact."