Mr. Trump threatens to use force against protesters in Washington, DC 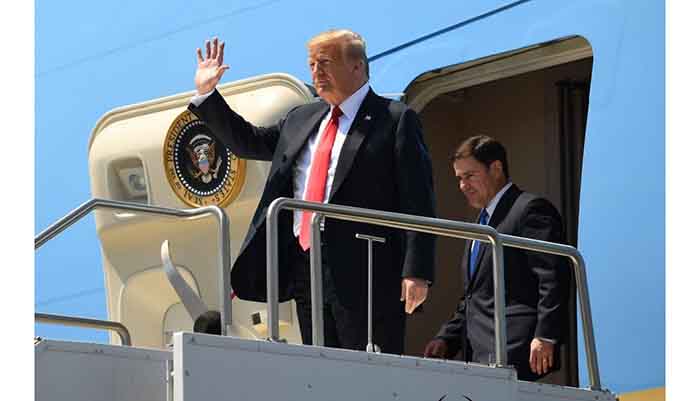 Mr. Trump threatens to use force against protesters in Washington, DC

WASHINGTON, June 23 (Xinhua) – President Donald Trump issued a stern warning on Tuesday to protesters in Washington, D.C., vowing to use force if they try to create an "autonomous region" with no police in the US capital.

In a series of tweets that have prompted US leaders to warn Twitter directly about the insulting behavior, Mr. Trump also threatened to impose harsh sanctions on "anarchists" who destroyed national monuments during a nationwide wave of protests.

"I allow the federal government to arrest anyone who destroys or destroys a monument or other federal property in the United States with up to 10 years in prison," Trei wrote Tuesday morning.

"There will be no autonomous region in Washington, DC, as long as I am your president," Trump wrote. If they try, they will be met with serious force! ” By: Chhouk Bora