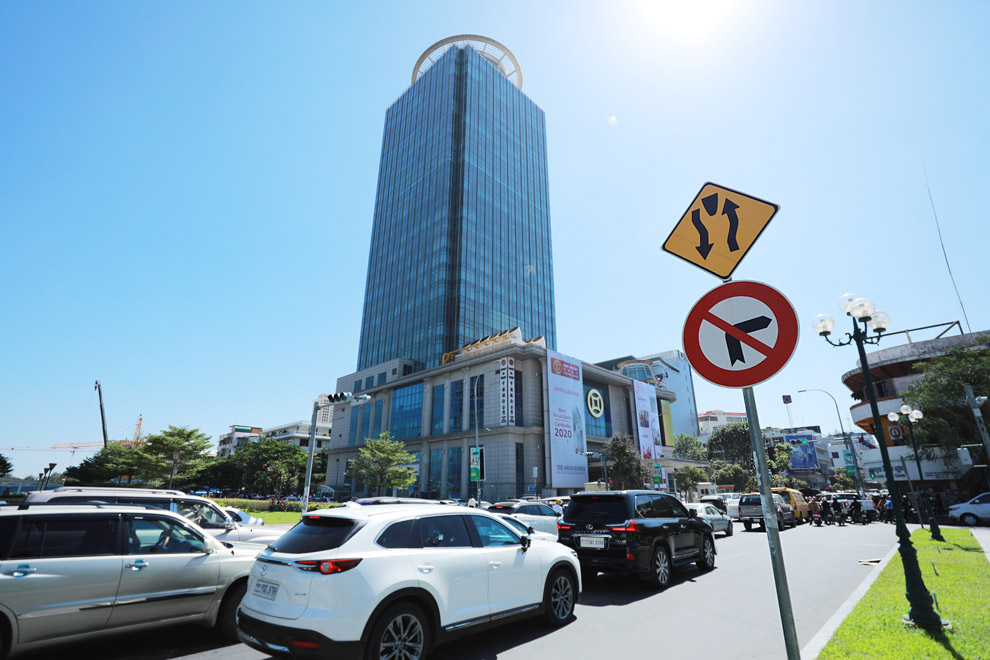 
Phnom Penh: Mr. Sun Chanthol, Minister of Public Works and Transport, ordered professional officers to inspect the national roads throughout the country. There are no traffic signs, set to end this February and must be adequately equipped to avoid traffic accidents.

Mr. Sun Chanthol told reporters after cutting the ribbon to inaugurate and officially open the Heavy Vehicle Driving School Training Center On Thursday, February 4, he said that in some places there were not enough traffic signs after he received information from citizens about the case. Police fined their vehicles while the road had no speed limit signs.

He said: "I recognize some places, it lacks the logo, Samdech Krala Hom also raised this issue in the weekly meeting. I have instructed His Excellency the Director General of the Ministry of Public Works to finish work this month. Some of it is missing in our way. ”

In addition, it is necessary to see what diagrams it lacks in order to follow the technical specifications correctly and sufficiently. If the signage is put up enough so that people know that the place is allowed to drive 40 or 60 kilometers per hour. The ministry is working to raise funds to properly label traffic signs and diagrams.

In addition, Mr. Chanthol also said that at this time, the Ministry is also preparing to amend the law and discuss in detail with Mr. Sar Kheng, Chairman of the Road Traffic Safety Committee on the speed limit on some roads at the request of the people because the road from Previously, there were two lanes, but now the new road has four lanes with AC rubber injection.

Mr. Chhuon Vorn, Director General of the General Department of Land Transport, said that the Ministry's working group, in cooperation with relevant departments across the country, Going down and checking traffic signs on all roads.

He said: “Samdech Krala Hom Sar Kheng said that we still lack a lot of traffic signs and HE Minister of Tourism in the last weekly meeting. He advised the General Department of Public Works to cooperate with the department to complete this February.

Mr. Kim Panha, Director of the Asian Injury Prevention Foundation, sees that there is a lack of traffic signs along some roads, especially Speed ​​limit signs in dangerous areas because the lack of signs can cause traffic accidents on the road.

"At the same time, the factory area should also be equipped with workers' notice of departure and arrival hours," he said. .

In addition, schools should be equipped with more signs to ensure the safety of children. The speed of the student at the time of entry and exit at 30 km per hour because his child has lower criteria. Adults.