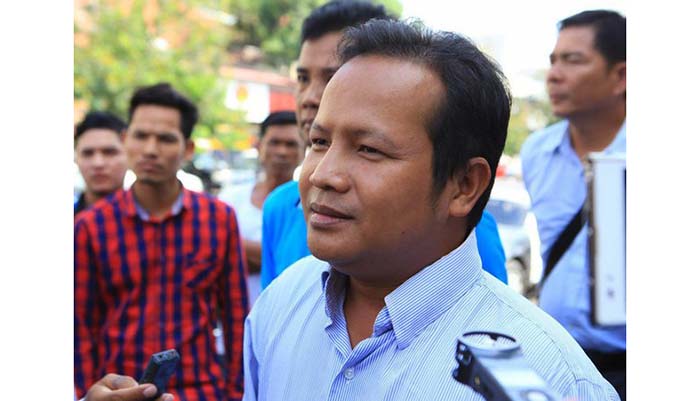 Phnom Penh: The president of the Collective Union of Movement of Workers, Mr. Pav Sina, requests the provincial governor, Vy Samnang, to intervene to help the police release Ms. Srey Fresh, a labor union representative and a representative of the factory.

"I request the Governor of Kampong Speu to intervene in order for the authorities to release Ms. Soy Fresh, a union representative, labor movement activist, and a representative of the workers at the Zappel Handbag factory," Mr. Sina wrote on Facebook on April 2. Freedom back. ”

Ms. Soy Fresh, a labor union representative and worker representative of the Soupil handbag factory in Trapeang Saing village, Trapaing Kong commune, Samrong Tong district, was escorted by the Internal Security Office of the Kampong Speu Provincial Commissioner to the provincial police. Commenting on the Facebook post, he wrote: "The boss of Suffield and his recommendations The government and the Ministry of Labor's appeal because even ordinary workers, even six months pregnant, have been terminated by the company. ”She was taken away from 7.30am until this time. It is not yet allowed to come out. The case was brought by the company to the authorities.

It should be noted that on March 31, 2020, the company notified several workers about the termination of their employment contract, including a pregnant woman.