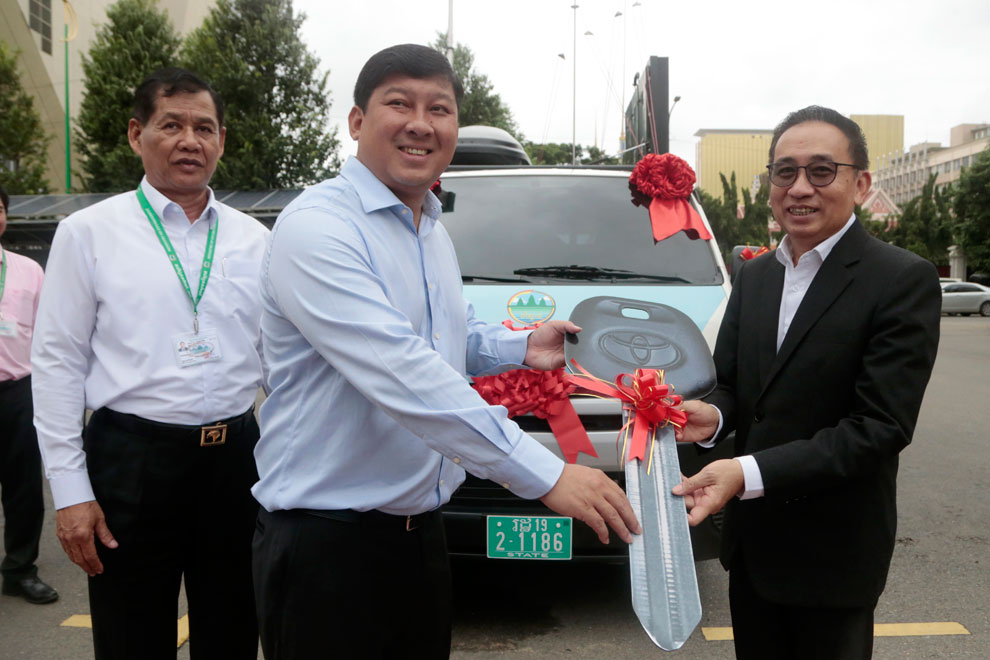 Speaking at the Inauguration Ceremony of Air Quality Control Vehicle in the South Car Park of Moradok Techo Building Yesterday, Minister of Environment Say "In order to turn the city into a smart and sustainable city, we need to create an environment that is conducive to sustainable development," said Sam Al Good and we want to know where in Phnom Penh there is good air, where there is bad air, so we are equipped with monitoring equipment Air quality.

The air quality control vehicle that was inaugurated by the Ministry of Environment was named by Mr. Say Samal as Vishnu Air Quality Control. According to Mr. Sam Al, such naming is considered by Vishnu to be a protector, a guard, a guard, while environmental officials are a protector and a guard. In environmental matters.

Mr. Chea Sina, Director General of the General Department of Environmental Protection, said that the new air quality control vehicle is the first mobile vehicle of the Ministry of Environment. From the Royal Government. It has the ability to control 16 parameters and can control the particles of air with a diameter of 1 micrometer called PM.1 allows the Ministry Adequate ability to monitor air quality everywhere in the country to collect air quality data disseminated to the public more Accurate and timely.

According to Sina, through the cooperation between the Cambodian Ministry of Environment and the Chinese Ministry of Ecology and Environment, by the end of 2020, Cambodia will receive assistance. 10 air quality monitoring stations and Air Quality Monitoring Center so that the Ministry can monitor and forecast air quality in Cambodia accurately .

The official of the Ministry of Environment said that during the beginning of 2020, the issue of public air quality was closely monitored by the people. Particle growth problems of air with a diameter less than 2.5 microns, called PM2.5, in the atmosphere.

"Responding to the concerns of the people, the General Department of Environmental Protection has taken care to increase the monitoring of public air quality and set measures to prevent and Reduce air pollution As a result, so far we have equipped 49 automatic air quality monitors, 11 in Phnom Penh and 11 provinces. 28 units and will be equipped with 10 more units.

According to the announcement of the Ministry of Environment on January 17 this year, the main sources and activities that cause the concentration of PM10 and PM2 inert particles. Increases include emissions from industrial plants, diesel vehicles and other fuels, wildfires, and fires. Forests, burning grasslands, burning stumps, burning rubbish, burning solid waste in the fields and landfills, construction sites, etc.