Mr. Sar Kheng reminded the authorities to be patient and avoid using violence to solve problems for the people 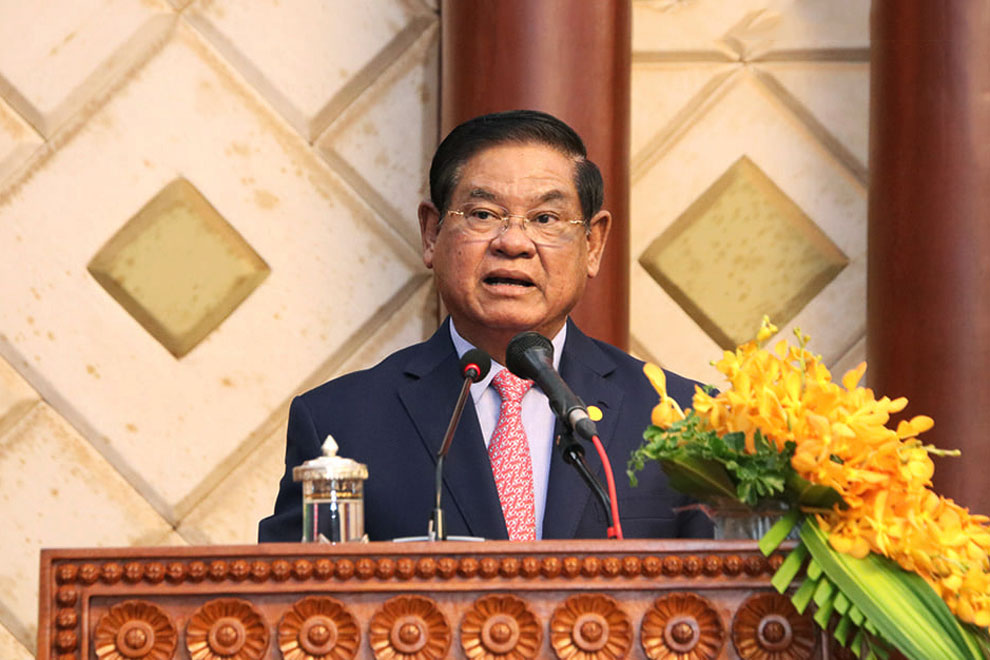 Mr. Sar Kheng reminded the authorities to be patient and avoid using violence to solve problems for the people


Gems: Deputy Prime Minister and Minister of Interior Sar Kheng reminded civil servants, especially the armed forces, to be patient in dealing with Citizens peacefully avoid the use of violence that could lead to chronic conflict, and opposition to the color revolution begins with action. Good deeds.

He made the remarks yesterday as he presided over the inauguration of the country's achievements. Tbong Khmum Provincial Police, while he worries that the use of violence by the armed forces will continue in the future, especially From now until 2022 or 2023.

Mr. Sar Kheng stressed that in the event that power officials encroach on people's land to violate the rights or other interests of the people, There are protests because people have the right to protest. Therefore, he said, in resolving these issues, officials must be patient and try to resolve them peacefully, and not discriminate against citizens or discriminate against political parties. Is to serve equally.

He added: "Do not go to win, win with the people, should lose the people, because if there is a case of violence, things will not May the end. Therefore, the experience as a civil servant, both civilian and police, while performing their duties is to fulfill their role as public servants Adhere to the profession of police, civil servants.

In addition to these, Mr. Sar Kheng cited land disputes in Prey Veng and other provinces that were successful after A fair and acceptable settlement without violence, he cited as an example Not to be forgotten in the violent crackdown on Veng Sreng Road during late 2013 and early 2014.

Pa Chanroeun, president of the Democratic Institute of Cambodia, expressed support for Sar Kheng's claim that it was in line with the Constitution, the supreme law. Of the state in empowering citizens may have the right to participate in political, economic, social and cultural activities.

He said that all citizens can ask the authorities to help examine and solve their problems thoroughly while Civil servants of the Royal Gendarmerie have a role to play in serving and protecting the people. He added that only serving the people with patience and ethics in fulfilling their duties properly is the best way. Sar Kheng should also take more specific measures, because sometimes law enforcement is not a proposal.

"It is an order that requires a clear examination of any force or authority that uses violence," he said. Indirectly and directly to the people to ensure that no law enforcement forces, including the military police, violate the law to exercise their authority Which was handed over beyond the borders to persecute the people. ”