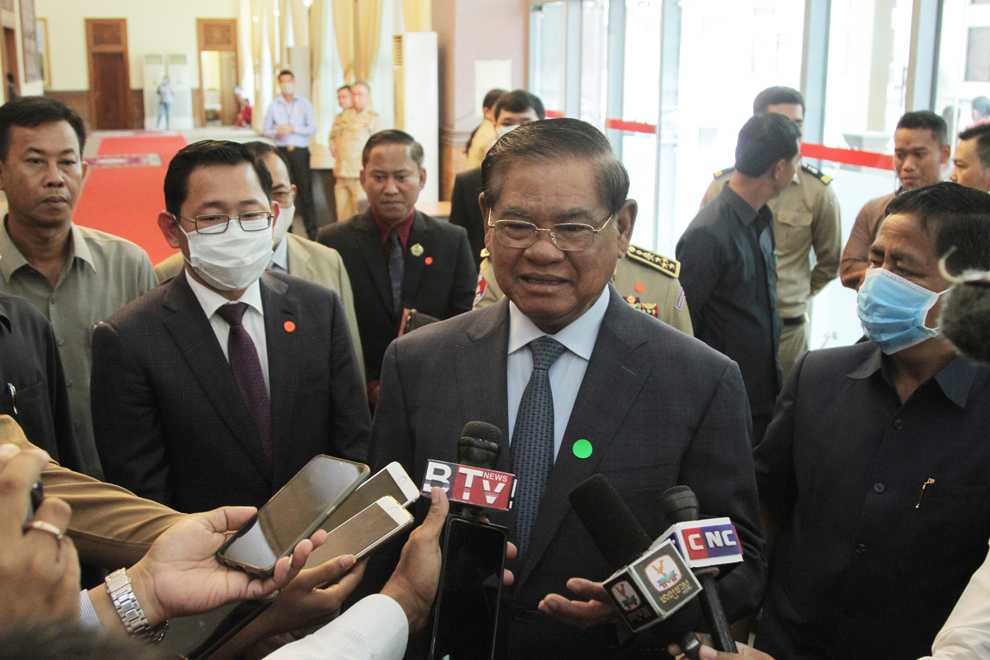 
Phnom Penh:Mr. Sar Kheng, Deputy Prime Minister and Minister of Interior, instructed officials at all relevant departments under the Ministry. Interior, Administration and Capital-Provincial Police Commission must pay attention to monitor and solve problems for the people in a transparent manner And justice.

“This is an important way to provide services to the people. Considering that some of the above solutions have achieved good results and responded to the people in a timely manner "The state and some other issues have not yet achieved results."

He said: "Need to solve and solve until the end result is correct, transparent and Justice will have to report the results of the settlement back to the Ministry of Interior for the Ministry to take further action.

The team monitors the public comment or request on Sar Kheng's Facebook page on September 14. Present the report summarizing the results in July and August that received comments and suggestions from the public in 337 cases, including 68 cases have been resolved and 180 cases are being resolved.

Mr. Chea Sokunthea, Head of the Working Group, monitors the public comment or request on Mr. Sar Kheng's Facebook page. Told the Post yesterday that comments or complaints sent by the public came from most capitals and provinces. As a case of public order security. But there are also some cases of land disputes.

He stated: "The instructions of Samdech Krala Hom [Sar Kheng] to the relevant generals under the Ministry of Administration and the Capital Police. Provinces to pay more attention to solve the people who filed the complaint even better. This instruction refers to common issues that people have lodged with all ministries. This is the attention of the prince to solve problems for the people.

Soeung Senkaruna, a senior investigator with the human rights group Adhoc, applauded Sar Kheng's advice. "We hope that after the issuance of this letter, the competent authorities who are solving the problem for the people should But there is an acceleration and attention to the instructions of Prince Kralahom. We also want to see and follow whether after the introduction of Prince Kralahom, there is still dissatisfaction with "The neglect of lower-level authorities or something else."

"People always file complaints and comments directly to the Phnom Penh Municipal Police and the reaction team," he said. Quickly, we follow up and deal directly with the people immediately, especially in the case of security and order. Therefore, it is not difficult for people to file complaints or direct comments to Facebook leaders. ”