Mr. HUN Manet: The previous generation of officers left the work of national defense for the national cause to us today, so we must continue to preserve this legacy Going forward 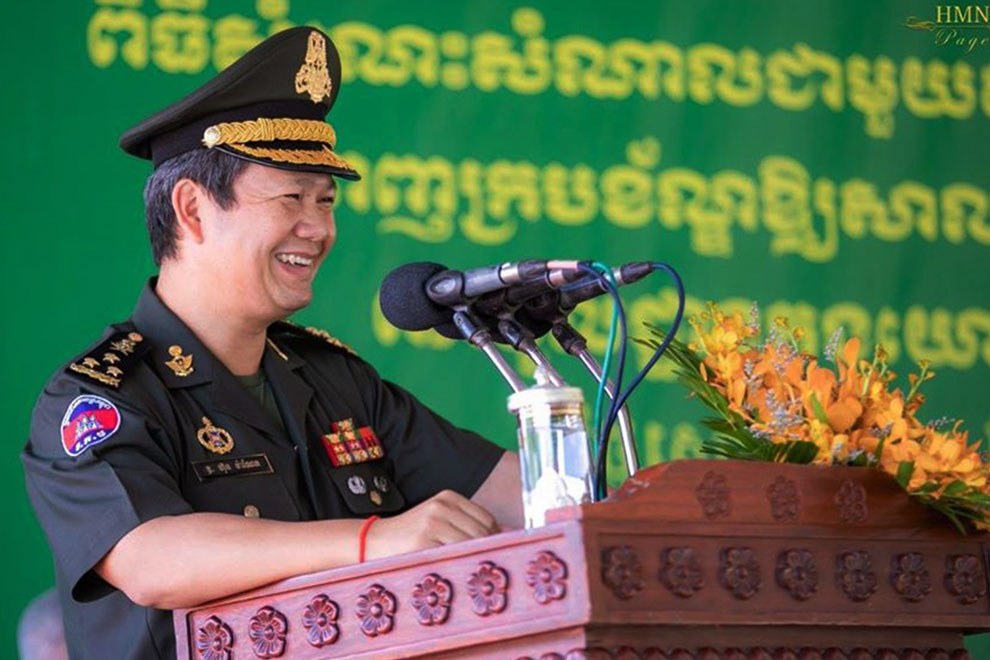 Mr. HUN Manet: The previous generation of officers left the work of national defense for the national cause to us today, so we must continue to preserve this legacy Going forward


Kampong Speu: Hun Manet, Deputy Commander-in-Chief of the Royal Cambodian Armed Forces [RCAF] 100 people to have a high sense of nationalism in increasing the defense sector to ensure the strength of the nation.

In the meeting with the trainees of the second generation of military training to complete the framework for the Military School under the Military Zone 2020 at the local level Royal Cambodian Armed Forces Techo Sen Phnom Thom Mrae Prev in Kampong Speu province on July 11.

"A strong nation is based on a strong defense sector, and a strong defense sector is due to a strong army," Hun Manet said. The previous generation of officers left the work of national defense for the national cause to us today, so we must continue to preserve this legacy. "Go forward on the basis of spirit, will, experience and combined with practical ability."

Manet says training the soldiers to have a clear foundation is the most important factor that makes the army strong and can defend the motherland for a long time. Long time no see. Training must be based on two factors, the first is the spirit of patriotism, religion, the King and the second is the ability to be self-reliant and spirit Nationalism increases self-confidence in guaranteeing sovereignty over the future of the nation.

"The military has a very important role to play," Manet said. The military career has two special features. The first is that we are directly involved in serving the nation by training our soldiers to be grounded. In self-defense as well as unit defense, ensure success in the performance of duties, which is proud to contribute to national defense through Train outstanding heroes. Second, the military has received the honor of being in the heart of every student as a meritorious person. "Give them knowledge."

He showed the trainees and the military to understand the value of this career and pay close attention to training and going out to work. Teach in schools with high will and conscience from the heart.

"After retirement, a single soldier can leave behind thousands of soldiers that we have trained, including Leave the military training system to pass on to our descendants. Therefore, this military opportunity is a special opportunity for participants to participate in building achievements for the army by building and training human resources. "

Mao Phalla, a spokesman for the Royal Cambodian Armed Forces [RCAF], said yesterday that the military was currently receiving additional training to Become a military trainer for the next generation of more than 100 soldiers.

"Currently, we are conducting military training across the country," Phalla said. In this course, more than 100 military officers have been trained to become military teachers. They will receive training for four months from the opening day of the training on June 15, 2020.

Mr. Kin Phea, President of the Institute of International Relations of the Royal Academy of Cambodia, said that in the field of the Cambodian Army, there is a sense of interest. Focus on cooperation with friendly countries, both in exchange of experience and capacity building.

"Currently, the Cambodian military sector has the most support from China, but the training of skills and troops," said Phea. "Some forces also receive assistance from neighboring countries such as Vietnam."