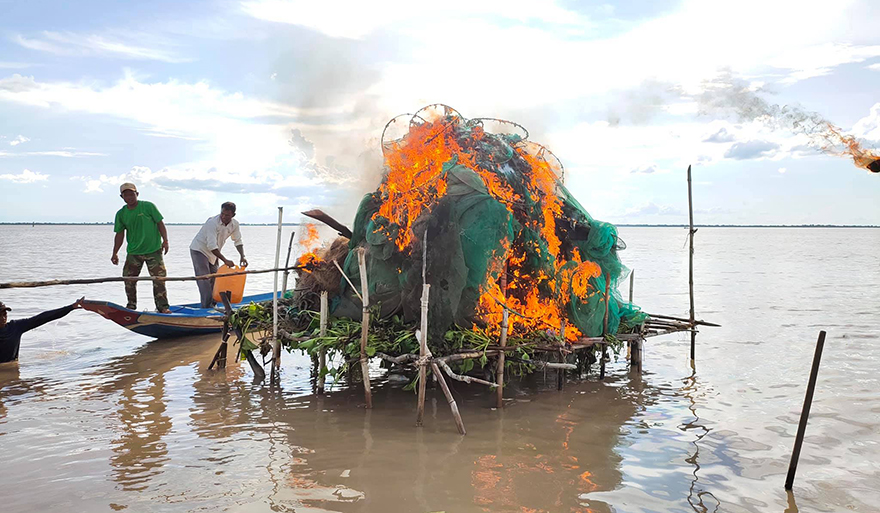 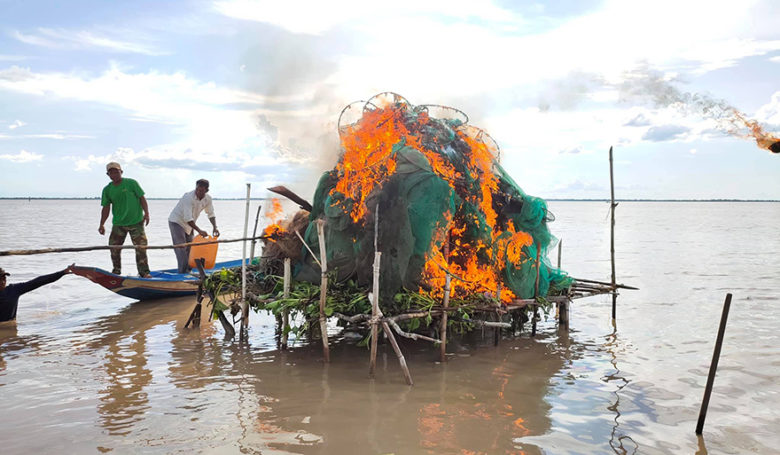 Pursat Province: Mr. Khoy Rida, Deputy Governor of Pursat Province, said that the net waste thrown by fishermen in the Tonle Sap Lake really makes Affects biodiversity and makes the entire Tonle Sap Lake area shallower from year to year and affects livelihoods Of the people who live on the surface of the water exactly.

He said this while visiting the Kampong Prak Conservation Area, Kampong Luong Commune, Krakor District on the afternoon of July 27, 2020. They also burned the remains of mosquitoes that the team collected from the bottom of the river in the past.


Khoy Rida said that by July, August, the water is still shallow in the middle of the river, facing the loss of fish. Nation and biodiversity of all kinds and will really affect the livelihood of the people. He was concerned and called on the people to take care of the environment, protect fishery resources and not use illegal fishing gear otherwise The Tonle Sap will no longer be a fishpond.