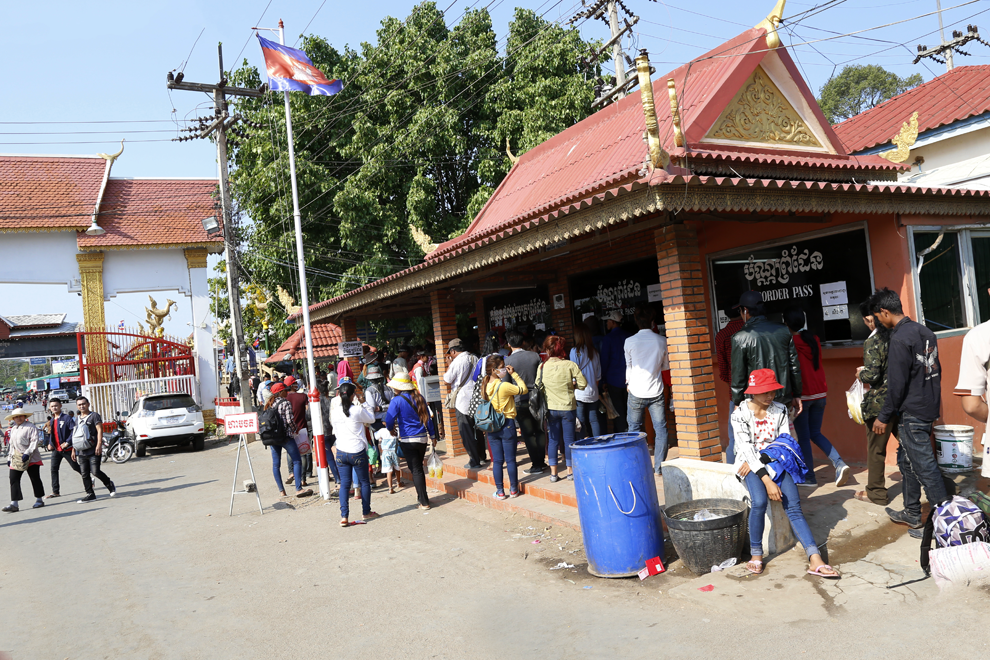 
Phnom Penh: More than 200,000 Cambodian workers were legalized by the Thai government during the month that Thailand gave them one month to work. Those who live and work illegally can fulfill their legitimacy.

From January 15 to February 13, 2021, the three illegal national migrant workers of Cambodia, Laos and Burma were arrested by the authorities. Thailand allows you to apply for a job and stay in Thailand legally for two years.

Heng Sour, a spokesman for the Ministry of Labor and Vocational Training, told the Post yesterday that from January 15 to February 13, By 2021, 654,864 foreign workers have registered with the Thai Ministry of Labor, including 203,670 Cambodian workers.

However, Heng Sour asserted that in the event that the concession expires, the Thai government will begin to crack down on illegal workers. The government of this country while the Cambodian government did its best to help those Cambodian workers.

"The cost of making this card is between $ 300 and $ 400," he said. "Together with the other two countries, we ask the Thai government to consider easing it." This fee and this service is not paid by the workers, it is the obligation of some employers as well.

Ms. Boran, a worker who resumed legalization in Thailand during January, told the Post yesterday that for workers who are Working legally in Thailand is less of a challenge if they have a well-meaning employer.

But she sees that for workers who live and work illegally, they have many challenges, and getting legal status from The Thai government is also facing difficulties, especially in terms of livelihoods.

"If the measures in Thailand continue to be tightened, it could affect the Cambodian workers who come here illegally," she said. First, pay for a passport and we do not have much money if we can want the Cambodian and Thai governments to facilitate the law. A good way to get workers to come to work in this country legally. The other is to charge a slightly lower price for any service.

Dite Hoya, Central Migrant Workers' Rights Program Officer, said that a small number of Cambodian workers have been granted legal status through the provision of Given by the Thai government, while many Cambodians do not get this opportunity due to lack of funds and conditions.

He worries that when the government closes the policy and starts tightening the law, many Cambodians will face challenges. .

"One month of giving the workers a (legal) card is not enough for them because you Some have the challenge of not having a job, not having enough money to pay between $ 300 and $ 400 for registration. Thus, this is an injustice for workers.

Mr. De The Hoya expects that the Cambodian government as well as the Thai government should negotiate to provide more benefits and convenience to Cambodian workers so that they Can get the right to work legally in Thailand during the face of the Kovid 19 crisis.