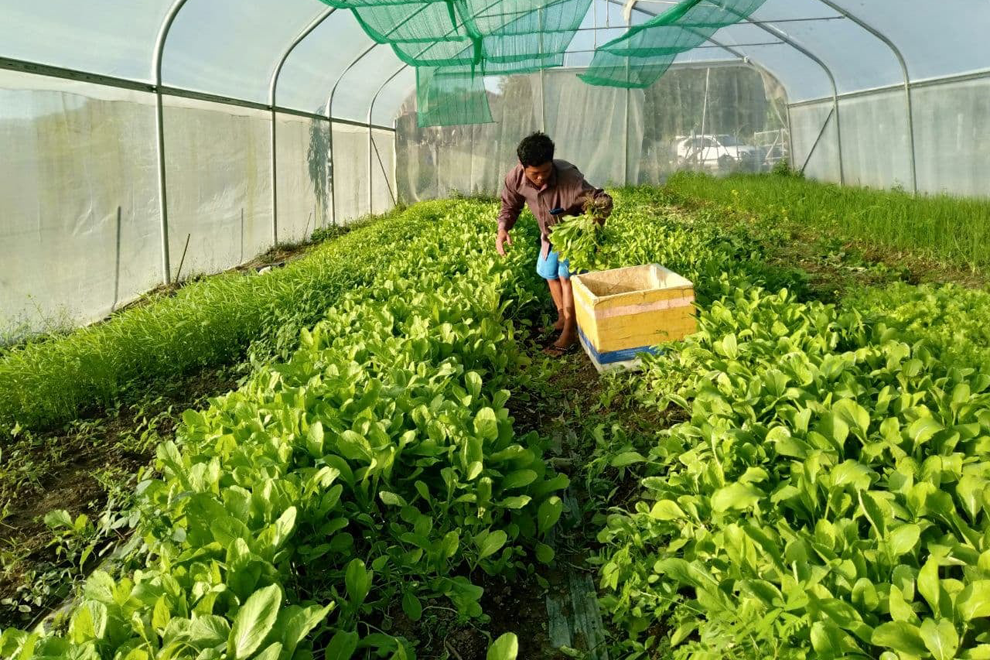 
Phnom Penh: 144,000 Families in 24 Capitals and Provinces Are Benefiting from “Climate Change Resilience Program” »Implemented by the Ministry of Agriculture, Forestry and Fisheries in 2015.

Minister of Agriculture Veng Sakhon told the Post yesterday that a new climate change resilience program was being implemented. By the Ministry of Agriculture from 2015 until now, 144,000 farming families are benefiting from this program.

"This project has been contributing to the implementation of the medium-term agricultural vision and strategic plan and plan," he said. Ministry to promote modernization of competitive agriculture, climate change resilience and sustainability in promoting food production Prosperity and well-being for the Cambodian people. ”

According to the Minister of Agriculture, "the program to promote new agricultural technologies that are resistant to climate change" is implemented in both capitals and provinces. 24 of 931 communes and 168 districts across the country.

Seang Vanseth, director of the Banteay Meanchey provincial agriculture department, told the Post yesterday that Cambodia has experienced climate change in recent years. Rising heat and floods, which the Ministry has introduced a "program to promote new agricultural technology that resists climate change" to implement in Nationwide. "This is a new technical program, with cultivation in the net house, and now the farmers have adopted the technique," he said. This.

He explained that growing vegetables in this net house uses less water and does not use pesticides. For rice cultivation, the technology was incorporated using less water and equipped with sowing machines, and farmers were organized into clusters of rice, cassava farmers Vegetables, fish and chickens, etc. for them to produce. "We will contact the outside to meet with farmers to negotiate. From the price to bring to market.

According to Mr. Van Set in Banteay Meanchey province, from 2019 until now, there are 65 groups of farmers in one group. From 30 to 50 people. These farmers have been benefiting from this program, which has made their families more prosperous.

Mr. Chheng Bo, a farmer in Po Teap village, Prey Mlou 1 commune, Chhep district, Preah Vihear province, who implemented this project directly after receiving training from officials Experts say the project is good, allowing farmers to grow crops in both the dry and wet seasons and provide a decent income to support themselves. Family, too.

Chheng Bo said: "In the past, planting crops in the middle of the field was not a barrier, with very little yield and income. "The ministry came down and recommended a net. We got a lot of output and its revenue was pretty decent from this project."