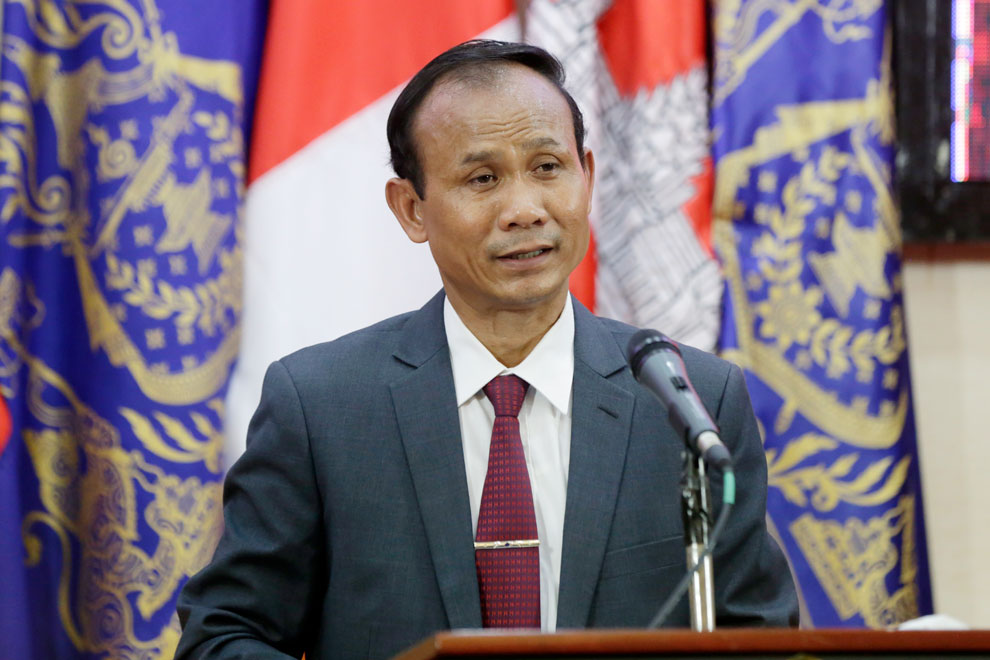 
Mondulkiri: Svay Sam Eang, the governor of Mondulkiri province, said provincial authorities were demarcating the new airport, which covers about 600 hectares. Sen Monorom is more than 20 kilometers away, while the old airport is planned to be developed into a public park.

He made the remarks in response to a reporter's question yesterday at a press conference on "the progress and direction of the administration. Mondulkiri Province ”organized by the Royal Government Spokesperson Unit at the Office of the Council of Ministers.

Mr. Svay Sam Eang said that in the past, the province had an old airport since the liberation in 1979. However, due to the type of airport at that stage, it is no longer suitable for the current situation due to the large number of people living around and the area Also small.

He said the old airport was only about 19 hectares, while the new airport project had prepared 600 hectares. He said that the old airport is reserved for the development of public parks step by step according to the possibility of the provincial budget after the study By the Ministry of Land Management to maintain this site for forest conservation.

"It (the old airport) could not park the plane, combined with the people living around us, also stopped the flight," he said. According to the Prime Minister's recommendation, we will use this airport location as a garden and find a new location. The new location is about 22 kilometers away from Sen Monorom town to Sen Monorom commune, Oreang district, which is a work to expand the large-scale airport. At the local and international level, depending on the study of technicians and relevant ministries.

Ministry of Tourism spokesman Chuk Chumnor told the Post yesterday that officials were continuing to study the new airport development project. Connected with the tourism master plan development project in the northeastern province.

He said that when these projects run in the future, the whole province will develop in all areas, especially tourism, while The province has potential for eco-tourism.

"This arrangement is not only taking into account the tourism sector, even other sectors are benefiting from this project," he said. . "When there is an airport in the near future, it will attract direct flights to some tourist destinations in ASEAN countries as well."

Kreung Tola, a forest protection activist in Mondulkiri province, praised the government's development projects as well as the provincial level, which plans to protect state land to Development of a new airport. But he sees that after the announcement of the new airport project, those areas are also occupied by powerful and wealthy people who Conflict that affects development.

"We do not know which side is wrong. Every day we see that they just know where the airport is, they go to capture the ground," he said. Once it is resolved, this problem arises from the local authorities, there are powerful people, so that there will be a flow of construction. "This is a bad thing that hinders development projects."

In addition, Kreung Tola also expects the provincial authorities to maintain the old airport for the benefit of the general public to avoid taking it. Use for private use as he observes that some land at the old airport site is privately owned.

However, Mr. Svay Sam Eang stated that in order to protect the land from being violated, the provincial authorities, together with the relevant institutions, have cleared the border and set up boundaries to solve the problem. All on this land are ready, just waiting for investment partners or capital to develop the airport.

"Just be prepared to protect those 600 hectares of land there when the government has the investment budget, we There is land to avoid when it is difficult to develop the airport. By now, the thinking of civil aviation is to cross the border and prepare to solve this problem (on the ground).