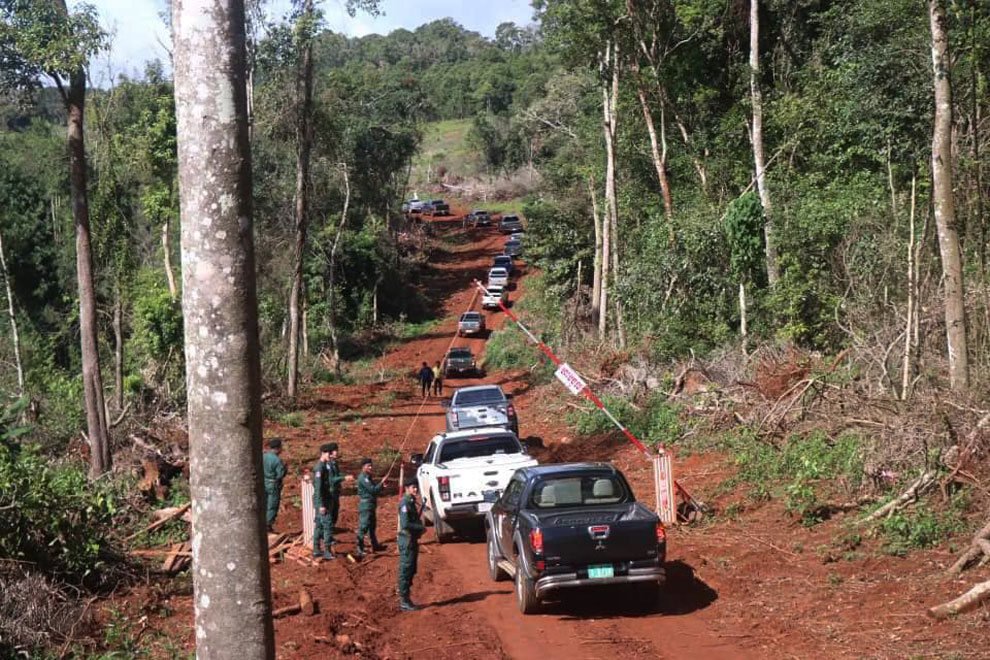 
Mondulkiri: Investigating Judge of Mondulkiri Provincial Court has identified 10 more suspects in connection with the case of Major General Pov Sothearan after detaining four Concerning the clearing of forest land in Oreang district as a senator pleaded guilty to applying for the right to occupy more than 500 hectares of land in Oreang district, Mondul province Kiri, too.

"The judge has found 10 people, but I can not identify them because it is a court procedure," he said. . Please wait until the arrest is sent to court to know all this because now we are working. For those involved with Pov Sothearan, we have already detained a total of four people.

“In the case of Mr. Pov Sothearan, I have received information that the court has detained four people involved. Among them are a newspaper publisher, two citizens and a major general, all of whom have been detained. We are still investigating other stakeholders. ”

The spokesman stated that under the guidance of the Senate leadership, Mr. Noy ​​Sron apologized for any mistakes, whether intentional or unintentional. And that made the management difficult because of themselves. With this, also accepted all the education and guidance of the President and the two Vice Presidents of the Senate by making a certificate dated 23 September 2020 ceased to be associated with this 531-hectare land.

Pen Bunnar, a local community empowerment program officer with the Adhoc Human Rights Defenders Association, said that when officials were found to be at fault, Not punishing according to the law and apologizing to end the story, it shows the implementation of a law with two standards, that is, not Senior officials can be punished, and those who do the same thing but do not have the status of a priest must be punished according to the law.

"The encroachment of this forest land is a misdemeanor and cannot be excused through an apology, a small fine or a confession," he said. . I see the latest news is that there are senior officials involved in crime, just apologize at the end of the story, I do not support because it is against the procedure The law.

Senate spokesman Mam Bunneang could not be reached for comment. Mr. Noy ​​Sron has not yet been able to find a source to confirm this case.