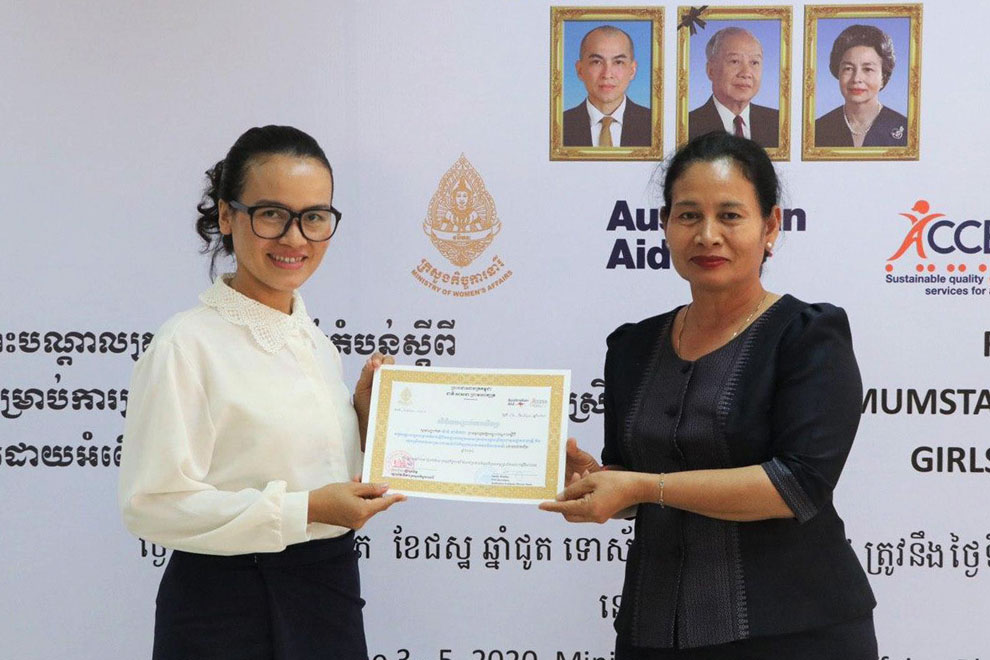 
Photograph: Pha Lina / Phnom Penh Post Ministry of Women's Affairs has been training regional trainers Step 1 on Minimum Standards for Basic Counseling for Women and Children She suffered violence while working in only eight of the 25 provinces in line with the government's policy Transfer of human resources and funds to sub-national level;

“According to the Ministry's plan for this first step, we will train 25 capital-provincial trainers on minimum standards for Basic counseling for women and girls victims of gender-based violence … starting this June Until August. "

She said that this first step, the Ministry of Women's Affairs, wants the subnational officers to be better service providers for women and girls. Victims of gender-based violence. Therefore, officials need to strengthen their capacity, knowledge and understanding of psychological approaches to assist vulnerable groups.

“After receiving this training, our officers will also be able to bring more knowledge to the officials and stakeholders at the level,” she said. Under the national goal, the ministry's goal is also to expand the human resources to provide the service on a local basis, as officials in the Ministry of Women's Affairs cannot Go down to every base in every province and city. "

She said the ministry had already recruited officers from all 25 provinces in the province to be trained as trainers. This training is the first step, but the Ministry of Women's Affairs is still in the process.

Ms. Nhean Sochetra, Director General of Ministry of Women's Social Development, on June 5 presided over the closing ceremony of teacher training The 25 poles came from eight provinces after successfully completing the three-day course .

“As a result of the training of police officers / officers, the trainees were aware of minimum standards for basic services. To women and girls victims of gender-based violence and victims' basic rights in minimum standards; How to take care of yourself as a provider.

She also said that through this training, trainees were practicing minimum standard lessons to enhance their ability to perform tasks. Become a continuing trainer to service providers at the sub-national level.

Am Sam Ath, LICADHO's human rights monitor, said that so far, the Royal Government and the Ministry of Women's Affairs have done some work. The prevalence of gender-based violence against women and children appears to be limited.

“Importantly, the promotion was not comprehensive. We support the launch of such a training for provincial and district officials in providing services for women and children. Some of them are not yet fully aware of the whereabouts and services of officials at the sub-national level. ”

The case of violence and abuse of women and children remains a concern, he said. Like rape, the situation is even worse, with cases involving the murder of the father, the rape of his own son, or the rape of a grandchild. Tree