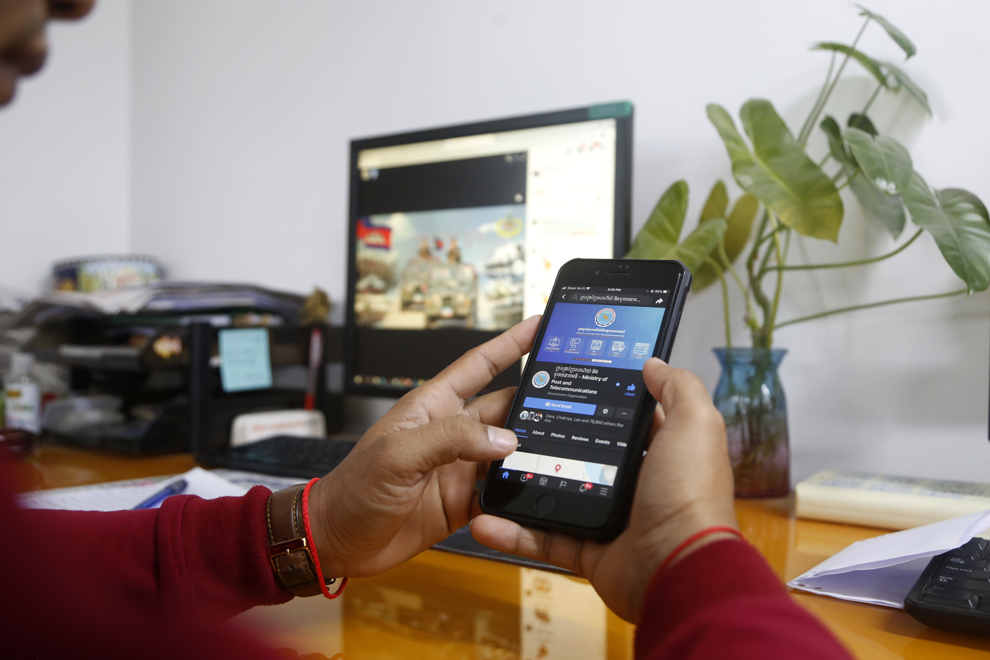 
Phnom Penh: Ministry of Posts and Telecommunications clarifies the establishment of the National Internet Gateway after criticism from civil society groups and the media That this sub-decree will restrict the basic rights and freedoms of citizens who use the Internet.

On 19 February, 62 organizations, associations, unions, communities, associations, national and international media issued a joint statement stating that the sub-decree would Restrict the basic rights and freedoms of citizens. In particular, the right to freedom of expression, the right to information, the right to privacy, the competitiveness of internet service providers in Cambodia that can Will greatly affect the growth of the national economy.

But on February 19, the Ministry of Posts and Telecommunications also issued a statement stating that after the government issued Sub-Decree dated 16 February 2021 on the Establishment of the National Internet Gateway, the Ministry observed that there was some reaction from the media and NGOs That aims to capture data, listen to user conversations, restrict freedom of expression and follow the Chinese example.

On this issue, the Ministry reiterated that there are no provisions in this sub-decree on the capture of user data and restrictions on freedom of access. No comment. Meanwhile, the Ministry plans to draft a law on the protection of private data after the draft law on security, information and communication technology is completed in Coming soon. The ministry considers the allegations baseless and politically motivated.

According to the Ministry, the preparation of this sub-decree is open and in consultation with experts in the field of telecommunications, private operators and relevant institutions. Lift. "This sub-decree aims to increase the efficiency of national revenue collection based on the principles of fair and equitable competition and transparency between the state and the operators. It also helps prevent cross-border hacking, illegal online gambling, cyberbullying, pornography and online fraud. "

However, the joint statement of civil society organizations is concerned and urges the Royal Government to repeal this sub-decree, stating that in Article 6 and Article 12 of this sub-decree restricts the role of the operators of the National Internet Gateway in cooperation with the Ministry of Posts and Telecommunications and the Telecommunications Regulator of Cambodia. And other relevant ministries and institutions to take measures to prevent and cut off all network connections that affect national security. Order, social order, morality, culture, traditions and social customs.

"The meaning of this article is broad and ambiguous, which can be interpreted and applied by the state authorities," the statement said. "Human rights activists, citizens, local communities or citizens or groups of people who express their criticism of the government on the Internet and on social media."

Sok Chenda, CEO of Mekong Net, one of Cambodia's leading internet service providers, told the Post: She did not know the details of the sub-decree, but she expects it to have some impact on her business.

"Normally the government wants to control the gateway is right, but the important thing is how the government will integrate all the ISPs," she said. To be under the same gate with the same system.

The sub-decree on the National Internet Gate with 20 articles and 11 chapters will be operated in Phnom Penh, Sihanoukville, Poipet, Banteay Meanchey Bavet of Svay Rieng province and at other designated locations based on actual needs.