Battambang: Ministry of Planning provides 102 tablets To Commune / Sangkat Councils throughout Battambang Province to address and respond to the lack of facilities for the implementation and completion of recording procedures Identify the real poor families during the Kovid-19.

The handover ceremony took place on July 22, 2020 at Battambang Provincial Hall, presided over by HE Nguon Rattanak, Governor of Battambang and HE Lok Chumteav. Provincial councilors, deputy governors, leaders of relevant departments and district-municipal authorities throughout the province for the main purpose of identifying poor households Exactly as requested during the Kovid-19.

HE Nguon Rattanak, Governor of Battambang Province, said that this is a new procedure that the Ministry of Planning has started to implement for the first time and is modern and fast to complete. Add the procedure for identifying real poor families in the regular round every 3 years, focusing on families The poor who are absent with the family go away for other reasons in the normal round. Families who lose a lot of money immediately due to medical expenses or suffer from natural disasters and other reasons that lead to families They fell into poor families and families who lost their daily income during the 19 years of Kovid, which led to the loss of his family's livelihood. Poor.

HE Nguon Rattanak, Governor of Battambang Province, reminded and urged all local officials in the Commune / Sangkat that on the occasion of handing over and receiving 1 more tablet for Commune / Sangkat Council to implement the work as soon as possible to facilitate the work on time And aims to help really poor families in the Kovid-19 phase. By: Ung Sarom 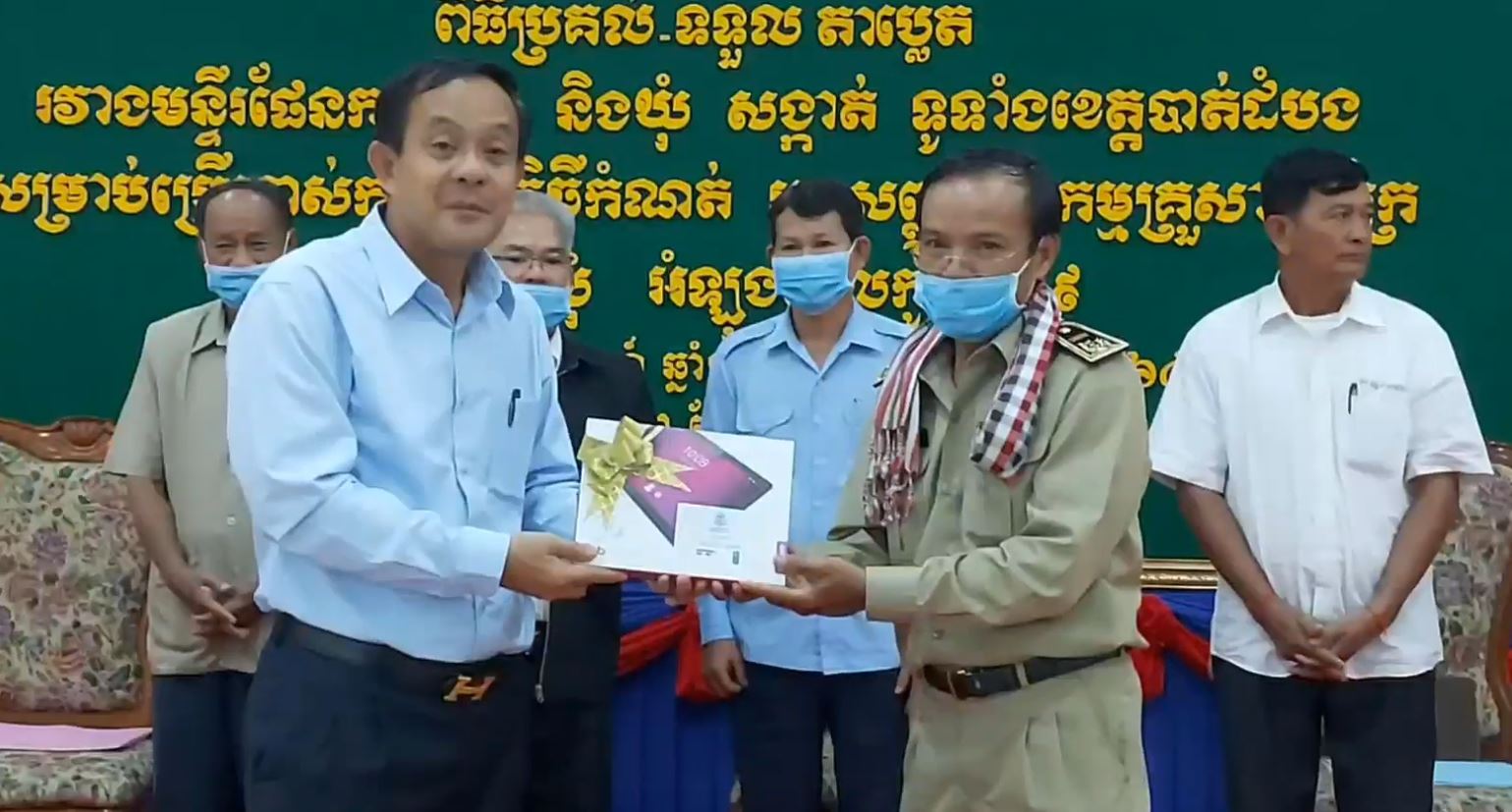