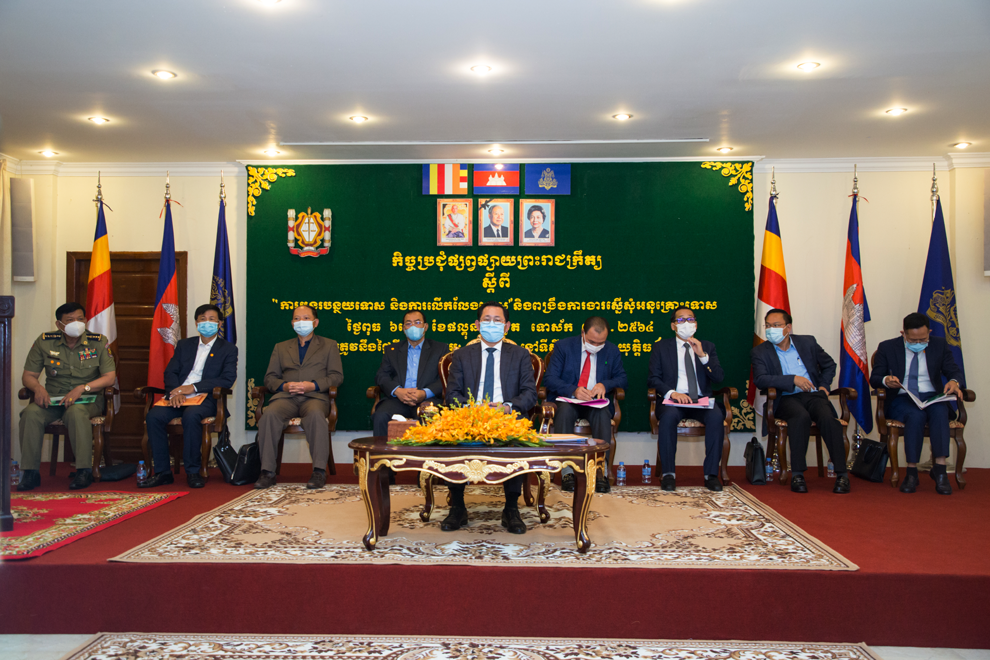 
Phnom Penh: The Minister of Justice, Mr. Keut Rith, requested the Capital-Provincial Governor to be the Chairman of the Capital-Provincial Pardon and Amnesty Commission to pay attention to the list of mitigation requests. Convictions and pardons are based on the inmate's modification, not on the length of his or her sentence.

The minister said pardons and commutations were a tool to encourage inmates to change their ways faster. "Therefore, I would like to ask His Excellency, Lok Chumteav, the Governor, the Representative of the Governor, who is the Chairman of the Capital-Provincial Pardon and Amnesty Commission, to take care of "Focusing on the conditions for requesting commutation and pardon is the prisoner's self-correction."

If a prisoner transforms into a good person, he can be forgiven, or he can be encouraged to change. As soon as possible. However, if the convict does not repent and serve one-third of his sentence, he will not be pardoned. This is the confirmation of the Minister.

“The prison has a race mechanism for inmates to get a pardon. But does this mechanism have a review mechanism? "Not put [the list of prisoners requesting commutation and pardon] to 100, push to 100."

Mr. Chhem Savuth, Director General of the General Department of Prisons of the Ministry of Interior, said that all prisons and correctional centers have a competition committee for prisoners. Each prisoner to become a model prisoner must go through all the competition to get the opportunity to be evaluated, pardoned and pardoned.

He said: "In each prison, they do a race every month, and this race is only for prisoners. "Because the convicts who have received the final verdict of the court will be able to get the right to apply for commutation and pardon."

On January 12, this year, His Majesty King Norodom Sihamoni, King of Cambodia, issued a new Royal Decree on commutation and pardon. Article 3 of this Royal Decree states that the ceremonies that can request the commutation of sentences and pardons are 5 times a year: 1 Victory Day on the genocidal regime, 2 New Year celebrations, 3 national traditions, 4 Vesak festivals, 4 national independence festivals and 5 water festivals, floating lanterns and worshiping the moon អំ បូក.

As for the old decree No. 28 dated June 20, 1988 of the Council of State, the request for commutation and pardon of prisoners was made during the ceremony The three major national festivals are the New Year, the national tradition, the Visakha Bochea festival, and the Water Festival, floating lanterns and worshiping the moon, Ok Ambok.

Kim Santepheap, Secretary of State for the Ministry of Justice, says that the Royal Decree on Pardon and Mitigation is an important tool to help motivate all prisoners soon. Transform yourself into a good person to get forgiveness soon.

"Before there were three opportunities, now there are five opportunities," he said. Thus, this is a tool to encourage inmates to reform themselves in prison, which is a necessary condition that can be achieved. "Forgiveness."