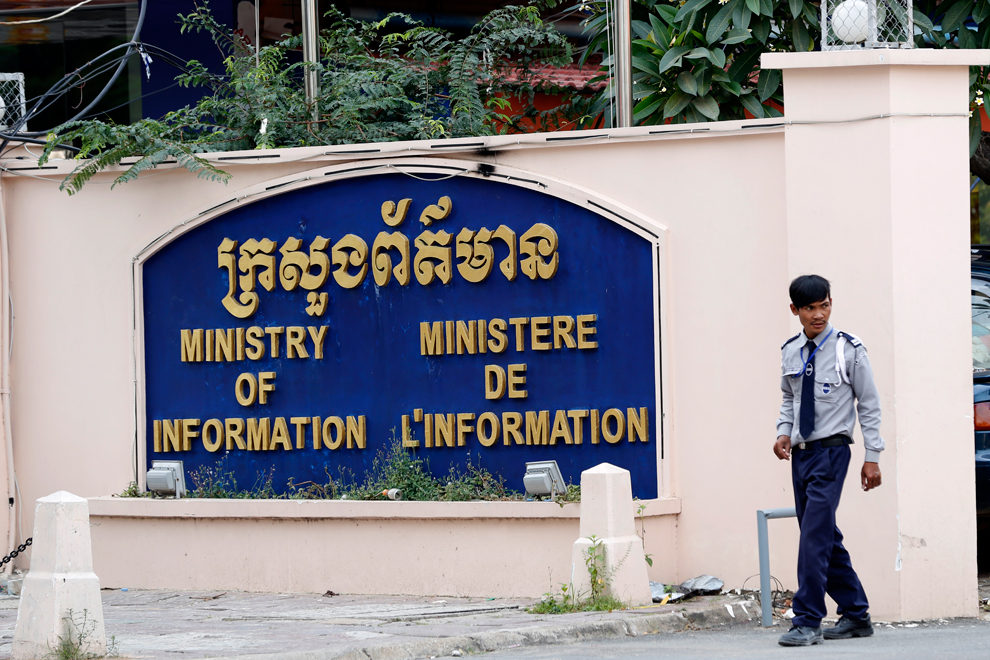 
Phnom Penh: The Ministry of Information's Fake Surveillance Commission has found that social media is being used as a means of spreading messages. And 145 unprofessional videos in the Kingdom of Cambodia in September 2020 and classified as news category False and false information incites, pollutes society, insults leaders.

Phos Sovann, spokesman and permanent deputy chairman of the Ministry of Information's Fake Information Monitoring Commission, told the Post yesterday that the rankings In the form of dissemination, fake news or false information is forwarded to the Ministry of Interior for him to take further action to investigate.

"If a social media account that publishes false information has a valid registration name, the first step is to tell him," Sovann said. Correcting or removing that information In some cases, we have to correct it by official letter. "We have sent more than 10 unregistered social media accounts to the Ministry of Interior for investigation."

Mr. Phos Sovann said that social media accounts that are spreading fake news or false information about social issues. Cambodia, most of those accounts are overseas.

According to the report of the Commission for Monitoring the Dissemination of Fake Information, from September 1 to 30 this year, the working group carried out work Citing sources that spread messages and videos related to false news, false information, inciting social pollution and insulting the leadership, a total of 145 cases.

These cases include incitement related to the Cambodia-Vietnam border issue and the placement of images of Angkor Wat on 22 leaflets insulting the King and its leaders 83 cases of Buddhism and 18 cases of social pollution (including 15 Facebook accounts posting messages about gem mining in the province Mondulkiri: 1 case of false information, 21 cases of Tik Tok account, 7 cases of incitement, 14 cases of insulting the management.

Nop Vy, executive director of the Coalition of Cambodian Journalists (Cambodia), said that what civil society and the public were concerned about was the rationale for the crackdown. The creators of fake news or other polluting information crack down on activists on social media or any group that works for attention. Go to social stories by using social media to express different opinions or views.

"We need to consider and uphold the freedom of expression or the exercise of the right to give constructive advice to the nation," he said. "Basically, rather than banning the use of social media to participate in social building ideas." "Some cases involving activists who have worked on environmental and social issues have suffered persecution after them. Mentioned on social media related to sensitive issues or negatively affecting officials and authorities.