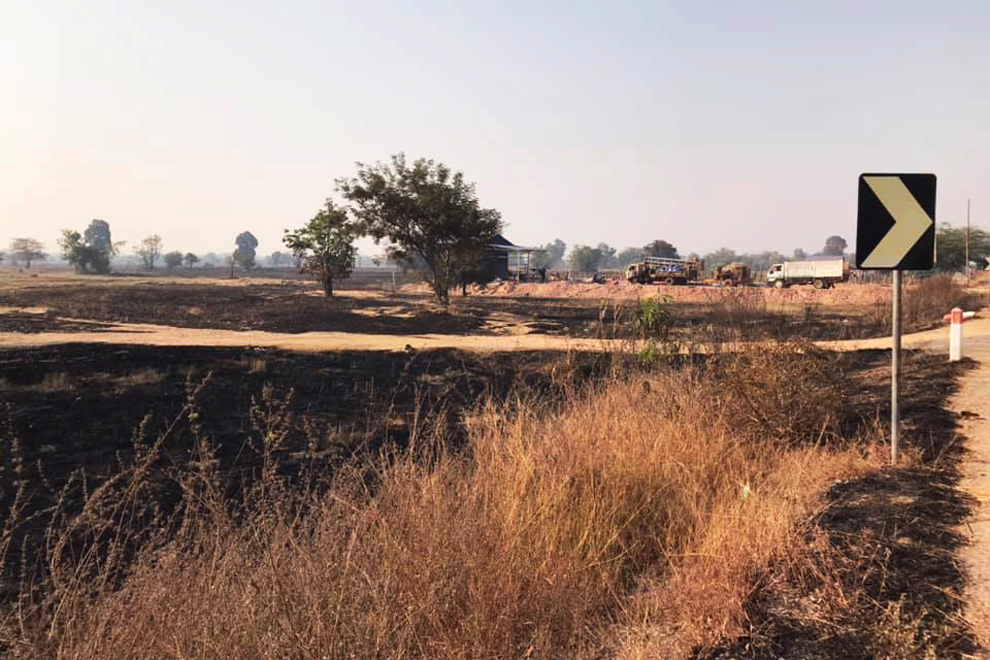 
Phnom Penh: The Ministry of Environment has again instructed professional officers of the Department of Environment across the country to cooperate with local authorities and communities to continue the implementation. Education and dissemination rules to stop burning wood, walls and grass in the dry season because this activity will cause environmental impact such as Wildfires and toxic dust in the air.

Net Pheaktra, Secretary of State and spokesman for the Ministry of Environment, said: "Wildfires are common in protected areas and corridors. Biodiversity in Cambodia every year, especially in the dry season. The main causes of the most frequent forest fires during the dry season include deforestation to grow crops. "Agriculture, nomadic farming, resettlement and forest burning to catch wildlife and human neglect."

Mr. Net Pheaktra said: "Measures to prevent and prevent wildfires in protected areas and biodiversity conservation corridors, as well as the burning of the wall (is "Education) so that people can stop such activities."

Mr. Vong Tevan, a civil servant, is a professor of history who has personally conducted surveys in some provinces 3-4 times in One month said that the activities of people burning the wall after the harvest continues in some provinces such as Kampong Thom, Siem Reap, Banteay Meanchey And Oddar Meanchey Province.

"There have been many cases of arson or heat wave demonstrations in Cambodia in the last three years or so," he said. After this, a lot of activities happen after the people have already harvested the rice.

Heat waves occur in nearly 3,000 different areas in Cambodia, the highest number in the country. In Asia.

He said: "Cambodian farmers should change their attitude immediately to stop burning the walls in the harvest, which is seriously polluting the environment. "Especially smoke and toxic dust."

He said: "In order to prevent the problem of burning the walls of the forest to clear the land for farming or planting this crop is to start from "Every citizen can only prevent this problem."

Mr. Chea Hean, President of the Anti-Corruption Organization, Prevents the Destruction of Natural Resources and Protects the Rights of Citizens, Observes the Activities of Burning the Walls and Deforestation Owning and cultivating people's land is still common and almost everywhere.

He said: "Activities to burn the forest, clear the land or burn the forest to plant this crop, if not prevented or banned in time. "That will pose a risk of wildfires and affect many natural resources."