Ministry of Education agrees to revise basic textbooks for kindergarten 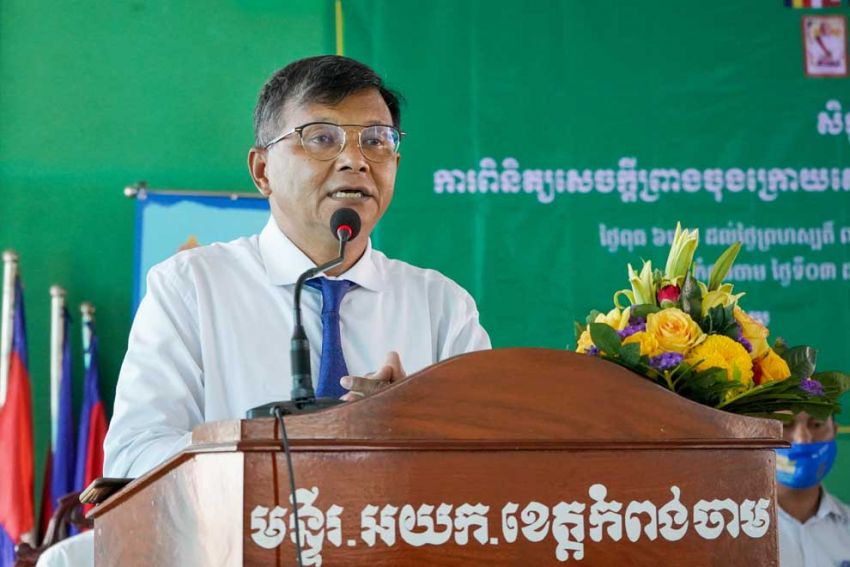 Ministry of Education agrees to revise basic textbooks for kindergarten

At the Closing Ceremony of the Workshop on the Review of the Final Draft Textbook for Kindergarten Led by Mr. Hang Chuon Naron, Minister Education on February 4 agreed to revise the textbook for kindergarten in all subjects to be officially launched for the management of teachers. Teachers practice with young children in schools.

Mr. Sovacha stated that the basic textbooks for kindergarten that the Ministry has approved to edit are 1 subject of psychology, 2 subjects of science, 3 subjects of social studies, 4 subjects of pre-mathematics, 5 subjects. Khmer language subjects. These textbooks will be included in the next school year after the approval of the relevant technical work.

Mr. Hang Chuon Naron, Minister of Education, praised the efforts of all stakeholders in the development of this early childhood education sub-sector, especially Plan. Cambodia International, which supports the early childhood sub-sector and general education.

"We know that the preparation of this textbook is done in several stages and what we have in hand," he said. Already in the training of kindergarten teachers, this study is also good. However, it is still necessary to incorporate new concepts to integrate new teaching methods so that teachers have a comprehensive knowledge. And early childhood education. ”

Ms. Quinnet Vong, Country Director of Plan International Cambodia, thanked the Ministry of Education and the Department of Early Childhood Education for accepting New ideas and active collaboration with the organization through the development of curricula and textbooks that incorporate teaching methods that respond to gender equality in order Improving gender performance in kindergartens across Cambodia. "This partnership is supporting vulnerable children in remote areas so that they can grow and develop," she said. "By their potential."

She said that through this textbook, teachers will have more tools and methods to facilitate the learning and play of children. Equality to reduce negative gender stereotypes and gender inequalities in kindergarten will help children grow up well.