Ministry ends subsidies for the poor for June 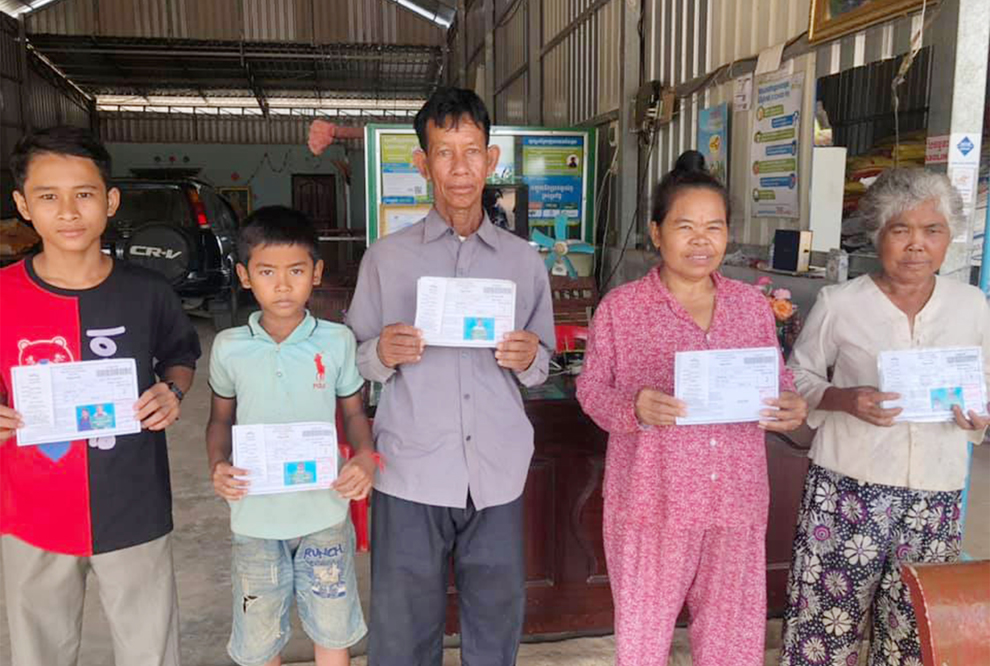 Ministry ends subsidies for the poor for June


Phnom Penh: The Ministry of Social Affairs completed the payment of allowances to poor and vulnerable families during Kovid 19 for June on July 24. Spend more than $ 23.63 million on more than 530,000 families, while 30,000 more did not come to receive the money. Sponsorship.

According to the announcement of the Ministry of Social Affairs, Veterans and Youth Rehabilitation on July 24, 530,838 families with 2,153,114 members Received budget from the Royal Government with a total amount of more than 94 billion 551 million riels or more than 23.63 million dollars.

The Ministry informs those who have already received the allowance in June to pay the allowance for this July at the Wing counter Any without having to go to the commune hall again.

"For poor and vulnerable households whose equity card is valid and unverified in June, and for poor households, Just got a new equity card, please go to any commune hall to get support for July, which is open "July starts on July 25, 2020, and this opening lasts for 30 days."

The Ministry of Social Affairs thanked the relevant ministries for participating in the smooth implementation of this program and received acclaim from the national and international community. . At the same time, the Ministry requested the people to continue to cooperate successfully in accordance with the policy of the Royal Government to help society "without "Leave any people and no government attention."

Toch Channy, spokesman for the Ministry of Social Affairs, Veterans and Youth Rehabilitation, confirmed yesterday that the number of those eligible for the allowance was 560,000. Families, but in fact there are only more than 530,000 families. The other 30,000 families did not come to open. 610,000 families are expected to receive allowances for this July after finding another 50,000 poor families. Uses a total of about $ 28 million.

Meanwhile, four UN agencies are implementing joint programs with the Royal Government to support returnees from Thailand living in the province. Banteay Meanchey, Battambang and Siem Reap for a trial period of 6 months from this month.

Chou Bun Eng, Secretary of State for the Ministry of Interior, said yesterday that the participating organizations were the International Organization for Migration [IOM], the World Health Organization [WHO], and the United Nations. Nation for the People, UNFPA and UNICEF. The program will be implemented in all 35 districts of these three provinces.

She said the program was to prevent Kovid 19, health education and the provision of sanitation and prevention materials. In this program, there is also a livelihood solution by selecting according to some conditions in the commune-sangkat that can be done.

She said that the success of the project can be considered a success if the migrant workers from Thailand in the project are stable. People who live like ordinary people and do not go back to risking their lives by cheating and being sent back Back.

"The third success means he can protect himself from Kovid 19 because he does not risk it," she said. Danger while infected. "If he moves around, he is at risk of infection."

She says helping people in the three provinces is equivalent to helping 60 percent of the more than 100,000 people who Return from Thailand. Once the six-month program is successful, the United Nations and the government may expand to a nationwide framework.