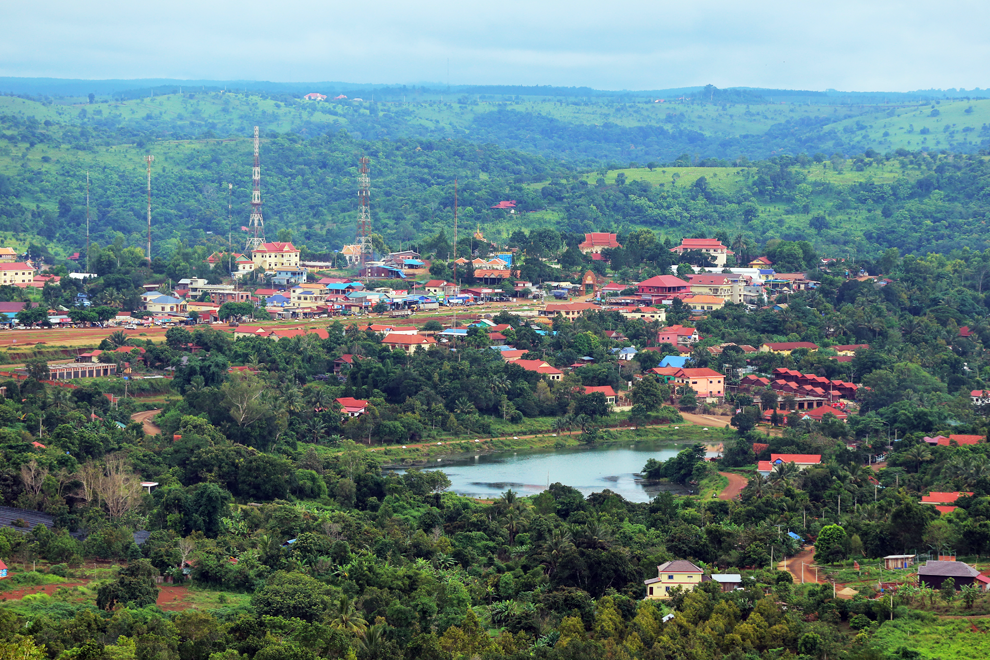 
Mondulkiri: The Ministry of Land Management, Urban Planning and Construction and the Mondulkiri Provincial Council have agreed to prepare the province for the first time in a 20-year plan. After several meetings for the development of a vibrant and sustainable green economy and for the preservation of biodiversity in Province.

The plan was approved at a meeting on 18 February with the participation of stakeholders from representatives of the Ministry of Planning. Land Management, Urban Planning and Construction, Mondulkiri Provincial Councilors, United States Agency for International Development (USAID), WWF Cambodia, and a team of land-based planning experts Well. This is according to the joint press release of the relevant parties.

Deputy Director General of the General Department of Land Management and Urban Planning and Deputy Secretary General of the National Committee for Land Management and Urban Planning, Mr. Meng Bunnarith, said that the land management plan This is the foundation for Mondulkiri, which not only responds to the needs of the people and develops in the era of regionalization. And globalization, but it provides a strategic direction to determine the form of provincial territorial development over the next 20 years. .

"The land management plan is an important strategic policy document that provides a vision and long-term development goals for 20 years," he said. Next year (2021-2040) as well as provide specific directions for the development of the province to ensure sustainable development linked And conservation. ”

He said the land management plan was designed to meet the growing needs of local communities, development challenges and changes. Environmental, cultural and socio-economic systems in the province.

Mondulkiri Provincial Information Director Sok Saroeun told the Post that the current development plan for Mondulkiri would help change the face of the rich province. Go with natural resources to stand out, especially to attract more tourists.

He said that during 2020, there was strong growth, especially in the land sector, the price has increased tenfold. "As the real estate sector grows, so will the rich who rush to buy land for resorts and restaurants, then there will be an increase in tourists," he said. "Make the face of Mondulkiri province change quickly in line with the strategy of the Royal Government to build the province."

Mr. Saroeun said that the preparation of the province's territory is also to facilitate the authorities in preparing development plans and land registration. .

He said: "On February 21, the Inter-Ministerial Commission came to register land on private land, people, community land and state land for convenience. "In management, divide which areas need to be developed to avoid conflicts and to facilitate the development of the province."

According to Mr. Sok Saroeun, Mondulkiri province covers an area of ​​more than 14,000 square kilometers and has a population of about 70,000.

At the same time, Ms. Han Ngoyen, Acting Director of the United States Agency for International Development (USAID), who attended the meeting, hoped that the plan Land Management in Mondulkiri will be used as a strategic tool to prioritize the development and conservation of this beautiful province By addressing current needs and ensuring the long-term sustainable development of Cambodia and low emissions.

Seng Teak, director of the Cambodian Wildlife Conservation Society (WWF), said the organization was ready to support the government in developing a sustainable land use plan to Preserve and protect rich biodiversity in Mondulkiri province. Mondulkiri Provincial Land Management Plan is a roadmap for effective and responsible management and balance of resource allocation. Nature and technical and social infrastructure, based on the actual needs of the province and legal principles, close participation and cooperation from all institutions and stakeholders All.