Minister: Driver's license deduction will be officially implemented in early 2022 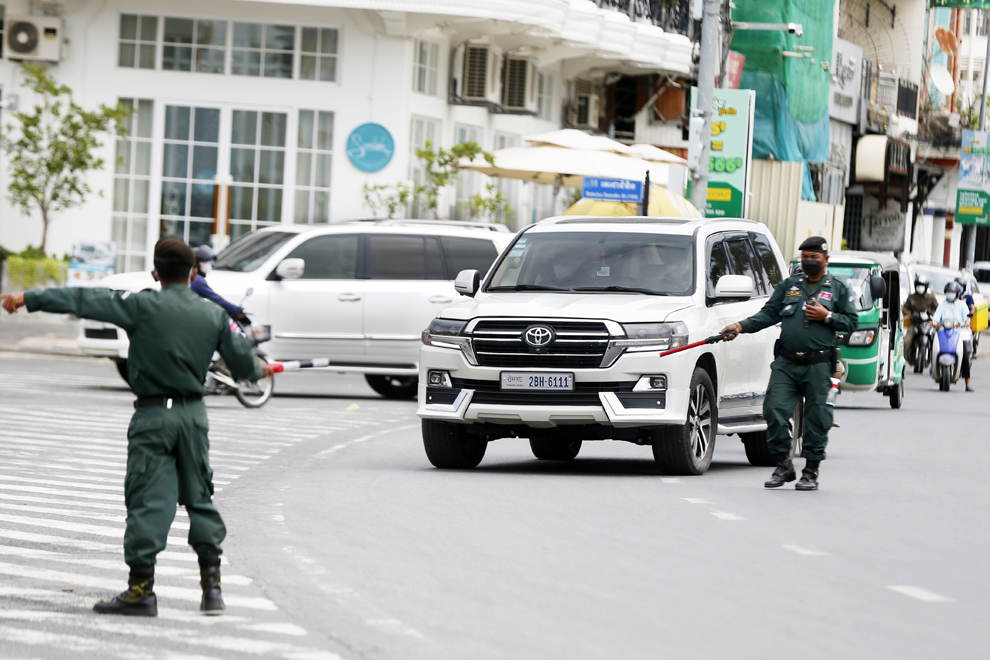 Minister: Driver's license deduction will be officially implemented in early 2022


Phnom Penh: The Minister of Public Works and Transport, Mr. Sun Chanthol, confirmed that legal measures to deduct points on driving licenses for traffic offenders Will be officially implemented in January 2022, while he reminded people to respect all traffic laws for the common good.

At the Official Opening Ceremony of the 5th Public Service Center of the Ministry of Public Works and Transport at Heritage Mall Siem Reap Provincial Minister of Public Works and Transport Sun Chanthol said on July 21 that he would report today. To the Minister of Interior, Mr. Sar Kheng, to review the new app, which is an application for deducting driver's license points.

"Tomorrow (the 22nd) I will report to Samdech Krala Hom Sar Kheng, Deputy Prime Minister and Minister of the Interior," he said. Surface and Chairman of the National Committee for Road Safety on the deduction of traffic violators shall be fined and withdrawn More points. "" We all get 12 points when we have a driver's license, but if we drive faster than the speed limit, how much will they deduct Points for drivers not wearing seat belts are fined and points are deducted, so the Ministry of Public Works and Transport "With the National Police, we have worked very well together to make this perfect app."

He emphasized that if Minister of Interior Sar Kheng reviews and approves the app, the Ministry of Public Works will start implementing it. The beginning of 2022. He said: "If Samdech Sar Kheng agreed and we end the App and we begin to promote the use and teaching. To the police officers, and on January 1, 2022, we will implement the deduction, so please be careful not to violate the law.

Mr. Sun Chanthol explained the reasons for the deduction of points on the driver's license as follows: "Why? As we have deducted points, any district also has deducted points so that this driver can obey the law to reduce traffic accidents Because every year we lose $ 350 million due to traffic accidents, people die, damage to public property, private property can not pay medical bills In total, we lose $ 350 million a year, so we do not want anything from the people to respect all the law. Each other.

Ms. Lim Sok, Senior Advisor of the Coalition for Road Safety (CRY), said that the launch of the grading program Driver's license will contribute to reducing traffic accidents and strengthen the morale of drivers on the road Public.

"If implementation takes place in early 2022, it will be part of promoting driver safety because The driver will start to pay attention to driving carefully, if he makes a mistake, he will face withdrawal Score or run out of points and he has to spend a lot of time to re-learn and some will be able to run out of points automatically. "A big mistake."

She said that when the law comes into force, it will help drivers to be alert. Extreme caution, while some people today lack caution on driving.

"In ASEAN countries, we see that this has already been done, and most of our people," she said. Not much attention is paid to this, mostly on the streets when we are in danger, we rarely check "His driver's license, so if they apply to deduct the driver's license points, he will be worried and more careful."