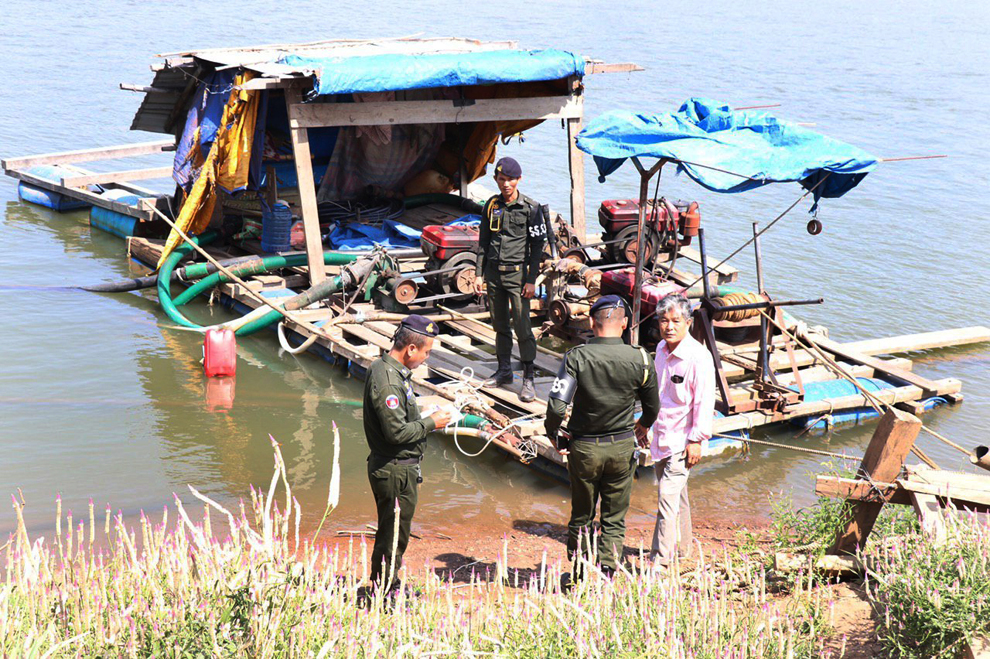 
Ratanakiri: Ratanakkiri Provincial Department of Mines and Energy officials crack down on sand dredging without proper license from Village 3 Ratanakkiri's Sra Khnom commune, Ratanakiri province, seized the evidence that was serving sand dredging, but officials did not confirm the detention. No perpetrator.

Sek Hay, district governor of Kompong district, said yesterday that a mix of law enforcement, including members of the Royal Gendarmerie and Ratanakkiri districts, had cooperated with expert officials. The Ratanakkiri Provincial Department of Mines and Energy has cracked down on sand mining activity after it was suspected of having no proper business license.

“He got agricultural land on the ELC, but he turned his engine and tractor into the sand and Delivery of wastewater. I did not know whether to detain people or not because I had told my forces to cooperate with a professional officer to do this work. And the next thing is to be in the field of mining and energy management. "

He said he did not know the name of the business owner and the leader of the dredging workers, but was informed that the equipment was Vietnamese firm Hoang An, a company that has been granted economic land concessions on agricultural land in the area.

According to a report of the gendarmerie, which appeared on GRK News on March 3, local forces The Kompong district gendarmerie, led by Mr. Som Vanna, the chief of the Kumban district, in cooperation with the provincial mining and energy forces The objects in action Logistical mining town located in the commune 3 Kon sreangkrang Kiri.

In the operation, the coalition seized one scooter, three 28-horsepower pumps, a hydraulic pump. Some sand and some exhibits. The exhibits are stored to wait for the procedure to proceed. Ung Hour, director of the Ratanakkiri Department of Mines and Energy, could not be reached yesterday.