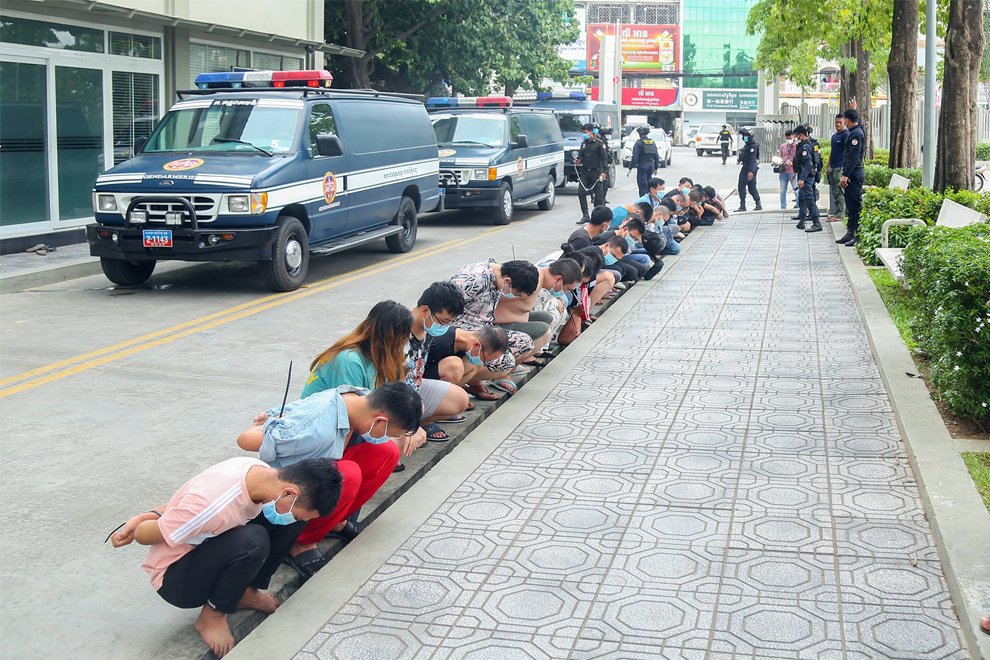 According to the Facebook page of the Phnom Penh Military Police, the operation was led by two deputy commanders. Brigadier General Pu Davy and Brigadier General Phan Daravuth cooperate with Don Penh Military Base Led by Lt. Col. Thong Piseth and with the participation of Mr. Sok Penh Vuth, Daun Penh District Governor under the coordination of Prosecutor Chhay Hong.

Phnom Penh Military Police continued that after the operation, the authorities are continuing to interrogate the suspects to build a case according to the law. How to proceed.

Eng Hy, spokesman for the National Gendarmerie, told the Post on August 13 that the suspect was Chinese. Nearly 30 people have been detained by Phnom Penh military police and are being questioned by police. He said that the procedure is the responsibility of the Prosecutor's Office of the Phnom Penh Municipal Court because it is In the investigation.

"Ask the prosecutor for details, because even though these people are in the military police," he said. "Research or investigation is also under the direction of the prosecution."

Kuch Kimlong, spokesman for the Phnom Penh Municipal Court, told Phnom Penh on August 13 that he did not know about the case. No, while he asked for time to research with the team first.

San Chey, president of the Cambodian Social Accountability Coalition, said that the case of the Chinese kidnapping was a case in point. Recurrences that often occur frequently in Cambodia. He added that this case is to show the weakness of the Cambodian authorities, which still allow the people. These Chinese can continue to commit criminal activities.

"The Chinese seem to be living in a state of neglect by the Cambodian authorities," he said. We see that this kidnapping is possible because there is no control that they have acted as a group, but Once. And again, we are skeptical of this sentencing procedure because the Chinese who committed crimes in Cambodia turned "Chea was sent back to China to serve his sentence in another country."

Mr. San Chey requested the Cambodian authorities to prevent crimes committed by This anarchic Chinese will put all Chinese under strict control. Take measures to prevent such anarchic activities from continuing.