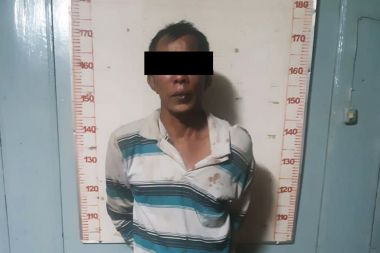 
Pursat: Pursat Provincial Court yesterday remanded in custody a military officer on charges of "premeditated murder" under Article 200 of the Code. Criminal after arrest in connection with the shooting death of a man in a drinking party on September 18 in Thmey village, Tnaot commune Krakor district round.

Pursat Provincial Court spokesman Heng Donin said the suspect, 57-year-old Prak Sophal, had been remanded in custody by an investigating judge. Pre-planned according to Article 200 of the Penal Code. I do not know when the hearing will be held.

Pursat provincial police chief Sar Theng said yesterday: “The police officers of the provincial police have finished their interrogation and have sent them to court, but "I do not know yet what the court will decide."

Khun Ry, deputy security chief of the Krakor district police inspectorate, said on September 20 that the suspect, a military officer at the rank of colonel, had a role to play. Deputy Chief of Intervention Brigade Training Office No. 14, Krakor District.

He said the arrest came after the suspect was shot dead by a 35-year-old man named Nuon Touch in the above commune. The incident occurred when the suspect was drinking alcohol and arguing with the victim, leading to a gunshot wound to the left rib. The victim broke his right rib and died instantly in a drinking party. "Immediately after the incident, our competent authorities cooperated with the Krakor district military police to intervene and we conducted an autopsy and Arrested the suspect on the afternoon of September 18, the day of the incident, while the suspect ran to hide at a nearby house That.