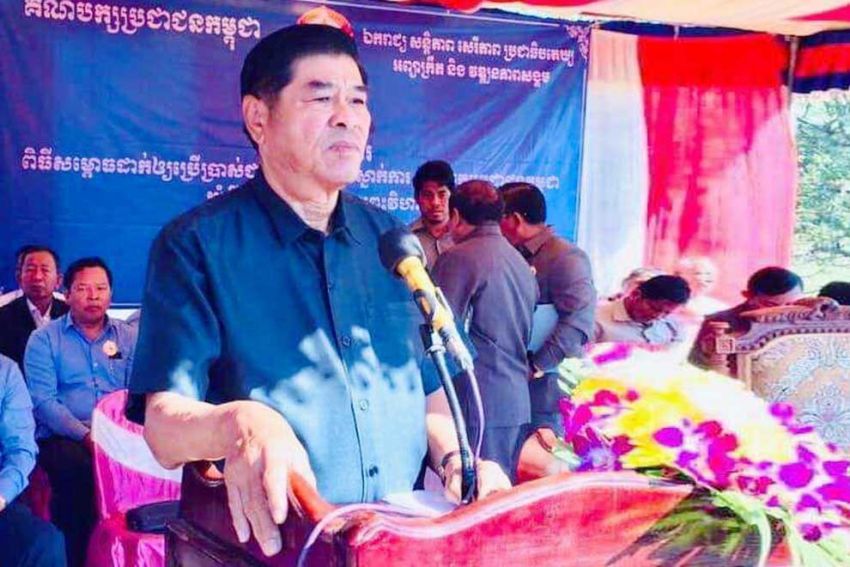 
The church: Senior Minister in charge of the Royal Government's Special Mission on UXO Minerals and the Royal Cambodian Armed Forces Engineer Meas Sophea Preah Vihear Provincial level urges people to be bold in public opinion Do not be afraid.

On the opening of the National Working Group's Public Forum in Preah Vihear Province in Ratanakiri District on February 11, Mr. Sophea mentioned Encourage citizens to have the courage to speak out in public forums. The Senior Minister said that he would like to hear the personal opinions of the citizens in order to work together to address issues that concern citizens Disarmament and also to improve the lives of the people. According to Rattanak commune police chief Heng Mong.

“He encouraged his people to take courage and raise concerns and suggestions and issues Happen in his community and dare to publicly comment on the good and the bad and not be afraid No, he said.

“Only a small number of people raised issues about forestry and rice farming due to drought, land disputes. And some have asked for schools, "he said.

In response, Meas Sopheak promised he would work to resolve the issue and advised local officials to work hard. Citizens and solidarity in solving the problem. He said he did not know why people were reluctant to raise concerns.

Ratanak commune chief, Pov Koeun, said that Meas Sophea, on behalf of the National Working Group for Preah Vihear, Ratanak Commune, Rovieng District, had gathered to promote Citizens have the courage to raise issues and requests locally. His words inspired some residents to raise their concerns for the team to address.

“This is part of the reform to implement the Royal Government of Cambodia policy and rectangular strategy. The Senior Minister will help people who face problems such as deforestation, forest clearing and community mobilization Help solve that. ”

Meas Sophea could not be reached for comment yesterday.