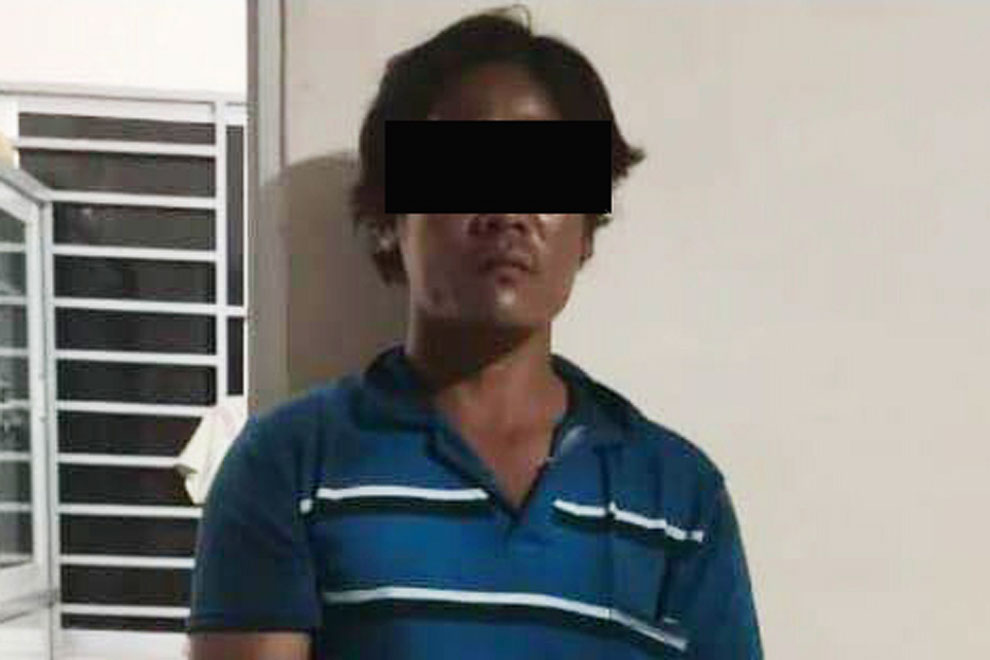 
Sihanouk: A man suspected of murder was sent to court yesterday after being arrested on August 23 in connection with The killing of a friend in Rithy 2 village, Keo Phos commune, Stung Hav district, Preah Sihanouk province on the night of August 15.

Kol Phaly, deputy commissioner of the Sihanoukville Provincial Police, received a criminal plan and told the Post yesterday that the suspect had killed a man in the district. Stung Hav, a specialized police officer from the Criminal Bureau, was sent to the Preah Sihanouk Provincial Court on the morning of August 25.

"The suspect was involved in a homicide and in my preliminary minutes sent to court it was written as The crime of murder.

Ros Kei, Stung Hav district police chief, said on August 24 that the suspect was 37-year-old Thai Reth alias Kun. The victim, 31-year-old Touch Chak, was a worker and lived in the commune. He confirmed that the authorities sent the suspect to the provincial police yesterday afternoon.

He said: "This person, my authorities have made a note and sent him to the provincial police commissioner, and according to me. "I know that criminal officers are taking action."

He said that during the drinking, there were three of them chatting, drinking and drinking as usual, especially the suspect did not show any behavior. Let the victim know that they are angry. After drinking, the victim walked home first. Meanwhile, the suspect followed and jumped to the victim's neck, and the suspect removed the belt from his waist and strangled the victim. Suffered until he died of asphyxiation.

He added that after killing the victim, the suspect did not escape until August 23. Arrested immediately.