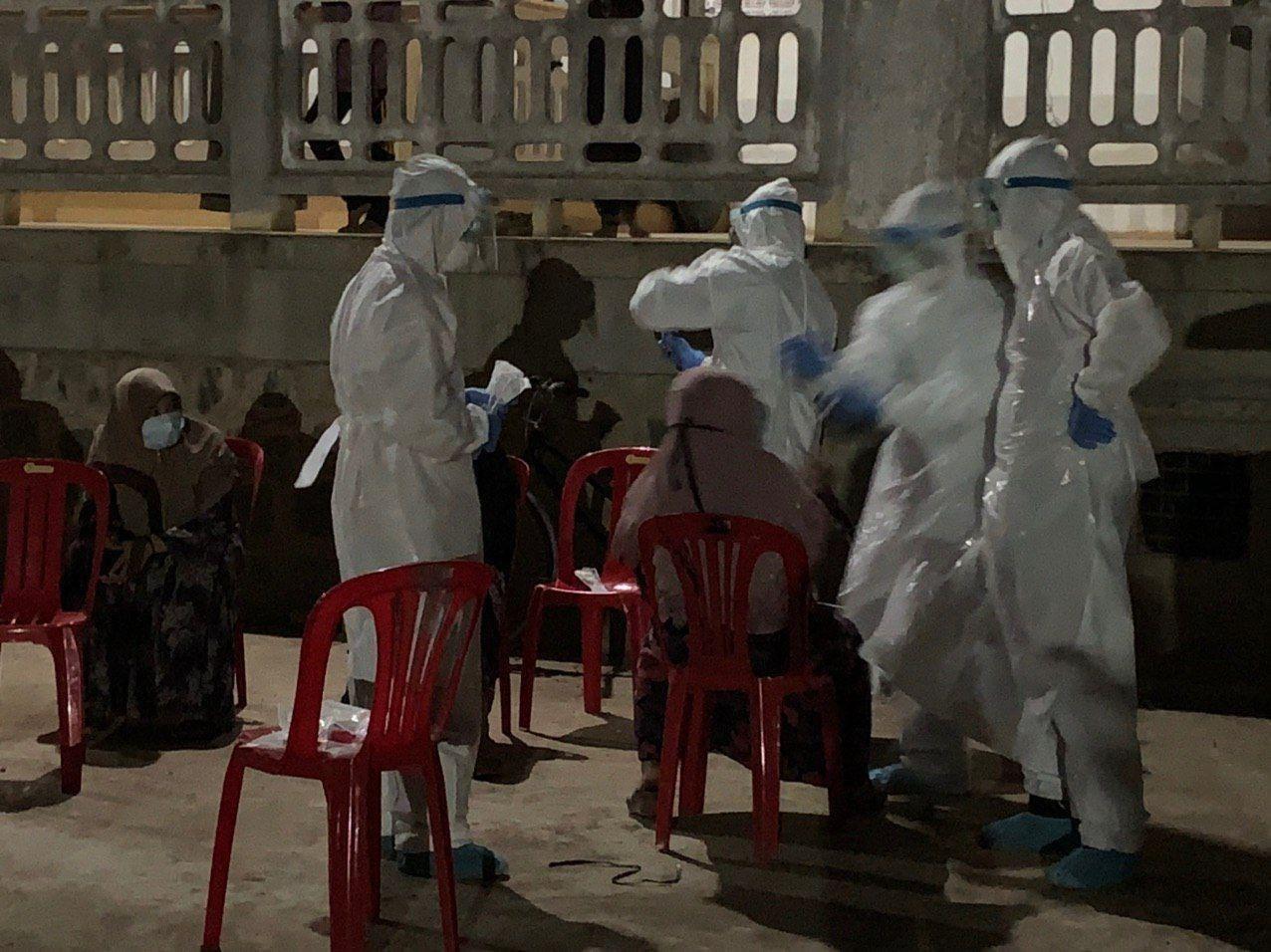 
Phnom Penh: Ministry of Health on the night of July 23, 2020 Issued a notice and commented on the case of a 21-year-old man who died during a tattoo operation in Tbong Khmum province.
According to preliminary conclusions, death can be caused by sudden shortness of breath, drug reactions, overdose and many of the same components due to Taking too many medicines at the same time can cause choking or other serious health problems.

Following the health rules, a team of doctors from the Tbong Khmum Provincial Health Department recommended measures such as forcing burial overnight to avoid possible contagion. The corpses were sent to the Institut Pasteur du Cambodge in Phnom Penh for the presence of Kovid 19 virus. As a result of the analysis of the laboratory of the Institut Pasteur du Cambodge obtained on 23 July, it was found to be negative for Kovid 19 virus. . Therefore, the conclusion on this death case may be due to suffocation combined with taking too many drugs that his body can not tolerate. 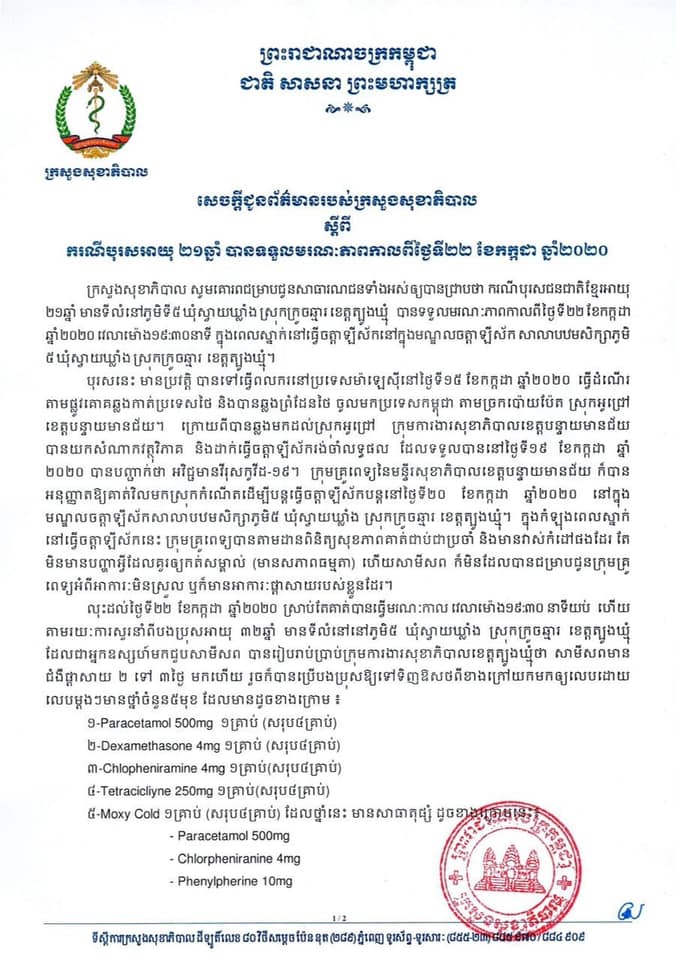 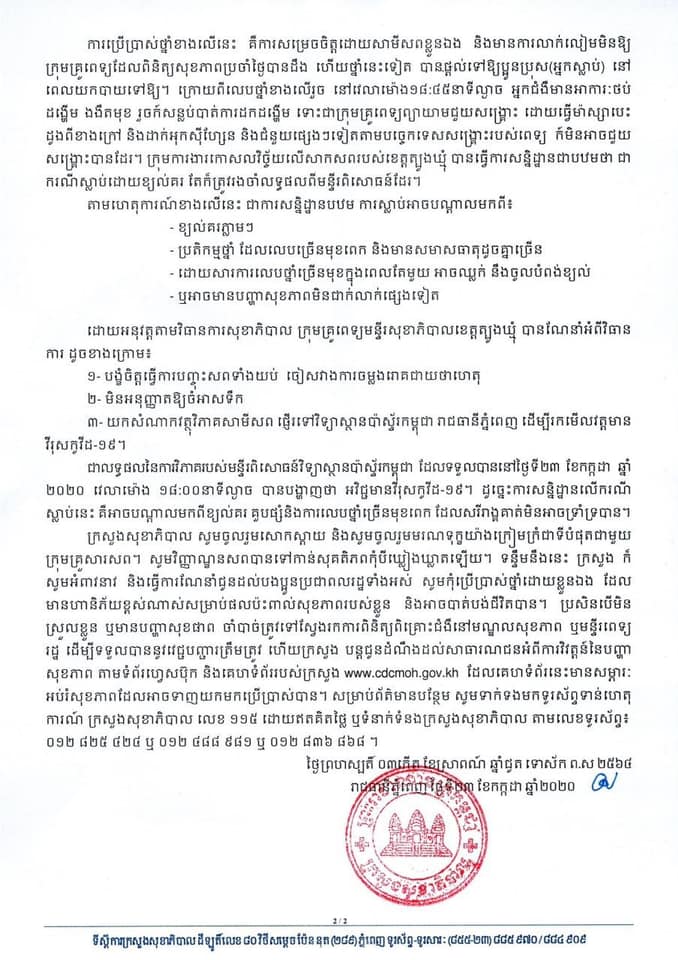