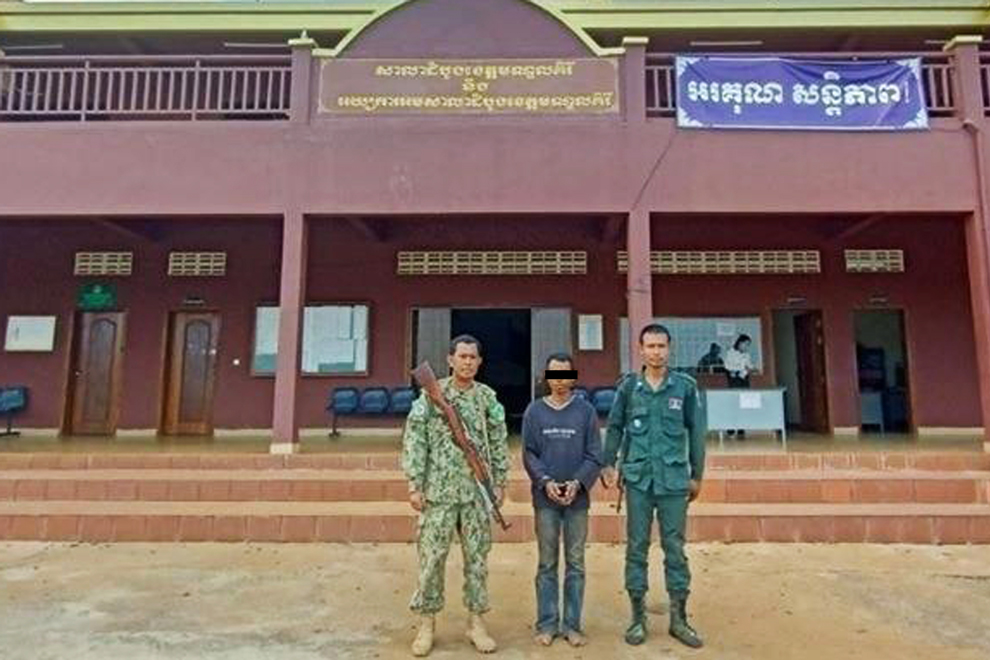 Keo Sopheak, director of the Mondulkiri provincial environment department, said Wednesday that the accused, 31-year-old Sava, was living in Chimrith village, Nirvil commune. Koh Nhek district was detained by authorities in Srepok Wildlife Sanctuary in Koh Trong island after he was caught in a trap. Thirty-five wildlife species survived Located in the Srepok Wildlife Sanctuary on March 21, 2020.

Officers also confiscated a number of crime items, including a knife, a jaw and unlicensed motorcycle. One unit is being temporarily stored at the environment office. The traps, which were set up by police, were collected and burned at the scene.

He said that after the arrest and interrogation, the suspects were arrested by the prosecution officials for the "resource violation". Class 3 nature ”and on the afternoon of March 25, 2020, the suspect was sent to Mondulkiri court for further proceedings. .

Later that same day, the court decided to charge the suspect with "traps" in the provisions of articles 61 and 56 of the law. On protected areas and ordered to be temporarily detained in Provincial Prison pending trial .

“He was previously sentenced to two months in prison by the Mondulkiri Provincial Court in connection with the case. He was charged with trespassing on Tier 2 natural resources, but he has not returned. In this case, the suspect has been charged with a Class 3 natural resource offense that faces a prison sentence. One to five years and / or a fine of 15 million to 150 million riel, ”he said.

According to Sopheak, nearly three months earlier, in the year 2020, rangers of the Mondulkiri Provincial Department of Environment issued an arrest warrant. 50 suspects sent to court for legal action related to forest clearance in wildlife sanctuaries and Northeast Biodiversity Corridor and Theft Case Illegal logging and transport through the Northeast Wildlife Sanctuary and Biodiversity Corridor