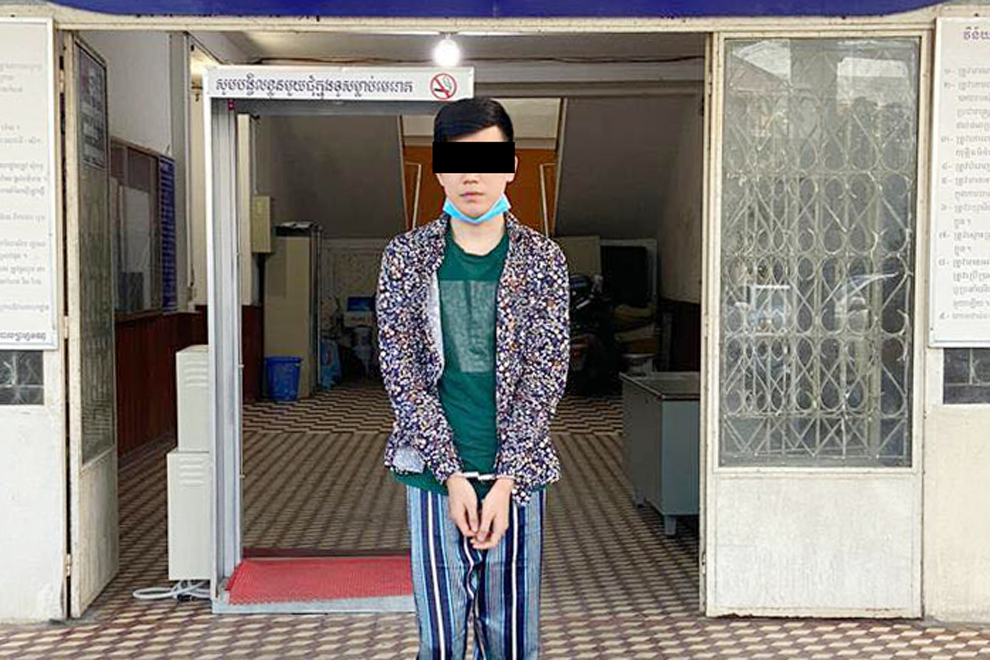 
Phnom Penh: Man involved in creating fake Facebook account, using pictures of beautiful women, chatting with men to get videos and nude photos and threatening to post Distributed to the public if the victim does not pay the required amount, the police have arrested him and are interrogating him and plan to send him to court Coming soon.

"We questioned him, and when he finished, I would order him to be sent to court immediately," he said. But now I do not know if it will be sent to court on the 29th or on the 30th of December. We want to send it to court as soon as possible. "But the important thing is that we finish questioning and identify them more."

"In this case, we cooperated with the victims and other professional officers to monitor the activities of the suspects and arrested them in Meanchey district," he said. The suspect was then handed over to the Tuol Kork district authorities for management, as the case was within Tuol Kork district jurisdiction. "We arrested him when he came to withdraw money from Wing after he threatened the victim successfully."

According to the report, after the arrest, the specialized force found in the suspect's phone all the naked pictures and videos of many men, all of which You cheat the suspect by comforting and sending pictures as well as videos of beautiful women to soften the victim and follow the instructions of Suspect. Tuol Kork district specialized forces have built a case of suspects to proceed with legal proceedings.