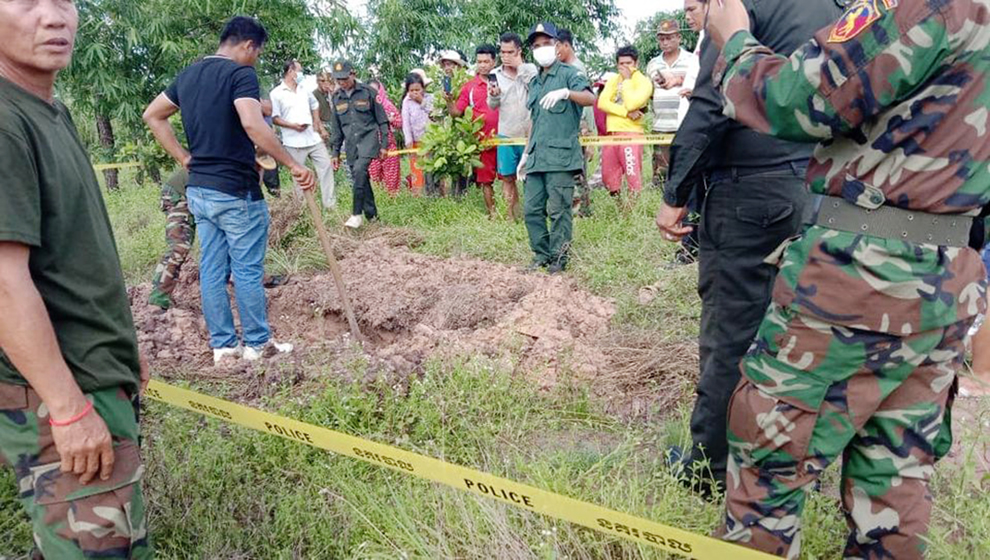 She says the court has already detained the suspect in prison. The suspect was charged by Investigating Judge Chien Sros with murder under Article 199 of the Penal Code.

According to Article 199 of the Penal Code, murder is punishable by 10 to 15 years in prison.

"The suspect's crime is a clear crime because he confessed and the authorities found the place where he buried the body," she said. "But how he is sentenced depends on the court."

Huy Sophon, police chief of Sraem commune police station, said that the victim was a widow with three children, a 16-year-old boy and The other two daughters are married. All three of them live in Kampong Chhnang province. The victim came to live with the suspect at the scene. Before the incident at more than 2 pm on September 17, the victim forbade the suspect to spend money and did not let the person hold the money. Just caused a quarrel.

He said that during the argument, the suspect grabbed the legs of the two women to fall backwards after banging his head on the floor, causing the suspect to faint. The victim was beheaded on the floor and died.